Theme: The Stories We Tell

They say that our world is full of stories. And with one in almost every nook and cranny of the globe, stories often tend to be unheard.
Correspondingly, TEDxHRCollege aims at empowering these stories, creating a unique community that unleashes their ‘idea worth spreading,’ ultimately fostering a pioneering change! With our theme for this year being “The Stories We Tell”, we are confident that the voice and stories of our speakers would bring in a great value of inspiration and kick start a thought provoking conversation amongst everyone present at the event.
We, at TEDxHRCollege firmly believe that the stories we tell shape us to believe who we are, and this belief translates into who we become. We believe passionately in the power of ideas to change attitudes, lives and, ultimately, the world.

Presently reclaiming lost Sindhi films as archival documents and examining the Sindhi identity through the lens of digital media, Bhavna Rajpal is researching on Sindhi cinema and Sindhi identity in India, in the post-Partition era. A doctoral candidate at the CNRS, EHESS in Paris, her PhD is on the pursuit and production of Sindhi cultural identity markers in India in the wake of Partition. A gold medalist in English Literature along with Honors in Political Science from St. Xavier’s College, University of Mumbai, Rajpal had pursued a Masters in English Literature from University of Leeds. During her London years, she was the curator and the director of the first-ever Sindhi Film Festival in London (Dec 2015-Jan 2016) that screened Sindhi films from Pakistan and India, also launched the Sindhi Film Festival 2.0 in Paris due to the fantastic reception of the venture.

From a young girl watching her grandmother cook for her family in Delhi to representing her country and its food on the global platform of MasterChef Australia, Depinder Chhibber has had quite a journey. A pharmacist by profession and now a celebrated chef, she was one of the top 10 chefs on the reality cooking series. She has always been heavily influenced by her culture and family and uses her food to remind herself that she is never too far from home. Depinder wishes to one day see more Indian influence in the culinary spheres and aims to bring greater representation of her country’s food to the forefront with her ultimate dream of writing a recipe book showcasing Indian Fusion Cuisine. Even though she now resides in Sydney, Australia, she has always remained connected to her true roots back at home.

An IT Engineer by education, Ironman Triathlete by passion and sustainability advocate by compassion, meet Harshvardhan Joshi, the youngest Expedition Leader at Mount Everest in 2021, who conquered the peak this summer despite unfavourable conditions while also creating awareness about sustainability through renewable energy. Come along as he takes you on his journey to the peak, during which he learns that while many things may not be in our control, something that always will be, is our choice to chase every opportunity coming our way. He is an avid believer of finding what truly motivates you and gives you a sense of purpose or as he likes to call it, finding your Everest!

Jack Randall is a Zoologist and Filmmaker, best known for hosting his television series, “Out There with Jack Randall” (Nat Geo WILD, Disney+). He is on a mission to meet every single species on the planet – up close and personal. At just 14 years old, he left his home in England to become an apprentice to Steve Irwin, learning to handle snakes and other reptiles. Jack then went on to study at the University of Oxford and today, he treks into the wild, searching for anacondas, crocodiles, exotic, endangered and iconic species, in some of the most unforgiving environments on the planet – inspiring others to get out there into the wild.

Co-Founder and CEO of Trica - a LetsVenture Company

Nimesh Kampani is the co-founder and CEO of Trica, a unified technology platform to manage equity and facilitate investments across growth-stage private companies, unicorns and global funds. He is a proud alumnus of Harvard Business School and a Chartered Accountant with more than a decades experience in banking and financial services. Prior to joining LetsVenture, Nimesh led the Investor Relations function at Kotak Mahindra Bank. While he isn’t digging into numbers, he loves diving into the world of books. Coin collection is a hobby he thoroughly enjoys. He derives his life lesson inspirations from the game of chess, which he also enjoys playing in his free time.

Shabnam Minwalla, former Senior Assistant Editor at the TOI, is a distinguished children’s author known for her bestselling books such as The Six Spell makers of Dorabji Street. Her books are being used as readers by numerous schools and are very popular among children today. At the tender age of ten, she realized her passion for writing and paved her way into journalism. It was only after becoming a mother, did she realize her true calling for writing books. Having spent most of her life in town, she aspires to make kids more conscious of the beautiful side of the bustling city of Mumbai. For her, it is the real experiences and incidents around, with a healthy dash of humor that is the secret recipe to her bestsellers.

Shabnam Nasimi is a Policy Advisor to the Minister of Afghan Resettlement in the UK. She is a leading British Afghan social and political activist, commentator and writer. She is the Director of Afghan Witness at the Centre for Information Resilience, which works to independently collect, preserve and verify information on human rights and current events in Afghanistan. Shabnam arrived in the UK at the age of eight with her family, fleeing the Taliban regime in Afghanistan. She is an expert on Afghanistan and has advised the UK Foreign and Commonwealth Development Office , the EU Special Envoy Afghanistan and other private companies, government agencies and NGOs - and is an ardent campaigner for women’s rights, an Ambassador for the 50:50 Parliament campaign.

Suveer Bajaj is an experienced entrepreneur who started the award-winning and renowned digital agency, ‘FoxyMoron’ when he was all of 19. Suveer’s ability to dive deep, analyse options, weigh variables, understand data and strategically advise clients has earned him & FoxyMoron the strong credibility it hones in the industry today. In the last 13 years, Suveer has steadily built a media network, ‘Zoo Media' which goes above and beyond to address solutions for brands in the rapidly evolving digital age. When he’s not working, you can bet he’s either on a scuba diving trip or on a mountain climbing adventure! 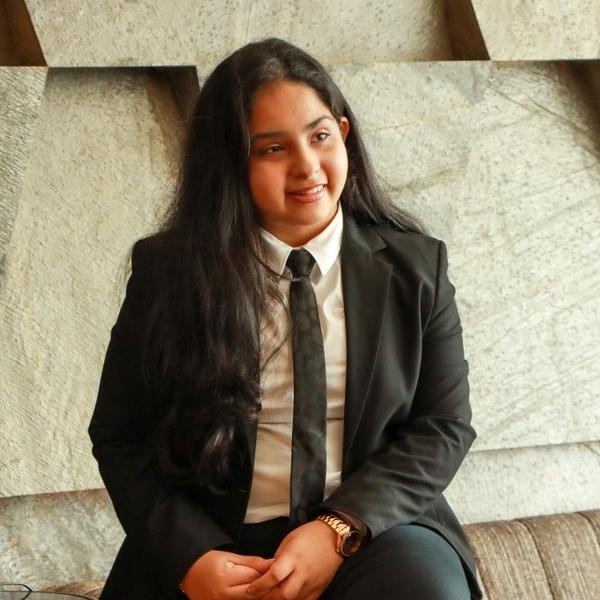