Abhimanyu Singh is the Co-founder of Hexpressions, a social enterprise making housing sustainable, affordable and accessible. He has created zero carbon footprint isolation cabins that can be put together by 2 people in 5 minutes. Leveraging architecture, design and Product thinking, he is changing the way we live.

Imagine you are sleeping peacefully in bed, dreaming about how you saved your school from a terrorist attack, and the next moment you find yourself completely awake and conscious but you are unable to move or even speak. Terrifying, isn't it? Our speaker Dr. Baland Jalal is here to help you. Dr. Baland is a Neuroscientist and Visiting Researcher at University Of Cambridge in the Psychiatry Department, and is one of the world's leading experts on Sleep Paralysis. He has spent years exploring this spooky phenomenon and how people in different countries and cultures perceive it.

If you think ignorance is bliss, think again as our co-speakers Rishabh Jain and Mandeep Gill talk about how ignorance can lead to major financial difficulties for common people. Mandeep Gill is a labour law and finance enthusiast, photographer and amateur filmmaker. Together they founded the popular YouTube channel Labour Law Advisor which aims to simplify labour law for the common man.

Rethinking the way we think can heal the world. When was the last time you walked off after an argument thinking, “Wow! That changed my mind!”?. Our speaker Parvathy Sailesh is here to breach the barriers in our minds with her take on critical thinking and how essential it is for us in today’s world. She is a first-year graduate student of Development Studies at IIT Guwahati. Her career vision is to make a visible, sustainable and holistic impact on human development as a policy researcher-practitioner.

Pritam Patra, better known as Torque Magician, is a professional entertainer who uses highly sophisticated sleights of hand and technology to create the illusion of magic and mind-reading to leave the audience amazed and questioning reality. He is also a graduate of IIT Guwahati with a degree in Electrical and Electronics Engineering.

Richard James MacCowan is the Founder and Creative Director of Biomimicry Innovation Lab and Biomimicry UK Foundation. Involved with multiple global ventures tackling climate change, grain storage, and farmer's rights, Richard is one of the most entertaining and informative speakers in the world. Working at the intersection of Nature, Design and Development, Richard brings in a new perspective to sustainable innovation.

If you think ignorance is bliss, think again as our co-speakers Rishabh Jain and Mandeep Gill talk about how ignorance can lead to major financial difficulties for common people. Rishabh Jain is an alumnus of IIT-B, a third-generation labour law consultant. Mandeep Gill is a labour law and finance enthusiast, photographer and amateur filmmaker. Together they founded the popular YouTube channel Labour Law Advisor which aims to simplify labour law for the common man.

500000 kms. 17 states. 500 days. That has been his journey so far. Here we have a 19-year-old Rohan Agrawal. Quitting in his 2nd year of B. Com, believing in the ancient Gurukul system of learning, Rohan set out on a mission. He wants to learn, understand, and preach humanity, while also raising voice against plastic waste. He’s touched thousands of lives on his journey, and hopes to touch a few more using this platform.

"Freedom cannot be achieved unless women have been emancipated from all kinds of oppression." Our speaker, Dr Sawmya Ray, a professor at the Department of Humanities and Social Sciences, IIT Guwahati, expresses her thoughts on gender socialisation. Her areas of specialisation include Sociology of Gender, Sociology of Law, Human Rights and Gender, Sex Trafficking, and Caste Studies. 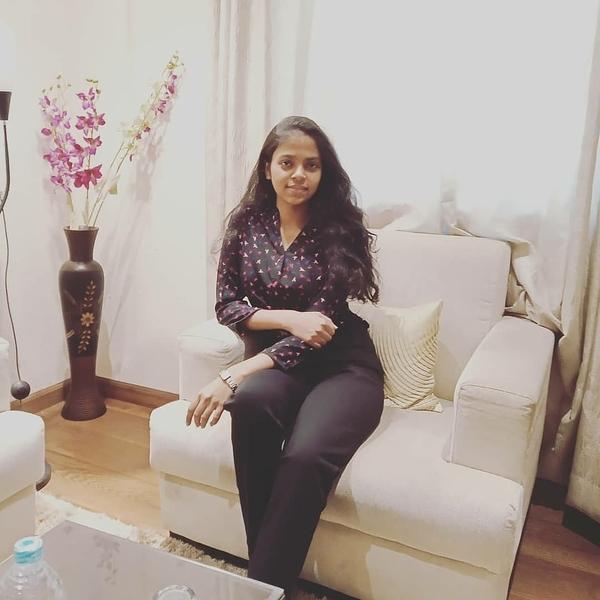