Theme: Human Together: Celebrating our Kaleidoscope

TEDxFrensham 2022 will celebrate the diversity of humanity.

Speakers have been chosen to represent areas of society, culture, education and science that could benefit from diversity of thought and humanity. The event will present multiple issues and a diversity of voices sharing stories to challenge and shape our thinking as a strong community that can make a difference in the world, through our collective humanity.

Director and Founder of Music as Therapy International

Alexia Quin is the director and founder of Music as Therapy International, a charity aiming to make music an integral part of care for vulnerable people worldwide. Alexia’s passionate belief in the power of music to reach and connect people of all ages, led her to pursue a career in music therapy after working with some of the most vulnerable and disadvantaged children in Romania’s notorious orphanages over 25 years ago. In recognition of her international work, Alexia was presented with the World Federation of Music Therapy Advocate of Music Therapy Award (2017) for major contributions to the promotion of music therapy in areas of the world where the profession is less established. Alexia was also a member of the Commission which examined the role of music within the care and treatment of people living with dementia (2018). Alexia was awarded an OBE in The Queen’s Birthday Honours List 2021, in recognition of her contribution to music therapy.

Founder of Power The Fight

Ben launched Power The Fight in Jan 2019 to train and empower communities to end youth violence. Since 2019 Power The Fight has trained over 12000 practitioners in understanding the issues surrounding violence affecting young people. One of The Evening Standard’s Progress 1000 London’s most influential people for 2018, Ben is an experienced trainer and facilitator with more than 20 years spent working with high risk young people in the field of gangs and serious youth violence. Ben began his career developing programmes in some of the most challenging estates in London (Brixton, Clapham and Lewisham). In 2003 he became a learning mentor at a primary school in the borough of Lewisham, South East London before joining the Lewisham Youth Offending Service, where he worked in a number of roles, including leading the early intervention team. His best selling book We Need To Talk About Race – Understanding the Black Experience in White Majority Churches was released in July 2019.

Geoffrey’s role in global companies sees him responsible for building the function and partnering with leadership to set direction. He looks at policies, practices and how they can educate everyone with the intention that it leads to an integration of these practices into business DNA. Regardless of background, age, race, gender, sexuality, geographic location etc, Geoffrey believes everyone must have equal outcomes for all that work within the company. Geoffrey is also the co-founder of social enterprise, Rocking Ur Teens, which introduces young people aged 13- 14 (girls and boys) to the world of work. Launched in 2014, they have reached over 200 schools across the UK and taken over 2000 teens through their programmes that develop entrepreneurial spirit, agility & flexibility, character, self esteem and good mental health/wellbeing.

Iain Wilkie rose to the challenge of succeeding as a quiet leader with a stutter in a large global organisation - becoming an equity partner in EY for 21 years, including as a member of the UK & Ireland Leadership Team and chair of the UK firm's Partner Code of Conduct Committee. Since leaving EY in 2017, he has built his coaching and mentoring practice and founded 50 Million Voices - a global charity with a footprint in 5 continents.

Jess Thompson, prior to setting up Migrateful, studied abroad in Mexico, where she learnt about the causes of the global migrant crisis being rooted in the legacy of colonialism and the inequalities of the capitalist global economy. She then spent two and a half years working on the front line to support migrants and refugees in Ceuta, Morocco, Dunkirk refugee camp in France, and London. In 2017 she completed the Year Here Fellowship which gave her the training and network to set up Migrateful. She was featured on the 2020 Forbes 30 Under 30 List and also the 2020 Women of the Year List in recognition of her achievement.

Katie Litchfield is the founder of WeQual - driven by a determination to tackle the lack of diversity and equality in the leadership of the world’s biggest businesses and beyond, Katie she has created a dynamic and well-respected company organisation that is rapidly disrupting the status quo and changing the way multinationals think about organising their leadership. In a little over a year since its inception, Katie developed WeQual into a multi-faceted vehicle to identify, encourage, engage, educate, mentor, showcase, and champion the many talented women yet to reach C-suite level through the WeQual Awards, and WeQual Global Membership.

A London-based dance entrepreneur and advocate

Lucy McCrudden, aka Dance Mama, is a London-based dance entrepreneur and advocate. She is Founder of dancemama.org - a community, information and professional development hub and platform profiling significant parents in dance and the arts. Lucy has instigated international and national networks for colleagues working with dancing parents. Lucy has dove-tailed her own work with holding key positions in learning and participation over the last 18 years.

Martín is a biomedical engineer based in University College London’s renowned faculty of neurological research. One of Martin’s main interests is science dissemination. He’s fascinated by the growth of science in the last decades as a popular topic which has now begun to take it’s spot in mainstream media. His talk will celebrate the work of researchers from all over the world, and try to make science more accessible to everybody.

Mills is a bit of a genius, masquerading as a joker. He’s spent his life being very serious about never being serious, while accidentally doing some serious things! He’s ultra passionate about supporting early stage creative founders. He always wears micro shorts (deal with it!) He wrote the highly unpopular ‘Dogshitter Wants’ series which aired on MTV at 2am weekly; co-created ustwo or fampany as he liked to call it; and unleashed a little game named Monument Valley to the world all while not realising he had the ADHD superpower (diagnosed in his early 40s). He now takes antidepressants because he struggled to find the meaning of life - turns out running 100 miles in a day didn’t help. He loves hearing a good pitch and he spends his day hunting for them!

We ask young people how their built environment might be improved and empower them to bring that vision to life. Each project has a clear pathway: briefing, design and build, with the children and young people at the centre of every stage. In the five years we have been operating we have accomplished projects at a range of scales. These include a permanent outdoor classroom with Oakfield School in Hull which went on to win The People’s Choice Award in the AJ Small Projects Awards 2018 and was short listed for the 2018 inaugural international Dezeen Design Awards. 2019’s Mega Maker Lab, in partnership with The Institute of Imagination, brought together 100 primary school children to create London’s first family maker space. We are currently working with Brixton House (formerly Ovalhouse) and local 10-year-olds to make a performance space for young people by young people, which we are determined to complete once lockdown is over.

Paralympic champion in both rowing and handcycling.

Rachel is a Paralympic champion in both rowing and handcycling. She is developing programmes to enable those with mental health challenges, special educational needs or disabilities to get support through sport. Rachel also works part time with the Millbrook wheelchair service in Surrey, where she supports users and carers with wheelchair skills & coaches them to engage in life through sport, art or work. Rachel is a fulltime cross-country Paralympic skier with GB Snowsport. Rachel is educated in Neuro Linguistic Programming (NLP), Mindfulness, Rational Emotional Behaviour Therapy (REBT), Cognitive Behaviour Therapy (CBT) and she is a Reiki Master.

A digital leader with 25 years of experience, Richard has been a Digital Director in 5 of the UK's largest independent agencies and runs his own digital consultancy, called Brightful. During the pandemic, Richard founded a not-for-profit social enterprise, called Winchester Creatives CIC, that helped to significantly reduce the feelings of hopelessness, job despair and isolation in young unemployed people under the age of 25 in Hampshire.

Steven Frank was born in 1935 into a secular Jewish family in Amsterdam. With the outbreak of the war the family decided to remain in Holland. Steven’s father joined the Dutch resistance and helped many people escape but in 1942 he was betrayed and sent to Auschwitz where he was gassed. Steven and his mother and brother were taken to Barneveld and then Westerbork. In September 1944 they were sent to Theresienstadt where the whole family miraculously survived. 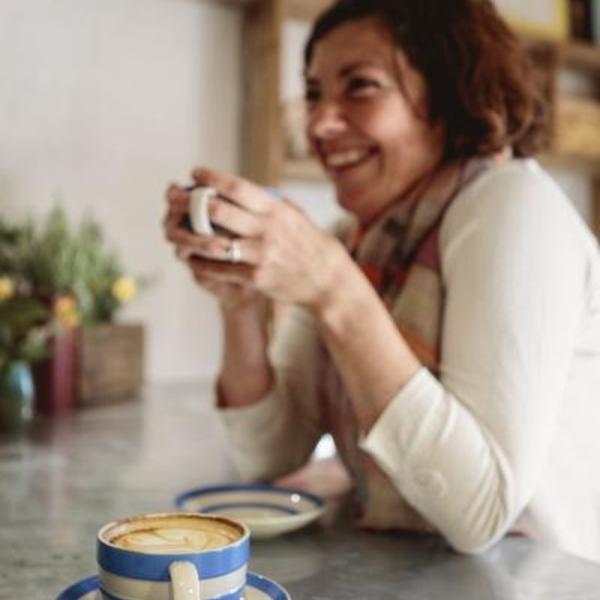