A student’s life needs to be filled to the brim with experiences that enhance learning, encourage expression, exchange of ideas, and ignite thinking. Young people today reflect responsible global citizenship and an appreciable clarity of vision.

As educators in these dynamic times, our job is to ensure that curiosity, research, reflection, and deliberation across perspectives continues... while we lend them our patient ears and proactive minds. We feel with them, rejoice with them, resonate with them, encourage questions, and most importantly learn from them.

TEDxYouth@GEMSInternationalSchool believes passionately in the power of ideas to change attitudes, lives, and ultimately the world. Join us as we celebrate this journey of deconstruction with the young minds of tomorrow.

It gives us immense pleasure to announce our first TEDx event on the 30th of April 2022. The theme for this event is ‘Deconstructing Stereotypes’.

I am A Nitiya Naren. I am really curious about things and want to always explore and learn something new. I am a fun-loving and happy person with a positive attitude toward things. In school : ● Best Delegate Award in UNHRC in THSVK MUN 2021. ● High Commendation Award in ICC in THSVK MUN 2020. ● TED-Ed Student Talks Speaker in 2021 batch: https://youtu.be/_MPEPLCCX0k ● Part of the school band as a drummer. Outside School : ● Secured Silver Medal in IOSA (International Olympiad for Stem & Aerospace) Olympiad Phase 1 & 2. ● Rockschool: ○ A distinction in Grade 3 and Grade 5 Drums Exam. ○ High Achiever in North India Award in Grade 3 Drums Exam. ● Trinity College London: ○ A distinction in Plectrum Guitar Initial Grade. ○ Merit in Plectrum Guitar Grade 2. ● Participated in the Guinness World Record hosted at IISF Science Fair.

Born on the 13th of January 2009, I come from God’s Own Country, Kerala. I relocated to London with my family when I was 4 and returned in 2018 having been fortunate to visit a few other countries. I was born with a fascination for nature and wildlife, usually spending my time outdoors trying to befriend a dog or indoors petting my cockatiel. I love to play badminton and swim. When I get a break, you can find me lazing around the house watching a series of The Walking Dead or holding a good Jack Reacher in my hands. Of late I am taking a keen interest in Fitness as I believe having a healthy body and mind is essential in the long run and it helps me unwind. I love to meet people and interact with them. I enjoy spending time with my friends, cracking jokes or even just laughing at utter nonsense. As for my aspirations, I honestly don’t have a clue in the slightest for now. I feel a sense of pleasure in being aimless, without a goal as such.

Garv is a student fascinated by his love for space and technology. He likes to explore various cultures and has participated in a few international events. He plays football and has a passion for filmmaking and design

A student with a keen interest in public speaking and presentations. a confident person and hopes to pursue a career in fashion. has an optimistic approach towards everything and loves to connect with people

John has been in the international education industry since he graduated from George Washington University in 2003 where he studied Russian language and international affairs.He speaks fluent Russian, Spanish, and Swedish and has knowledge of Mandarin Chinese. In 2009, he completed his Master's in comparative political economy at the London School of Economics, specializing in the development of Russia and China. He has lived, worked and studied in Mexico, the United Kingdom, Russia, China and Sweden and has recruited students in over 45 countries for universities and high schools throughout the United States. In 2011, John co-founded an international education company, UTP High Schools, which manages and maintains international programs on several high school campuses throughout the USA. In 2021, UTP joined forces with Amerigo Education. At Amerigo John directs our product development and marketing teams.

Relationship Manager and a Motivational Speaker

Discovery - a road that never ends; the journey goes on forever. A Hotel Management graduate from Institute of Hotel Management and Catering Technology, Hyderabad, Payal worked at the Front desk at the then Krishna Oberoi before she lost her sight and hearing ability to a cerebral attack in 1992. Six years of denial, partial recovery of her hearing and subsequent active rehabilitation put her back on her feet. Employed by the organization that rehabilitated her, Caring Aid for the Visually Impaired, the next six years were spent in giving back to the community of blind and visually impaired as a resource person, mentor and teacher. Working as a Relationship Manager and servicing clients for both unit and regional sales has been a challenging but fulfilling journey. She is currently involved in creating awareness and sensitizing corporates and institutions about disability and inclusion, through motivational talks and workshops

Pradnya Bhat, has been a part of the GEMS school community from the last 11 years, and a part of the Student Council thrice (As Junior Head Girl, Editorial Board member, and Vice-President Quill Club). My recent achievements include: •Gold medalist in Crest Olympiad 2022 •Qualifying for the Veer Gatha Project 2022. •Several influential programs (Vasudha International), many focusing on the importance of the SDGs. • “Best Speaker” in Ilaria bilingual debate 2021; •Participated in the Microsoft World Culture Event 2021; •Participated in the Science Exchange Program (online) South America on Global Warming 2021 •Receiving recognition as one of the best speakers in declamation on “Zero Plastic Living”; •Participated in the Student Exchange Program Dubai,2019. *Participated in the SLN show 2020, and have my short story “Heroic Deed” published on our school’s blog website ‘Gems Student Voice

Pratham Gupta, a 17-year-old senior in high school, is an ambitious yet altruistic young mind. He has authored 3 fiction books, including 2 collaborated anthologies, and has won accolades in various debate and MUN competitions. As the Senior Editor of Alfaaz Magazine, he also writes to increase awareness about the LGBTQ community- advocating for the inclusion of queer voices and spaces in a heteronormative society.

Quick learner ; Carpe demist I’m 14 & currently studying in class 10th in Army Public School,Hisar I’m a very hardworking individual who keeps on striving until the goal is achieved. My interests include photography and discovering new trends in tech. I believe ‘if u want to be happy, do not dwell in the past, do not worry about the future, focus on fully living the present’. Out of the many things I have achieved, I would like to count on: 1. Being the Junior Head boy in class 5th. 2. Winning National essay writing Competition. 3. Won the cluster level Debate Competition in 2020. 4. Bagging the rolling trophy in Sahodya Declamation Competition in 2021. 5. I was a part of an International Exchange Program with Mexico in 2022 6. With UAE and US,I participated in another International exchange program in 2022.

Rihaanna Anand is an enthusiastic 13-year-old who has a passion for public speaking and meeting new people of various age groups. She has varied areas of interest such as golf, archery, kathak, embroidery, knitting, and cooking. Her role models are both her grandmothers - strong, confident, independent women who have played a big role in shaping her broad outlook. She aims to become a photographer and travel the world while capturing its beauty. She is also an animal lover and hopes to open an animal shelter one day.

Shreyaan's purpose in life is to empower people to dream big by achieving freedom of thought and action. He loves creativity, it gives him that freedom, so he tried selling his paintings and has now sold 30 of his paintings. He opened his own school bank and took interest in borrowed money, but all he was doing was taking things from this world from this society, he had become very materialistic. until he got an opportunity of a lifetime,an opportunity to give back to society,by increasing the size of people’s dreams through education.He hired 10 IIM graduates for 2 months who helped him learn & build the business model and Shreyaan co-founded Online Live Learning, shortened to OLL, on 4th Apr '2020. OLL is a marketplace where learners can learn practically from good quality educators. OLL has taught over 32,181+ Learners and has earned 3,617 educators.He is a role model in a true sense for all who aspire to achieve the impossible and strive to transform their dreams into reality. 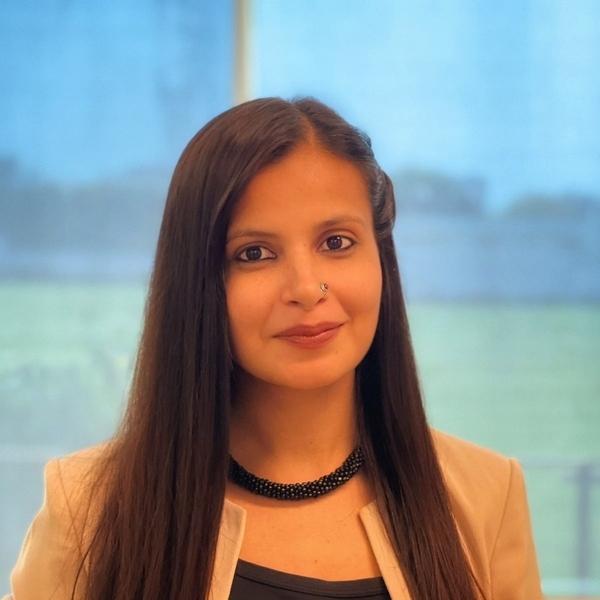