This TEDxNTU event will be exploring one of the most elusive and fuzzy mental states commonly known as 'Happiness'. Entitled 'Pursuit of Happiness’, the event shall feature speakers from diverse backgrounds with unique, exotic experiences. Together, they will paint a Scientific, Social and Psychological picture of 'Happiness' and it’s 'Pursuit' by drawing forth inspiration from their lives & research.

Nattavudh Powdthavee is an assistant professor in economics at Nanyang Technological University. He received his PhD in Economics from the University of Warwick, UK, in 2006. Since then, he has been researching and publishing almost exclusively in the field of his passions: the economics of happiness. His research findings appear regularly in the press, including international newspapers such as the Financial Times, the New York Times, and the London Times. He is also an author of the book “The Happiness Equation: The Surprising Economics of Our Most Valuable Asset”, and has been a guest blogger for Nature.com. He will soon be joining London School of Economics and the University of Melbourne as Professorial Reseach Fellow at the age of 34. His talk ”If the Best Things in Life are Free, Then Why Aren’t We Happy All the Time?” will focus on why even though we claim to know the things that do make us happy are free, we still spend much of our effort and time pursuing the things that we claim to know to have small or no effects on our happiness.

Psychologist - Singapore Psychological Society & Raffles Institute of Higher Education, Dr Anna Leybina is a lecturer at Raffles College of Higher Education, she is also a Singapore Psychological Society (SPS) council member in charge of public education and communication. Dr. Anna gives educational talks on behalf of SPS to Singapore Cancer Society (SCS), Singapore Association of Mental Health (SAMH) as well as to various support groups and non-profit organisations across Singapore. Being a specialist in Educational, I/O psychology and trained in psychological assistance in crisis state she is passionate about community development. Dr. Anna is conducting a multicultural research with regards to activity and lazyness, creativity and work effectiveness.

Celebrity Lawyer,Samuel Seow is the Managing Director of Samuel Seow Law Corporation; and counsel to internationally renown clientèle, include local and regional media superstars (whether or not embroiled in high-profile legal tussles). Samuel’s specialised lawyering portfolio as well as his passion for the arts and entertainment industry, has led to his label of “celebrity lawyer” by the local and regional press. Samuel draws from his interactions with celebrities and with the media, sharing his experiences as well as his opinion on the effect of fame and celebrity status on one’s happiness. Many view celebrities with envy, perceiving that they live in a rarefied gleeful air of glamour and glitz. Samuel seeks to examine the traditional preconceptions of fame, wealth and happiness and considers whether they truly apply. In the wake of the recent passing ons of several notable “gone-too-soons”, the question: “Does achieving fame actually make you happier?” becomes especially interesting.

Corporate Psychologist,Benedict is the Managing Director and Acting Chief Psychologist of iGROW, a nationally recognized psychological consulting firm that aspires to be the thought leader, advocate and enabler of Happiness at work, families and life in general. He has accumulated more than a decade of valuable experience impacting corporations, communities and youth in various settings.

Maureen Neihart earned a varsity letter in men’s collegiate wrestling in 1976, was bitten by a black adder in Sweden in 2003 and had a small role in a Broadway musical in 2004. She fantasizes about living a literary life. Her one act comedy, The Court Martial of George Armstrong Custer, was produced and filmed for local television in the US in 2000. Professionally, Dr. Neihart is a licensed psychologist and Associate Professor at the National Institute of Education. Her special interests “behavioral vaccines” – simple action steps that have been scientifically proven in clinical trials to improve well being. She knows your relationships are good. She believes they could be FANTASTIC.

Dr. Albert K. Liau is Associate Professor and the Assistant Head of Research for the Psychological Studies Academic Group of the National Institute of Education, at Nanyang Technological University, Singapore. He is a Developmental Psychologist and is passionate about increasing the well-being of children and youth. His recent research interests include personal strengths, resilience, positive activity interventions, and the social-emotional impact of Internet and video-game use on children and adolescents. He is the author of a strengths-based instrument called the Personal Strengths Inventory, and has co-authored the book, What Do I Say to My Net-Savvy Kids: Internet Safety Issues for Parents.

Dr. William Wan is General Secretary of the Singapore Kindness Movement and the World Kindness Movement. He was the Senior Vice-President of Talent Plus and a free-lance consultant prior to taking up leadership in SKM. He has graduate degrees in law, philosophy, religion and theology.He has served on the editorial board of the Singapore Law Gazette, the Ethics Committee, and the panel of Criminal Legal Aid Scheme of the Law Society. He had previously taught law as an adjunct lecturer at the University of Singapore and the Police Academy.He was the Distinguished Visiting Professor of Asian Studies at Eastern University in Pennsylvania, and Vice-President and Academic Dean of OBC (now Tyndale University College) in Toronto, Canada.Dr. Wan was a columnist for a Canadian newspaper titled Out of My Mind. Currently he writes a column for the Asian Beacon.

Behavioral Economist,Yohanes Eko Riyanto is an Associate Professor in Economics at the Division of Economics, School of Humanities and Social Sciences NTU. Previously he has held various research and teaching appointments at the National University of Singapore, University of Groningen (The Netherlands), and Katholieke Universiteit of Leuven (Belgium). He holds a Ph.D in Economics from Katholieke Universiteit Leuven (Leuven-Belgium). His research areas are in Applied Microeconomics focusing on Experimental and Behavioral economics. His latest works investigate a wide range of issues such as bounded self interests, cooperation and coordination in social dilemma settings, behavioral economics analysis of individual choices and behavioral game theory. He is a prolific researcher and has published widely in leading international refereed journals. He teaches Behavioral Economics course at NTU. 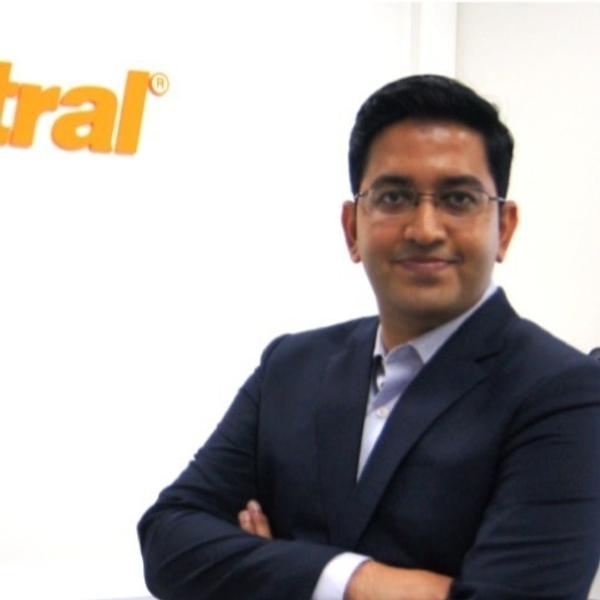