As much as people have tried to define “normal” in relation to intellectual abilities, physical abilities, or living standards, there is far too much variability for there truly to be a normal. A common phrase for many throughout the pandemic has been “finding a new normal” but what would the world be like if we not only accepted that there is no normal but also celebrated our differences?

Dr. Cecilia Cruz has an MPH in International Health, and is a board certified Emergency Medicine physician with over twenty years of experience. In 2018 Dr. Cruz was diagnosed with invasive breast cancer. Although that was a very challenging time, it created a pause in the demands and expectations of day-to-day life allowing Dr. Cruz the opportunity to deeply contemplate her life, her values, and her purpose. By the time her treatment was over, she knew that she could not go back to living the way she previously had. She wanted to maintain the clarity she had managed to achieve, but did not really know how. She searched for ways to do so, and discovered the power of positive intelligence and mental fitness.

Fred Burton is one of the world’s foremost authorities on Protective Intelligence, security and counterterrorism. As Executive Director of the Ontic Center for Protective Intelligence, he spearheads strategic consulting to physical security leaders at major corporations, advising how to optimize their security programs, streamline protective intelligence initiatives and keep their people safe. Burton previously served as Chief Security Officer at Stratfor, a leading geopolitical intelligence platform. Burton began his career in law enforcement for the U.S. Secret Service, and later worked as a police officer in Montgomery County, Maryland. From 1985 to 1999, he was a special agent with the U.S. Diplomatic Security Service (DSS).

From humbling beginnings to working with Top 100 and multi-billion dollar companies, Gail Kasper’s systems have reached millions of people whether through a speaking or corporate event or a national television appearance where she has been called on time and time again to share her personal experiences and thought-provoking processes on a universal level. A semi-finalist on The Apprentice and tested to be in the top 5% with regard to her IQ, today Gail is an author, thought leader, television host, producer, and Ms. Continental America 2009. With national media appearances that include Inside Edition, The Today Show, FOX Business News, and Oprah and Friends, Gail has earned the ranking of an in-demand national media personality who has been the topic of discussion on Regis and Kelly. She has also made numerous national appearances on network affiliates that include ABC, FOX, CW11, Comcast, and CBS.

Janet M. Harvey, Best Selling Author of the award-winning leadership and coaching book, Invite Change - Lessons from 2020, The Year of No Return is CEO of inviteCHANGE, a coaching and human development organization that shapes a world where people love their life’s work. As a visionary leader in the global professional coaching industry, Janet Harvey is an International Coaching Federation master certified coach and accredited educator who has engaged adults, teams, and global enterprises for 27 years to invite change that sustains well-being and excellence. Being better humans together requires claiming a true self first and then choosing to live inside out as we transform, evolve and be resilient. Janet has served as a global board leader for six years with the ICF, as past president in 2012, as Chair for the Foundation of ICF 2013-2017, and more recently as Treasurer for the ICF Thought Leadership Institute 2020-2021.

Kashif Khan is Chief Executive Officer and Founder of The DNA Company, where personalized medicine is being pioneered through unique insights into the human genome. With the largest study of its kind globally, The DNA Company has developed a functional approach to genomic interpretation overlaying environment, nutrition, and lifestyle on the genetic blueprint to create personalized and deterministic health outcomes. Growing up in Vancouver, Canada in an immigrant household, Kashif developed an industrious entrepreneurial spirit from a young age. Prior to his tenure at the DNA Company, Kashif advised a number of high-growth start-ups in a variety of industries including luxury retail, technology, finance, fine arts, healthcare, tourism and real estate. He participated in over $300 million in revenue in his own retail business prior to launching consulting services to help others thrive.

Larry Szeliga is the founder and CEO of MYOB Publishing, LLC. It was created to provide books, articles, training, and coaching concerning knowledge and skills to help others improve their quality of life. He is a best-selling author, motivational speaker, business consultant, and personal coach. Larry struggled with his finances despite a successful career as a "C Level Executive" with a 6-figure income and a history of managing multi-million-dollar companies through decades of profitable growth. These difficulties, and their associated stresses, led to divorce in 1990 and eventually to Chapter 7 Bankruptcy in 2012. It was a wake-up call. He took control of his life and his finances and retired in 2019 with enough money that he never has to work again.

Marcy is a thought leader, keynote speaker, award-winning author of “On Your Game!”. Her 25+ years of hands-on strategy and innovation work at 'Big 4' consulting firms and high tech companies resulted in well-tested, proven tools to improve company, individual and society-level performance. Marcy's award-winning book, On Your Game! directs consulting tools, neuroscience and behavioral economics to help people and companies succeed, earning highly favorable reviews from professors at Harvard, Yale, Columbia and Cornell. Her forthcoming book (Fall 2022) – How We Choose To Show Up - builds on 20+ years of research, and exposes that most of us “just” show up, partially ready, grounded, and intending to connect. These personal limits diminish creativity, opportunity and meaning across our lives. The intuitive Show Up System, Continuum and frameworks help us truly show up into a world of significance, meaning and care, bolstering performance for us as individuals and across society.

Dr. Ereth Is a Physician, Scientist, and Inventor and Currently Emeritus Professor at The Mayo Clinic College of Medicine and Science. In his thirty year career he has authored over 100 peer reviewed journal articles, abstracts, and book chapters. Research by him and his colleagues has been funded in part by The National Science Foundation and The National Institutes Of Health. He has given over 200 visiting professorships, lectures, or presentations worldwide. He also serves as Chief Medical Officer of SecureAire, LLC and as Chief Medical Officer of Insitu Biologics, Inc.

Assistant Professor of Bioethics and Humanities

Rachel Fabi, PhD is an Assistant Professor in the Center for Bioethics and Humanities at SUNY Upstate Medical University. She is also a columnist for The New York Times, writing the daily “Wordplay” column about the Monday, Tuesday, and Wednesday New York Times Crossword. In 2019, Dr. Fabi was awarded the Greenwall Fellowship in Bioethics by the National Academy of Medicine, and in 2021 she was elected to the position of Director at Large of the American Society for Bioethics and Humanities. Her research focuses on the ethics of health policies that affect immigrant access to health care and the social determinants of health.

Robert Druger is a general ophthalmologist who runs a solo private practice in Camillus, New York. He has been practicing for over 24 years. He has become a cataract surgery specialist and has done over 20,000 cases. Dr. Druger grew up in Syracuse, New York. From Syracuse he went to Long Island where he enrolled in an NIH funded MD PhD program at SUNY Stony Brook. At Stony Brook he earned an MD and a PhD in Molecular Biology and Biochemistry where he studied optic nerve regeneration. From Stony Brook he went to Washington University in St Louis to complete a residency in Ophthalmology. He lived briefly in Phoenix, Arizona before returning to Syracuse. In addition, Dr Druger has been practicing the martial art of aikido for over 40 years and owns an aikido dojo and hot yoga studio in Camillus. He lives on a farm in Manlius with his wife and four dogs. He also has three children that recently graduated from college.

L. Syd M Johnson, PhD is a philosopher/bioethicist/neuroethicist at the Center for Bioethics and Humanities at SUNY Upstate Medical University. She’s an Associate Editor for Neuroethics, and a member of the NIH BRAIN Initiative Neuroethics Working Group. Dr. Johnson’s books include The Ethics of Uncertainty: Entangled Ethical and Epistemic Risks in Disorders of Consciousness, The Routledge Handbook of Neuroethics , Chimpanzee Rights: The Philosophers’ Brief, and Neuroethics and Nonhuman Animals. Her research focuses on ethical issues related to animal ethics, research ethics, and brain injuries, including brain death and disorders of consciousness. Her interest in all things with brains includes every kind of critter, zombies, and robots. 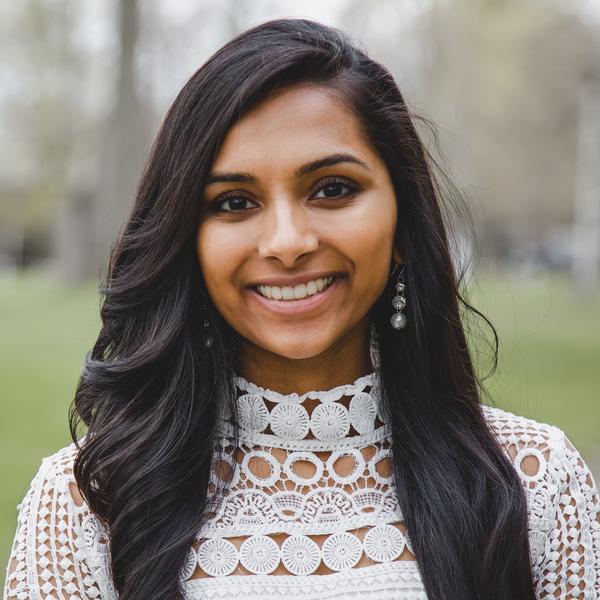