Innovation arises from diverse industries, cultures, and disciplines as they combine to bring about change and solve the problems faced by the modern world. TEDxUWA celebrates this convergence of ideas with our biggest event of the year, TEDxUWA2021: Intersect!

Don’t miss out on our fantastic line-up of speakers, as they share with us their illuminating experiences, thoughts, and ideas. If that’s not enough, then maybe the incredible performances and activities that are lined up will persuade you? Catering is provided and this event is the perfect opportunity for you to network with our sensational speakers and other like-minded individuals.

After graduating university with a Bachelor of Laws and Creative Arts Alexander Circosta commenced his Practical Legal Training and then in a spark of inspiration decided it was time to pursue a career in his childhood passion of performance. Fast forward five years and he now works as a presenter on Channel Seven with ‘Home in WA’, as a performer with The Constable Care Foundation and has appeared in a range of TV campaigns and even two feature films. In 2017 Alexander was awarded the Act Belong Commit WA State award for his work with youth and voluntary work at The Perth Children’s Hospital. He has shared his love for performance and improvisation by teaching people the art of making stuff up and if you’ve seen someone dressed as superman in public 9 times out of 10 it is Alexander!

Dr. Allison Imrie is an Associate Professor at The School of Biomedical Sciences at The University of Western Australia. Her laboratory investigates viral diseases which impact human health. She began her career working with HIV in the early days of the AIDS pandemic when she worked with the World Health Organisation Global Program in AIDS and sees many parallels between the HIV/AIDS and COVID-19 pandemics. Allison welcomes the opportunity to work with people to explore the importance of vaccination and personal responsibility for our post-pandemic future.

Carolyn is a Perth-based neurologist who originally hails from Glasgow, Scotland. She has worked in the UK and the US before making her home in Australia. She loves clinical care, teaching and research; and specialises in the devastating illnesses that affect cognition, including early onset dementia. Troubled by newspaper articles on climate change, she resisted the temptation to turn away and instead learned about the deep connections between our environment and human health. Carolyn found that much of apparently unexplained human illness comes from environmental pollution, and that both pollution and global heating are caused by fossil fuels: coal, oil and gas. She became a fearless campaigner and public speaker, and a powerful advocate against fossil fuels in the interest of human health.

Courtney is currently a PhD candidate in Population Health at the University of Western Australia and is passionate about using linked data effectively to understand past epidemiological trends of heart disease, to help predict our future, and to support effective, population-wide prevention strategies that are patient-based, holistic, and multi-disciplinary. She also finds some time to co-host a podcast, "The Meaning of Heath Podcast", where she talks to researchers, organisations and community members about health-related personal experiences, individual health issues, new population and public health innovation, and overall health-related research.

David has been a mathematics teacher at secondary schools for the past 15 years, currently teaching at one of the best schools in Western Australia. Throughout his life, David has always had an insatiable appetite for knowledge and problem-solving. He believes that knowledge is the key to self-empowerment, which is what lead him into the teaching profession. He has gained tremendous insight in his years of experience and wants to share the benefits of using mathematics every day and the patterns that he has discovered.

Fiza Ismail is an avid adventurer and passionate mountaineer. Figures, processes and traditional reports didn’t really excite her, as her curious mind kept exploring new things to learn beyond the four cubicle walls. Her journey climbing mountains all over Nepal, South America, Africa, India and Mongolia each held a lesson of its’ own. Along with making priceless connections with the locals, she learned to appreciate the little things in life, how to define your own happiness and be proud of who you are. Fiza then went on to create Move Mountains Coaching, inspired by her passion for climbing and the lessons she learnt, drawing upon authenticity and the audacity to stand true to who we are.

Student and Founder of ThrivEd

Jack is the founder of ThrivEd Incorporated, a not-for-profit textbook organisation founded in Western Australia that produces Year 12 textbooks and uses the proceeds of every two sales to produce a third textbook which is donated to the libraries of schools in low-socioeconomic areas. Having authored two Chemistry textbooks in the last year and with another four books on the way, Jack’s goal is to help other young people discover their own potential, all while still studying Mechanical Engineering at the University of Western Australia and training as an Australian Ninja Warrior!

A former corporate lawyer working in Melbourne and China. Kristian changed paths to focus on sustainable natural building and, with his partner Jara, has worked throughout Europe, South America and Australia on building earth houses. These experiences showed him how community-driven projects not only drive social change, but also help us meet our essential human need for connection to tribe and land. Kristian and Jara lived for three years in the remote Aboriginal Bawoorrooga community in the Kimberley, working with the community members to co-design and co-build their own SuperAdobe earth house, enabling the community to heal from a recent disaster while establishing a model of sustainable, grassroots remote housing. He is currently a Project Manager with the Foundation for Indigenous Sustainable Health (FISH).

Peter is a small business owner and, more importantly, a young person. Peter owns Matthews Copywriting, a WA digital marketing firm catering to mature corporate and small to mid-tier government clients. Matthews Copywriting celebrated its fourth birthday in October 2021, and in this time has worked closely with corporate and government clients including Hockey WA, BGC, Century 21 Australia and the WA Department of Local Government, Sport and Communities on subjects of content strategy and digital marketing with a written focus. Outside work, Peter is a committed Rotarian, student and freestyle wrestler. 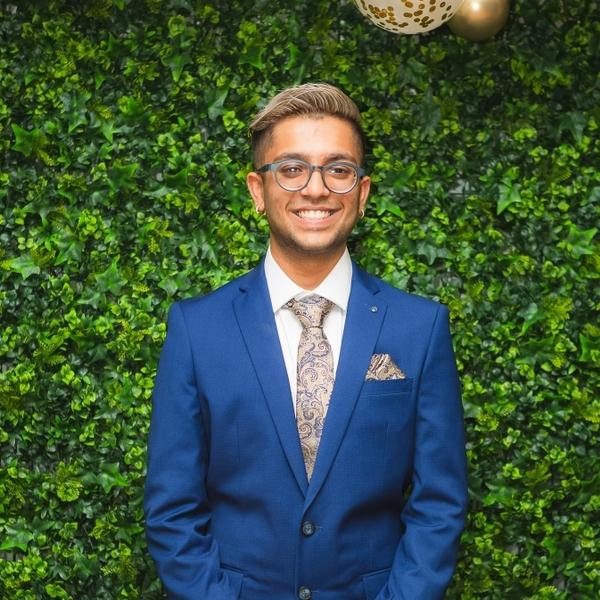