This event occurred on
May 15, 2021
Piraeus, Attiki
Greece 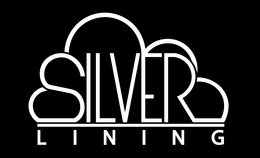 Daphne Karavokyri is a Kent University graduate specialising in Philosophy and Political Science. Her reference points are ANT1 and VICE, where she presented numerous documentaries about social issues. The Golden Award for Best Web Series at Digital Media Awards in 2015 for the series Beyond Gender Greece was a landmark for her career. Meanwhile she presented a homonymous show in ANT1 for many years. In 2019, she voluntarily withdrew from ANT1 and went to MEGA where she still works as Head of Social Media. In her YouTube channel there are many documentaries and interviews while she is a weekly columnist for “SavoirVille”, with various agenda. At TEDxUniversityofPiraeus she will refer to the difficulties she found on her journey and the way she achieved to overcome them.

George Zervos was born and raised on Kalymnos island in the 90’s, while playing music in rock bars there. He moved to Athens in 2008, where he founded “The Swingin’ Cats” band, establishing himself and the band through relentless performing all over Greece and multiple collaborations with highly esteemed artists of both the Greek and international musical landscape. As a solo artist, apart from his debut album “For your love”, he has released 2 video singles, the dynamic “Babe I like it”, the heart warming ballad “My life in her hands”and the Iron Maiden’s “The Trooper” cover from far West. During quarantine, he brought about the creation of a weekly live streaming event titled “Tender Sundays” where he performs songs inspired by his favourite artists and current affairs. At TedxUniversityofPiraeus, George will share his own experience, his music providing the backdrop, in an attempt to inspire those in need to take their first steps towards light and their own silver lining.

Haris Aslanidis is the founder of “Greek Geeks” and co-founder of Ape1ron, both of them with web development and digital marketing activity. He is the Head of Marketing of VeSquad based in Brussels and he is also the mentor of ALLILONnet, a network of people seeking to evolve and stand out professionally. He co-founded the NGO “Spoudaia Events” that aim to public benefit purposes. Besides his long career, Haris loves travelling, is inspired by music and athleticism certainly fascinates him. In his speech, he will present the way we can perceive life as a game!

Ioannis Karampetsos - Sake is one of the pioneer tattoo artists nationally and internationally, by being the founder of “Sake Tattoo Crew” , one of the biggest tattoo studios in Europe. He started by doing graffities in the streets of Athens with a realistic approach. He worked with big Companies around the world like Monster Energy,Samsung,Adidas and featured in Fortune's magazine list 40 under 40 most successful businessmen . In 2017,he brought to life a new project called “Art Crimes” which consists of a modern approach to classic and monumental ancient sculptures.He participated in Art shows in Athens,Syntagma square,Mykonos and the latest exhibitions were in New York and Miami. His latest business endeavor is the ichor studio where sculptures of ancient gods and heroes are presented in a modern, contemporary and more pleasant style. At TEDxUniversityofPiraeus he will talk about his long path in the art world and about the way he recognised his own SILVER LIVING.

Maria Pagkalou, known as Little miss Grumpy, is an illustrator. She was born in Athens, in 1991 and studied acting, but she was drawn by drawing. She is self-taught and she learns through constant practice and observation.Due to unemployment mainly in the acting field, she decided to create her own business in 2017. She is inspired by every single thing, like series and movies characters, and by everyday life, by producing sketches and drawings. The hopeless path of this profession, makes her realise what she is truly into! Through her psychological roller-coasters and in fear of “what am I going to do with my life”, she succeeded in finding the strength of creation. During her speech, she will talk about the hardships of the artistic world and about the fact that fear was her own silver lining.

Maria Pagkalou, known as Little miss Grumpy, is an illustrator. She was born in Athens, in 1991 and studied acting, but she was drawn by drawing. She is self-taught and she learns through constant practice and observation.Due to unemployment mainly in the acting field, she decided to create her own business in 2017. She is inspired by every single thing, like series and movies characters, and by everyday life, by producing sketches and drawings. The hopeless path of this profession, makes her realise what she is truly into! Through her psychological roller-coasters and in fear of “what am I going to do with my life”, she succeeded in finding the strength of creation. During her speech, she will talk about the hardships of the artistic world and about the fact that fear was her own silver lining.

Natalie Vagioni holds a BSc degree in Mathematics & Business Studies from Queen Mary & Westfield College, UoL. Her professional journey began in 2011 by embracing consecutive roles in Fresh Line aiming to expand the family vision. As from 2009 holding the position of CEO, she leads the strategic restructuring of the brand, including the total redesign of the Fresh Line stores’ retail image, the company’s portfolio as well as the corporate structure. She was twice awarded as Best Woman Franchisor while under her direction, Fresh Line won many important awards. Her vision remains to promote the beneficial qualities of a natural way of living and holistic self-care. At TEDxUniversityofPiraeus, she will address the fact that SILVER LIVING is the driving force for both her personal and professional paths.

Petros Lagoutis was born in Athens and is an actor. He studied Maritime Studies at the University of Piraeus and he graduated from “Karolos Koun” Drama School. He has worked in theatre, TV and cinema and has collaborated with a variety of directors like Diaforas Chronopoulos, Dimitra Papadopoulou and Nikos Mastorakis in the biggest theatres of Greece. In addition, he starred in the awarded series “Eteros Ego”, directed by Sotiris Tsafoulias. At TEDxUniversityofPiraeus, he will present the importance of gaming and acting in his life during bright but also dark moments and the way they defined him and his path.

Stelios Anatolitis is a stand-up comedian, musician, improvisation teacher and writer. He has studied Chemistry and Drama while he is working as a Voice-over artist. He is a member of “Science Comedy” where, in collaboration with comedians and professionals, they contribute to the communication of science in a both funny and educational way. He is actively present on YouTube while his first solo show “Maxes me Neraides” has more than half million views. His second show “Xapi”, in 2019-2020, was sold out. In the summer of 2019, he published his first book “Koalemos: Kinoumeni Ammos” which was reissued in the next two months. He won “Public Book Awards - An Unforgettable Hero”, the first place in Everly Awards ““Best Novel - Horror 2019” and third place in Everly Awards - “Best Cover 2019” In his speech, he will present the instrumental role of realistic confrontation of life and the importance of accepting both the positive and negative consequences.

The last 2,5 years, Thomas Alexopoulos works as a Senior Brand Manager at Mondelēz International, managing Pavlides Chocolate brand, having worked for 10 years at Nestle Hellas, in the Marketing Department. He started in the Water Business, passing from different brands and undertaking roles with increased responsibilities, while afterwards he moved to the Coffee Business working as a Senior Brand Manager for 2,5 years. He studied at the Department of Management Science and Technology of the Athens University of Economics and Business and holds the MBA International from the same university. During his speech, he will present the multi-year journey of Pavlides Hygeias brand in the market. How did they manage to adjust, sustain and stand-out, after 160 years, despite all the obstacles and difficulties?

Thomas Karagiannis is the principal senior researcher in the Cloud Infrastructure group at Microsoft, UK that aims to the development of pioneer technology of Data Center and Cloud. He completed his studies at the Department of Applied Informatics of University of Macedonia and he received his PhD from the University of California. He worked as a researcher in Intel Research and in CAIDA (Cooperative Association for Internet Data Analysis) in San Diego Supercomputer Center. He was included in the list of the top Greek scientists under 45 and he counts more than 50 publications in reputable international conventions of Networks and Computer Systems, many articles in print and online press (New Scientist, MIT Technology Review, Wired), as well as more than 20 patents. At TEDxUniversityofPiraeus, he will present how he evolved professionally in parallel and in total harmony to the technology and to his science, succeeding in emerging as one of the best scientists of his field. 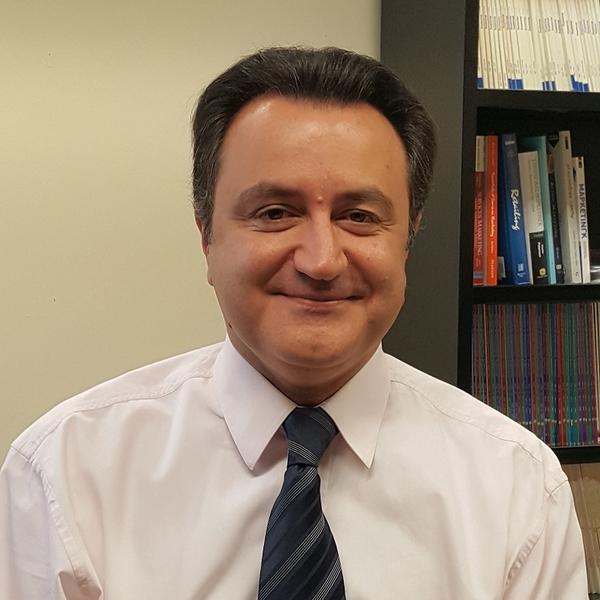 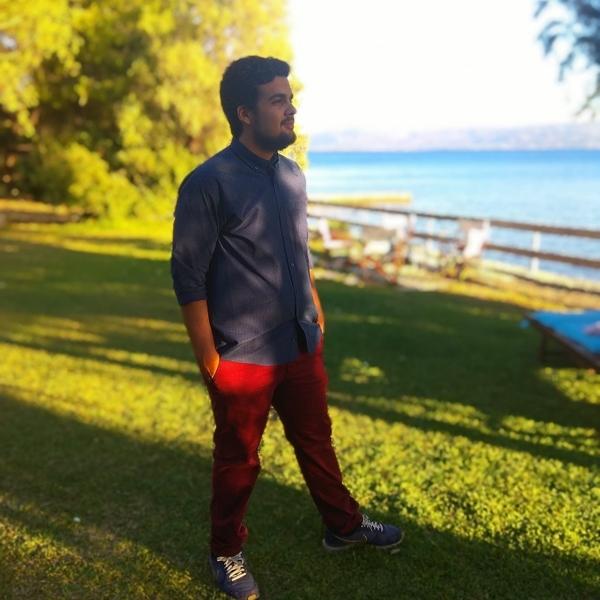