Theme: Of Land and Sea

Join us for the return of TEDxHobart. Full information is available on our website at www.tedxhobart.com.au

Anthony has worked in community development and renewable energy for over 20 years. He is a co-founder and director of the Good Car Company and a PhD researcher. His areas of research include socio-technical systems, modelling uptake of Electric Vehicles, and identifying opportunities and barriers for an equitable transition to a low carbon future. He loves connecting the dots and bringing communities together. He believes that through engagement with individuals and communities, we have the power to transform our energy and transport systems to realise the full potential of electric vehicles on the path to net-zero.

Ari Moore is a PhD candidate in philosophy at the University of Tasmania. Growing up in Cairns in Far North Queensland, she spent almost a decade in Melbourne and studied philosophy at Deakin University before moving further south to Hobart. Her research falls between philosophy of religion and atheism studies. While traditionally atheism studies have attempted to disprove the truth of religion, Ari is indifferent to this goal. Rather, her interests lie in exploring the philosophically fascinating intersection between the experience and behaviour of those who do and do not believe. Her PhD thesis aims to provide an account of how the natural environment is not only a unique source of wonder and awe but also holds immense value as the potential source of legitimate secular mystical experiences.

Emily is a contemporary harpist, vocalist, violinist & electronic loop artist based in Launceston, Tasmania. Emily specialises in creating original compositions, contemporary covers, improvisations and experimentation with percussive techniques, electronic effects and looping. She also enjoys playing a wide range of musical genres on the harp, harnessing the versatility of the instrument. Emily relishes any opportunity to depart from the type of music audiences expect to hear from a harp. With the use of her loop station, Emily combines harp, vocals, violin, percussion and pedal effects into her solo performance creating a complex, multi-layered sound. Emily is a versatile performer, with experience in numerous solo and collaborative performance contexts within Tasmania and beyond. Emily recently released her debut solo album of original music ‘AWAKEN’.

Lokman Norazmi is an early career researcher at the Institute for Marine and Antarctic Studies, University of Tasmania (UTAS) where he has been working as part of an interdisciplinary research group on genetic control of pest fish. He obtained his PhD in Fisheries studies from the same university in 2016. He fell in love with Tasmania’s unique and beautiful nature as soon as he arrived here for his studies in 2012. Since then, he is determined to help save Tassie’s aquatic environment from alien fish invasion, an issue that is close to his heart and has become his passion. Besides doing research, he also loves communicating science to the public as part of his effort to create awareness on safeguarding the aquatic ecosystem. He is an avid photographer and during his free time, he travels around the state capturing and recording its beauty.

Nadia is an accredited Austswim instructor, a player on both the National Tasmanian Women’s Underwater Rugby and Hockey teams, scuba dive instructor and scientific diver. She strongly believes that it’s not about having more migrants, but about having happy and healthy migrants, both physically and mentally. Nadia could barely swim when she first came to Australia. The deep part of the pool was a nightmare for her, but she trained herself every day, faced discrimination and spent too much time and money going on the wrong paths until she discovered the steps toward her goals. She doesn't want others to experience this, and so she has developed a step by step program that applies her learnings and experience as an adult migrant in Tasmania. Nadia's mission is to make her program available to everyone who has a desire to explore the underwater world, develop their aquatic skills and take advantage of Tasmania's beautiful beaches.

Qamar Schuyler has been involved in plastics research since 2010, when she found herself ankle deep in turtle guts in search of plastic. While this may seem a downgrade from her previous research topics of coral reefs, tropical seagrasses, and satellite remote sensing, Qamar has embraced it enthusiastically. Qamar was born in the United States, but has led a nomadic life, which has included 2 years on a ferro-cement Chinese junk, stints in Yemen and Morocco, and field work on many of the remote islands of the Great Barrier Reef and the Northern Mariana archipelago. Qamar has lived the majority of her adult life either on boats or islands, and intends to continue that trend as long as possible.

Bec hails from the Blue Mountains in NSW but made Tasmania her home in 2006. In 2011 she found her path into the funeral industry and stayed there until mid-2017. During that time she worked across many roles in the contemporary funeral industry, including pre-planning, administration, mortuary, funeral arranging and directing. Retraining as an End of Life Doula and becoming an independent Funeral Director, she has worked in home-based death care and family-led funerals ever since. Bec also actively works to advance the mission of You n’ Taboo, which is the education and advocacy service she co-founded with her partner in 2016. In 2018 Bec was awarded a Churchill Fellowship to undertake international research and report on ‘the human relationship to death and ceremony through alternate technologies and approaches’. Since her return, she has become the President of the Natural Death Advocacy Network and has formed the new Australian Home Funeral Alliance.

Risa began her dancing career at an early age, studying both classical and modern ballet and receiving numerous awards at the national competition level. In 2006 she entered the Japan Women’s College of Physical Education —home to some of Japan’s rhythmic sports gymnastics olympic medal winners—where she majored in contemporary dance and poured her creative energies into choreography, stage production and dramatic composition while performing as a contemporary dancer in Tokyo. Complimenting her work in the contemporary sphere, Risa has also performed regularly at numerous music festivals and many of Tokyo’s most famous clubs, as well as contributing her skills in event production and choreography to many artists both in Japan and on the international stage. Now Risa is based in Tasmania and she is enjoying creating her works inspired by Tassie nature.

Shasta is completing a PhD in Entomology at the University of Tasmania, investigating the state's unique alpine insect fauna. After growing up in Launceston, Shasta travelled interstate and internationally, both in her past life as an adventure tour guide as well as for academic exchange. After receiving her Honours degree in invertebrate ecology, she completed a taxonomy internship at the Smithsonian Museum of Natural History in Washington, DC; this is how she got a species of Amazonian beetle named after her! Acknowledging that insects were lacking in public relations, Shasta has combined her tourism and science experience as a science communicator. She has addressed a broad array of subjects, like insects as inspiration for technology, their role in the human food chain and in our urban legends. Shasta speaks to classrooms of children visited by the Young Tassie Scientists program, to industry professionals from agronomy.

Todd Babiak is a novelist early in the mornings, while you are still sleeping. He is co-founder of Story Engine and The Absolute Pitch and CEO of Brand Tasmania. He apologises for his funny accent. To learn more about the Tasmanian brand, visit tasmanian.com.au. Todd is @babiak on Twitter.

Yee Von is passionate about wildlife conservation and ecology. She is a PhD candidate at the University of Tasmania. Yee Von’s PhD focuses on large mammal monitoring in Tasmania using unmanned aerial vehicles, a.k.a. drones. She aims to develop species-specific protocols for drone monitoring of Tasmanian animals, as well as site-specific protocols tailored to certain habitats, e.g., agricultural areas, native grassland, open forest, and closed forest. She considers it especially important to figure out the optimum flight altitude to get the best images whilst causing minimal animal disturbance. Her techniques will include the use of thermal imaging cameras for those species that are most active at night, deep-learning tools that will identify and count species observed by the drones on the spot, and complementing drone monitoring with traditional spotlight surveys. 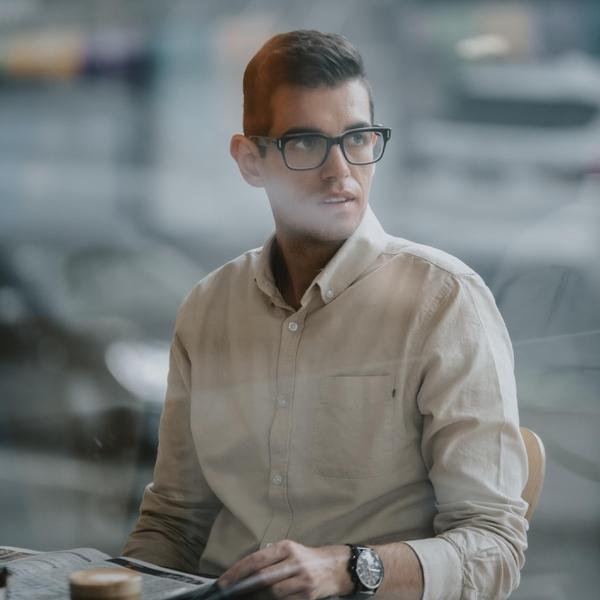