An in-person or virtual experience you won't want to miss.

The TEDxKanata 2021 theme is adapt

It reflects our ability as a community to adapt, particularly in perilous or uncertain times. We demonstrate our ability to adapt through the creation and sharing of ideas which propel us into action. Some actions fail, others triumph. Our strength lies in our ability to continue to adapt to improve ourselves and the context we live in.

Ideas and the sharing of ideas matter more than ever right now. We are struggling together to make it through these unprecedented times during this global pandemic. Yet even as we are in lockdown, isolated and anxious, we are guided by our ideas that help us cope and navigate through uncertainty. This ability as individuals to adapt through our ideas is powerful.

TEDxKanata is a platform for ideas worth spreading where idea seekers and open minds are inspired to act for positive change.

Our speakers come in different shapes and sizes with diverse backgrounds and varied perspectives and with or without public speaking experience. Our speaker community has a willingness to share an idea that has been shaped in their individual context and from the red dot, has the potential to become globally relevant.

Coffee and life get Andrew up in the morning. Life is good. Every day is something crazy and new, coming with challenges that make him want to get to work. Linebox Studio is Andrew’s “baby.” He started the firm in 2007 after spending over a decade working at large architecture firms in Toronto and Ottawa. Architecture is his life’s work—but when Andrew isn’t ‘architecting’, he plays hockey, golfs, mountain-bikes, and hangs out with his family. He’s an opinionated person, and his office ‘rants’ (about anything from the detailing on buildings to why stadiums should always be downtown) could rival traditional power sources. His favourite architects are Ludwig Mies van der Rohe, Le Corbusier, and Frank Lloyd Wright—and his favourite building is Neue Nationalgalerie in Berlin. He also has a knack for recognizing strong talent, which has helped him build the Linebox super team. After a long day, he looks forward to coming home to his awesome wife and two kids…how can he complain?

David is a health and wellness entrepreneur who earned his MBA from the University of Ottawa Telfer School of Management. He is also a certified Project Management Professional (PMP). David is the founder and CEO of OwlCare, a company whose mission is to help families and their aging loved ones to transform chaos into care. For over 15 years, David has learned to conquer the chaos of several family health crises and spent countless hours helping his children, aging parents, and grandparents get care. These experiences revealed what caregivers and their loved ones need when dealing with the challenges of the healthcare system, navigating a complex array of health services, and working with multiple doctors and specialists.

Dr. Justin Sutherland is a clinical medical physicist at the Ottawa Hospital and CEO and Co-Founder of Realize Medical. He obtained his MSc in Medical Physics from McGill University and his PhD in Medical Physics from Carleton University. At the Ottawa Hospital, Justin has pursued research in developing and applying novel virtual reality and tracking technologies in medicine, both with the department of radiology and the radiation medicine program. These efforts led to founding and leading realizeLAB, a research initiative from the Division of Medical Physics of the University of Ottawa Department of Radiology. The lab is currently pursuing a number of collaborative projects with radiologists, surgeons, and radiation oncologists throughout the Ottawa Hospital. Justin’s latest venture brings him into the business world as CEO and Co-Founder of medtech startup Realize Medical—makers of the first platform for creating and interacting with 3D medical models entirely in virtual reality.

Karla Briones is a business strategist that coaches new immigrants on how to become successful entrepreneurs in their adopted country. Karla also provides business advisory to entrepreneurs of all walks of life who are building businesses—from ideation through the growth stage via Invest Ottawa. She is the founder of Immigrants Developing Entrepreneurs Academy (IDEA)—an online platform designed to educate newcomers to Canada about and connect them with our business ecosystem. Karla received the 2018 City of Ottawa Immigrant Entrepreneur Award, given to an immigrant who has made an impact in the local economy and entrepreneurship ecosystem. She is a small business columnist for the Ottawa Citizen and serves on the board of directors for the Ottawa Markets and the Ottawa Board of Trade, as well as volunteering as a business mentor for Futurpreneur Canada and for several local community groups. Karla owns Global Pet Foods Kanata & Hintonburg and Freshii Westboro

Kevin Bourne, also known as “KB”, is an Ottawa-based media/entertainment entrepreneur, freelance journalist, and media personality. The former political staffer is a staple in Ottawa and Canada’s cultural landscape as both a commentator and freelancer—appearing nationally on CBC News Network, on CTV, CBC Radio, CityNews, and 580 CFRA, and having been published in ByBlacks, the Ottawa Citizen, and Ottawa Business Journal. Doubling as CEO of the PR and content marketing firm SHIFTER Agency Inc. and editor-in-chief at SHIFTER magazine, Kevin has covered some of Canada’s top red carpet events, from the Juno Awards to the Canadian Screen Awards. He is currently host of CBC Ottawa’s digital series “In The Loop”—a monthly look at the latest in the Ottawa music scene. He is a current board member at the Ottawa Film Office, a past board member at the Ottawa Music Industry Coalition, and was recently named on the Ottawa Life Magazine’s Best of Ottawa: Activists & Changemakers list for 2020.

Kevin has been the social media lead at Ottawa Public Health since 2018. He is a graduate of Carleton University with a major in Communications and a minor in Sociology. Kevin is constantly tired due to working for public health during a pandemic and having three kids (including a newborn).

Margaret’s passion for helping people to succeed has been a constant throughout her education and career as she pursued psychology, leadership, and coaching. Merging her education, experiences, and passion, Margaret started EVOLV coaching, where she has a front row seat helping to empower female entrepreneurs and leaders to break through their barriers and achieve success. But having a front row seat to grief is a whole different experience. Twelve years ago, Margaret lost her son three days after he was born. His twin sister survived and, over time, experienced delayed grief over the loss of her brother as she came to truly understand his loss. Observing how her daughter effectively dealt with grief differently, Margaret came to terms with her own loss, sparking questions about why we, as a society, talk about and deal with grief the way that we do.

Sandra Schillo leads the Inclusive Innovation Research Cluster at the Institute for Science, Society and Policy and is an Associate Professor at the Telfer School of Management, both at the University of Ottawa. Sandra’s work is driven by the fact that innovation occurs in context—it is shaped by individuals, often working in organizations, in specific locations, and collaborating with each other to create something new. She aims to increase understanding of the systems aspects of innovation and entrepreneurship and collaborates to link theory with practice for more inclusive and sustainable innovation practice.

Tenille has worked with diverse high-profile clients in key industries from Automotive to IT, acquiring a unique skillset that led her to co-found an Intelligent Mobility company, AutoGuardian By SmartCone, and drive it to the forefront in Smart City innovation. With a Master’s degree in Public Administration and a Bachelor of Science in Psychology, Tenille understands what it takes for government, public and private sectors to become safer and smarter.

Tina is a landscape architect at the National Capital Commission (NCC). She has been exploring innovative design techniques to enhance pollinator and wildlife habitats while adapting to our constantly changing climate pattern. Tina is also responsible for the Christmas Lights Across Canada program which promotes winter usage of open spaces in the city. She became a National Judge of Communities in Bloom in 2016, a non-profit organization committed to fostering civic pride, environmental responsibility, and beautification through community involvement. In her leisure time, she likes to experiment with new cultivars, hybrids, and combinations of plants in her garden. She enjoys painting, soap-making, photography, playing board games with family and friends, trying out new recipes in the kitchen, and taking a walk in the Greenbelt observing wildlife. 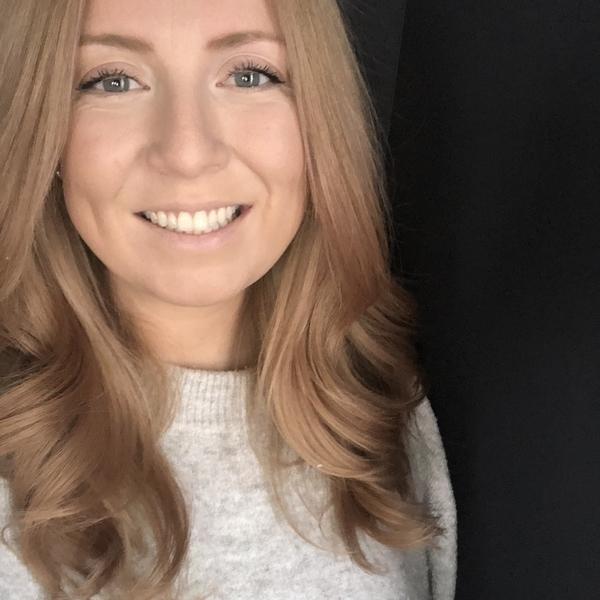