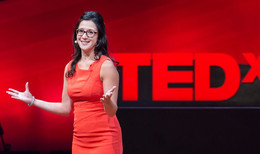 Please direct any questions to our email address, tedxelkinshighschool@gmail.com. Thank you for your cooperation!

In the spirit of ideas worth spreading, TEDx is a program of local, self-organized events that bring people together to share a TED-like experience. At a TEDx event, TEDTalks video and live speakers combine to spark deep discussion and connection in a small group.

We, the team at TEDxElkinsHighSchool, are glad to see your interest in attending our event! The event had been hosted virtually this year due to health concerns related to the COVID-19 pandemic. Our talks are now available on the TED website and the TED YouTube channel to view on demand! Despite the event being online, however, we delivered an event up to par with any other. We provided a fun-filled experience with unique speakers from all disciplines and walks of life. Please circle back sometime in the next few months to see our plans for our next event!

Amina Ann Qutub is an Associate Professor and Director of the Joint UTSA–UT Health Graduate Group in Biomedical Engineering in San Antonio. Amina integrates computer science with experiments to understand how human cells are designed. Her work gives insight into how to control cells and regenerate tissue for applications to treating cancer and neurological diseases. She directs the Quantu Project, a nationwide study to optimize brain health over a lifespan using an integration of biosensing, computer modeling, and experimental brain models. She is also a research lead of the Augmenting Human Capabilities Thrust for the AI MATRIX Consortium and co-founder of DiBS, an adaptive visualization software startup. Amina received a Ph.D. in bioengineering at UC-Berkeley and UCSF, and a B.S. in chemical engineering from Rice. She trained as a postdoc in biomedical engineering at Johns Hopkins University. Amina’s work is helping eradicate barriers to human health.

Armando Lopez was born in Mexico City; when he was nine years old, his father, who had been in the US for years working under the "Bracero Program," managed to save enough money to bring Armando, his sisters, and mother to Los Angeles, California. While living in LA’s housing projects, Armando's father worked an agreement to have his children enrolled in a parochial school at Dolores Mission Church in exchange for cleaning the church’s property on weekends. Upon graduation from a Catholic high school, Armando chose to join the Marines, but before he enlisted, he got a scholarship to East LA Junior College. College exposed him to the civil rights movement of the '60s and he became involved in student groups that sought to obtain justice for underprivileged members of society. His activism eventually led to his admission to the Loyola School of Law in LA, and he was duly licensed as a lawyer in Texas, proving that with perseverance and hard work, he could break the barriers he faced.

Deborah "D.E.E.P." Mouton is an internationally-known writer, educator, activist, performer, and the first Black Poet Laureate of Houston, Texas. Formerly ranked the #2 Best Female Performance Poet in the World, her recent poetry collection, Newsworthy, garnered her a Pushcart nomination, was named a finalist for the 2019 Writer’s League of Texas Book Award, and received honorable mention for the Summerlee Book Prize. The opera Marian’s Song, for which she wrote the libretto, debuted in 2020 to roaring reviews. As a finalist for Texas State Poet Laureate, a Kennedy Center Citizen fellowship, and the prestigious Breadloaf Retreat, her work has been highlighted and studied in Canada, England, New Zealand, and Germany. She recently performed as a part of the Kennedy Center's Arts Across America and was named a Houston Artist Commissioning Project award winner by the Society for the Performing Arts Houston. She lives and creates in Houston, TX.

Faith Malton is a natural-born engineer. She was born missing her right arm, and thus, grew up problem-solving and adapting to her environment through innovation. More importantly, she engineered her mental aptitude and psyche to be rooted in a growth mindset. A student ambassador, she found herself inquisitive on how other cultures worked and how culture impacts the perception of disability. Her curiosity led her to places like Antarctica, India, and Tanzania. Her other passions include psychology, health, and human optimization. She recently graduated Cum Laude from the University of Houston with a Bachelor of Science degree in Civil Engineering and a minor in Energy and Sustainability. She now works at Walter P. Moore, an international civil engineering firm, doing site design. Malton also works to help others break through mental barriers and navigate the world with limb difference through her YouTube channel, One Arm Wonder.

Runsi Sen, founder of Ovarcome, a global ovarian cancer foundation, serves as the President and CEO of the organization. Runsi lost her mother to ovarian cancer in 2009, and in her memory and with her inspiration founded Ovarcome. Under Runsi’s leadership, Ovarcome has experienced significant growth both nationally and internationally. An MBA and Business Executive, Runsi decided to leave her corporate career to dedicate herself to the pursuit of ovarian cancer awareness and patient support, after having gone through the transformative journey with her mom. Regarded as a pioneer thinker and a voice for the caregivers and survivors in the cancer community, Runsi wishes to give the gift of Ovarcoming to all.

Ruthanne Mefford has been involved with Child Advocates of Fort Bend for the past 23 years and currently serves as Chief Executive Officer (CEO) for the past 12 years where she manages a staff of 52 professionals and an annual budget of $5 million. CAFB provides services to children who have been abused and neglected and has served over 19,000 children since it opened 30 years ago. Prior to CAFB, Ruthanne received a BA in Psychology at Stanford University and an MBA in Finance and Marketing at UCLA. She was in the private sector for 20 years as Executive Vice President of Marketing and Sales, Strategic Planning, and Finance and Business Unit Manager at Korn Ferry, Marriott, Ocean Spray, and IBM. She has received many prestigious awards, including the Top 100 Business Women of Houston, the Stanford Governor’s Award for Volunteer Service, the Center For Houston’s Future Impact Award, The Women’s Voice Accolade Award, and Child Advocate of the Year.

Sainath Krishnamurthy is an incoming senior at the University of Houston, studying Product Design at the Gerald D. Hines College of Architecture. He graduated from Elkins High School in 2018 and was a part of the engineering academy. In 2019, he started Fluency, a creative firm specializing in creative direction and product design. He has worked on many independent research projects, as well as client projects for companies and various hip-hop artists. He is actively involved in the Texas startup community. He was previously a contributing writer to Buzzfeed and currently writes on his personal Medium blog. He also DJs and does photography as a medium of creative expression.

Dr. Todd Dewett is a best-selling leadership and success author and educator. After working with Andersen Consulting and Ernst & Young, he completed his PhD in Management (Organizational Behavior) at Texas A&M University and then spent ten years as an award-winning professor at Wright State University. He has delivered multiple TEDx talks, was selected by Inc. Magazine as a Top 100 Leadership Speaker, and he is the creator of an educational library of courses enjoyed by millions of professionals in nearly every country in the world. His latest book is Live Hard, a collection of twenty inspiring stories packed with advice about living and achieving more fully. His clients are a who’s who of global organizations including Microsoft, Google, ExxonMobil, and hundreds more. His advice has been cited by the New York Times, Forbes, CNN, and many additional outlets. 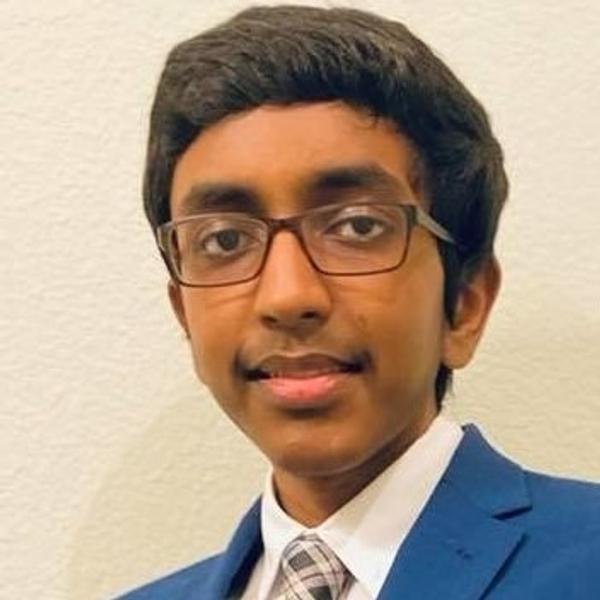 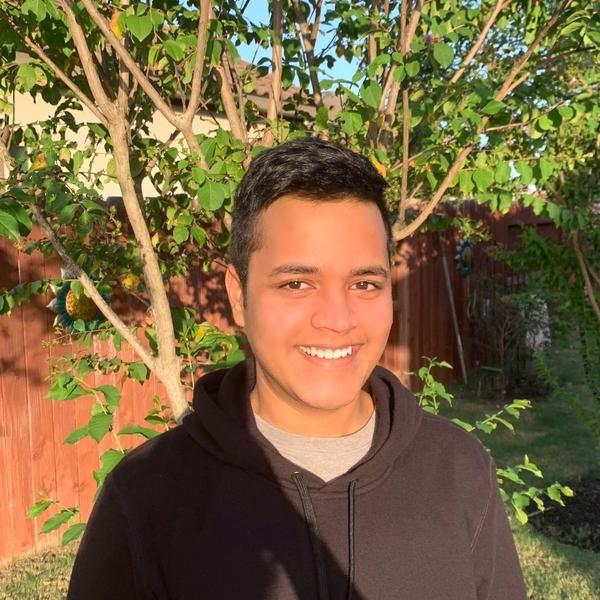