He was born in Taranto in 1959 and completed his university studies in Pisa where he graduated in Medicine and Surgery. After graduation he moved to the municipality of La Spezia where he continued his career. . His career immediately takes two tracks that he enjoys joining and separating over the years: hyperbaric and underwater medicine and Integrated medicine with a particular focus on nutrition and the prevention of the most common diseases. . Medical practice is the common thread of his profession but the activity of Lecturer, that of University Professor, that of Author of more than twenty books, the position of Health Director of the Center of Hyperbaric and Underwater Medicine in Massa and that of Scientific Director of the Master in Nutraceuticals of the University of San Marino, are the many facets that have characterized his career.

Chiara Alioto, originally from Sarzana and General Manager of Alioto Group, an expert in high-performance steel ropes for port cranes. The ropes designed by Chiara's company were used for the recovery of the Costa Concordia and are internationally recognized as a very high performance product. Chiara is a woman who has found a way to emerge and bring a company to success in the club, she is an example of entrepreneurship and tenacity and we are sure that on stage these elements will make her speech motivating and stimulating.

Sound Artist, Sound Designer and composer of soundtracks for some of the most important Brands in the world and is the creator of the “The Sound of City” ® project. . Eclectic Artist, she lives and works between Milan and the rest of the world. He studied guitar, clarinet and piano, but something in that teaching method blocked his creativity: he wanted to break the molds imposed by musical notation, to create music starting from noise, giving life to visionary soundtracks. . She trained at Berklee College, continuing to study to become Audio Egineer, then specializing in several fields including the neurobiology of musical cognition. He builds his own musical instruments and dedicates himself to the creation of sound sculptures for museums and galleries around the world. . Winner of several prestigious awards such as the "Muse Creative Award" in 2017 as best soundtrack and in 2019 as best sound project.

He starts his career as a comic actor, but soon he also revealed himself to be a skilled host of successful television broadcasts. . Originally from La Spezia, in addition to the television success he has built his own editorial space. In March of this year, his latest book "True Stories of an Imaginary World." Five tales of the Cinque Terre ”which immediately met with public and critical success because even in writing it manages to combine irony and shrewd unpredictability. . Perhaps not everyone knows that before his success Dario was a worker in the arsenal of La Spezia and that even then he distinguished himself among his colleagues for his irony and sagacity.

Filippo Lubrano was born in 1983 in the capital of our province: after 8 years in the automotive sector that takes him to Bangkok, he founded the first Italian food subscription box start-up in New York. Subsequently, he devoted himself completely to the activity of consultant and business development trainer, focusing in particular on cyber security and blockchain. The creative side is not lacking: he is a founding member of the collective of performative poets "Mitilanti" and his latest published novel is Radici Aeree.

Giuseppe Suaria is a researcher at the CNR Institute of Marine Sciences since 2013. Master's degree in Marine Biology and Oceanography in 2012 and PhD in Marine Ecology. His research activity focuses mainly on the study of the spatial-temporal dynamics of accumulation, abundance, distribution, composition and transport of plastic waste in marine environments. In recent years he has participated in more than 20 scientific expeditions to Antarctica, the Atlantic Ocean, the Mediterranean, the Arctic and the Black Sea. In 2017 he participated in the Antarctic Circumnavigation Expedition (ACE), dealing with the sampling of microplastics during a historic circumnavigation of the Antarctic continent.He holds the role of secretary of the international network OYSTER (Orienting Young Scientists of EuroMarine) which aims to guide and direct young researchers to the world of marine sciences.

Lodovico Guenzi, better known as Lodo, was born in Bologna and attended the Nico Pepe Academy of Dramatic Art in Udine immediately showing a propensity for the world of entertainment by acting in various operas and personally writing plays. In Bologna he becomes speaker of Radio Fujiko, where he gets to meet the future members of Lo Stato Sociale. Lo Stato Sociale is an indie rock group, which enchanted Sanremo in 2018, and which releases several albums and 2 books: "Il Movimento è fermo", of 2016, and "Sex, drugs and work", in 2019. Lodo participates as a judge in the twelfth edition of the X Factor talent show. The passion for the theater leads Lodo to debut on stage with "The cherry garden" in 2018 and more recently makes him land on the big screen where he has a starring role in the film "East - Last minute dictatorship". Perhaps not everyone knows that Lodo is an active supporter of Mediterranea, an NGO committed to saving lives in the Mediterranean Sea.

Paolo Barberis, founder of Dada, born in 1967, studied Architecture in Italy and Germany, later specializing in Interface Design at the Domus Academy in Milan.Dada was founded in 1994 and is an Internet Company whose acronym means Analogical Digital Architecture Design The company is able to grasp the needs of the Internet user of those years, anticipating many digital potentials of the new millennium. But let's move towards the end of the millennium In 1999 he created superEva (www.superEva.it) and in 2000 he was one of the youngest ever presidents of a listed company. Over time, Dada positions Dada among the most successful and growing companies in Europe in the domain of domains, professional hosting, virtual and dedicated servers and advanced online advertising solutions. Paolo was part of the task force of the Ministry of Economic Development, on the topic of Startups in 2012. In 2019, he is chosen as Special Advisor for the digital transition by the Mayor of Florence.

As a student of Marine Biology, Varrella is now President of the Spezzini Mitilicoltori Cooperative. In 2002 he began a collaboration with the Ligurian Fisheries Environment Observatory, with which he has the opportunity to follow an experimental scallop breeding, realized thanks also to the Cooperative Mitilicoltori Associati. Hence the first tests on oysters, which thanks to the good results expand and start the experimentation for the re-introduction of the same in our Gulf. pride for the Cooperative Thanks to the work with the Cooperative, he collaborates today with AMA (Mediterranean Aquaculturists Association) and numerous researchers, with whom he carries out the research and publication work on issues related to shellfish, sea, and environment. The constant interest in environmental issues has led Paolo to develop a particular sensitivity to climate change. Specifically, recent research projects are focused on how to absorb CO2 from the atmosphere

Stefania graduated from the University of Milan in 2004 in Clinical and Community Psychology and then enriched her studies with a second level Master in the care and protection of minors. . It is precisely around the youngest that Stefania decides to focus her career: author of books on training, radio speaker, Honorary Judge for the Juvenile Court, Trainer and President of the Alice Onlus Association ... in all her activities Stefania puts young people in front of everything! . Anyone who has heard her speak can only be impressed by her ability to tackle deep and ancestral themes with an almost poetic wealth of words and an almost naïve purity that actually hides a great professionalism.

Stefano Rossotti graduated in physics from the University of Milan and immediately afterwards, in 2017, crossed the ocean to do an internship at Sensoria Health in Seattle, USA as a signal processing engineer. Back in Milan, he began working as a pricing analyst for an insurance company, without ever losing contact with Sensoria Health. A year later, in fact, he returned to work with them and began the collaboration to create Sensoria Italia. Stefano personally takes care of the creation and production of the monitoring algorithms that are the basis of all Sensoria devices. In particular, starting from the raw data of the sensors, it extracts useful information for patients and doctors and presents them in an easily usable and searchable way.

In his career Valerio has published reports, photos and videos on some of the major national and international news agencies such as: Associated Press, Reuters, Washington Post, Financial Times, El Pais, The Guardian, Corriere della Sera, La Repubblica and Linkiesta. At the moment Valerio collaborates with the MicroMega magazine. He has held seminars in various universities such as the “Coris” of La Sapienza, Ca 'Foscari, UniCassino and has been a lecturer in the Palestinian universities Al-Aqsa and Deir El-Balah both in the Gaza Strip. He has made several social reports in different parts of the world, aboard humanitarian ships, on the Balkan route and in the Gaza Strip. . He has won numerous international awards thanks to his photographs and documentaries. With the fictional shorts "Bar (n) Out duepuntoniente" and "Bia" he won several awards including the "Feel the Reel International Film Festival", the "Mediterranean Film Festival" and the "European Cinematography Awards". 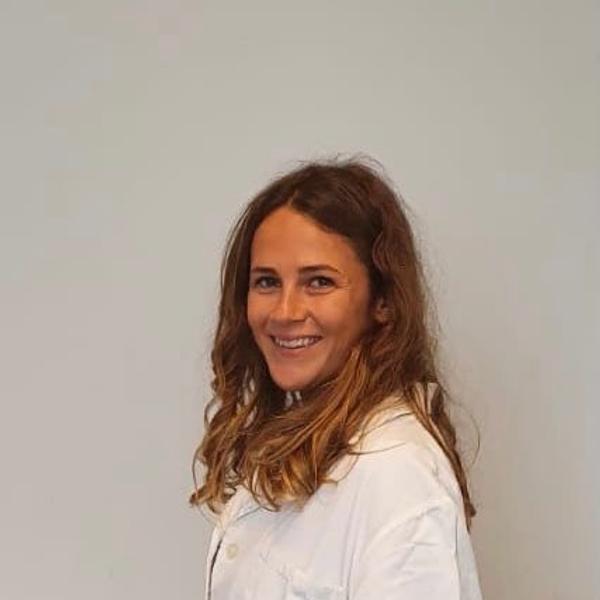