Theme: A walk in the park

TEDxBoerhaavedistrictStudio features ideas from the people who live, work and/or study in this special place in Leiden. An area where amazing science happens in the BioScience Park, where museum Naturalis shows a vast collection of natural history, where schools, colleges and the university prepare young people for their future and where the Leiden University Medical Center explores new ways to cure and prevent disease.

"A walk in the park" is the theme of this TEDxBoerhaavedistrictStudio and it is a reference with a wink ;) . A park is a place where people meet, where they go to think, where they go for relaxation or for a run, for picnics, BBQs and to play games with friends. A walk in the park also means something that’s easy to do for someone trained in the subject, like cooking a delicious meal is easy for a chef, or fixing a car is easy for a mechanic. A walk in the park combines the feeling of green and fun with the passion of an expert talking fervently about their favourite topic.

Anthony Brown is an Associate Professor at the Leiden Observatory, Leiden University, and has been involved in the European Space Agency Gaia Mission since 1997. He currently chairs the Gaia Data Processing and Analysis Consortium, a team of about 450 European astronomers and IT specialists who are in charge of turning the raw measurements from the Gaia spacecraft into a three-dimensional map of over one billion stars in our home galaxy, the Milky Way. Anthony is very broadly interested in the astronomical research that can be done with the aid of Gaia data, from studies of our own solar system to understanding the formation history of the Milky Way. Anthony grew up on the island of Aruba and moved to Leiden in the Netherlands to pursue studies in astronomy. He obtained his PhD from Leiden University in 1996 and he has held multiple postdoc positions all over the world.

Arjen Doelman is a mathematician with a special interest in the real-world application of complex theoretical models. Since January 2010, Arjen Doelman has a full-time appointment at Leiden University, partly as professor at the Mathematical Institute and partly as director of the Lorentz Center. This unique combination of roles makes Arjen the perfect candidate to talk about what it takes to get scientific breakthroughs. With the Lorentz Center, his team brings people from different disciplines together to let them socialize and facilitate the generation of new ideas in their expert fields.

Bart Grob is the curator at Rijksmuseum Boerhaave in Leiden, The Netherlands. Since 1999 he's been responsible for the life science and medical collections. Next to collecting and research, developing exhibitions and generating outreach for the museum is his primary task. Recently the focus of Bart's work has shifted towards collecting contemporary science and he is now responsible for the modern collections of the museum. Bart comes from a background in biology. Before becoming a museum curator, he worked on the history of cardiology as a research assistant at Vrije Universiteit Amsterdam.

Eelco de Koning is Professor of Diabetology at the Leiden University Medical Center (LUMC) in the Netherlands. He received his medical doctorate in 1991 and he started research into islet biology and pathology at the Diabetes Research Laboratories in Oxford which resulted in a PhD thesis in 1994. As a visiting scientist he joined the the Joslin Diabetes Center in Boston (2004-2005). Now, he coordinates the national islet transplantation program in the Netherlands and he is medical director of the human islet isolation and transplantation unit at the LUMC. He also heads the LUMC Diabetes Center focusing on person-centred diabetes care. His research aims at a better understanding of human islet biology, islet regeneration and preservation, and novel sources for insulin-producing-cells. He is principal investigator of the regenerative medicine consortiums reNEW, RegMedXB and ISLET that are focused on developing novel islet replacement strategies for type 1 diabetes.

Eline Vrijland-van Beest is a healthcare innovator, venture partner and an expert in knowledge valorization. Currently, she is the CEO of Hybridize Therapeutics, a spin-off from the Leiden University Medical Center (LUMC) that develops RNA-based therapies for kidney diseases. Before, Eline founded NightBalance. A spin-off and MedTech scale-up from the Technical University of Delft focusing on a new therapy for sleep apnea which was acquired by Philips in 2018. Eline is also a Venture Partner at Thuja Capital, part of the Investment Committee of the Deep Tech Fund of Economic Affairs & InvestNL. She holds a position in the Investment Committee of the Graduate Entrepreneur Pre Seed Fund and is a member of the Supervisory Board of Livassured (a company that introduces a smart wearable that warns caretakers on epileptic seizures).

Elise Hovingh strongly believes that diversity is the key to success. In her private life as well as in business. Elise identifies as a "Third Culture Kid" having lived in five different countries growing up. Because of this, and her Lead role in Diversity, Equity and Inclusion (DEI) at her company, she is always interacting with people from different backgrounds. Elise holds a PhD in Immunology from Utrecht University and in her day-to-day job is a Discovery Project Lead for Bacterial Vaccines at Janssen Vaccines & Prevention in Leiden, The Netherlands.

Jasper Visser is strategic advisor, project manager and facilitator who helps organizations be more effective and impactful. He connects ideas and people, he creates enthusiasm and energy around projects, and he facilitates community and co-creation processes. Jasper is director of Stichting 2030, where he strengthens the bottom-up infrastructure of the Netherlands to face the significant challenges of our time. Jasper is committed to a better and more sustainable future and has worked in over 30 countries for over 100 organizations. These include the World Bank, the European Parliament, the International Federation of Library Associations and Institutions, the Museum of Nature and National Arts Center in Canada, various NGOs, and civil society organizations.

Jos Joore is a biologist, biotech entrepreneur, and co-CEO & co-founder of MIMETAS in The Netherlands. Their innovative ‘organ-on-a-chip disease models,’ have paved a way for more human/patient-centric drug discovery and development approaches within the pharmaceutical industry. Jos has over 30 years of experience working in bioscience with innovative biotech companies, and hopes to change the way we approach drug development against 21st century diseases, and improve the focus to be more holistic for patients.

Martina Vijver is Professor of Ecotoxicology and the first female Scientific director of the Institute of Environmental Sciences at Leiden University. Martina has extensive experience in working on the boundary of chemistry, biology and physics needed to unravel the impact of nanomaterials and chemicals to organisms, populations and communities. She is involved in various Horizon 2020 projects and has been awarded multiple prestigious research grants. In 2017 she received the international World Cultural Council prize for outspoken research and outreach activities to young students and the main public. She collaborated on writing 2 textbooks for BSc-students Environmental Toxicology (2019 online learning book), and Food and Sustainability (2019).

Pasha van Bijlert is a junior researcher at Utrecht University Geosciences, and guest-researcher at Naturalis Biodiversity Center in Leiden, The Netherlands. He investigates the physical principles that enable animals to move - both modern and extinct. By combining a background in computational biomechanics with years of experience as an anatomist and 3D technician at Naturalis, he has developed a multidisciplinary research approach. He uses these techniques to bring dinosaurs such as Tyrannosaurus rex back to life, and aims to unravel the locomotion of bipedal animals.

Violette Defourt has always been passionate about public health, infectious diseases, and ways to combat them. Violette possesses a masters in Biomedical Sciences and Science-based Business from Leiden University. In 2020, Violette participated in the annual world-wide synthetic biology competition iGEM (organized by the Massachusetts Institute of Technology (MIT)), where her team won the overgraduate grand prize. In 2021 she co-founded Rapidemic, turning that student project into a start-up company. Violette now leads the team into developing their first molecular diagnostic product, to hopefully revolutionize modern day diagnostics. 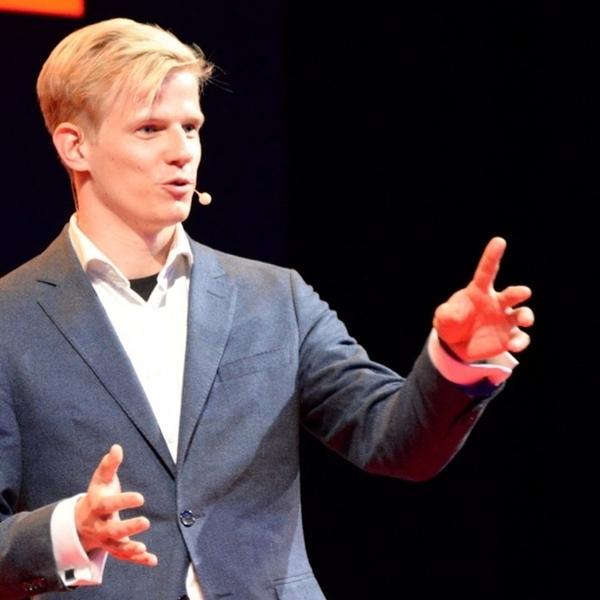 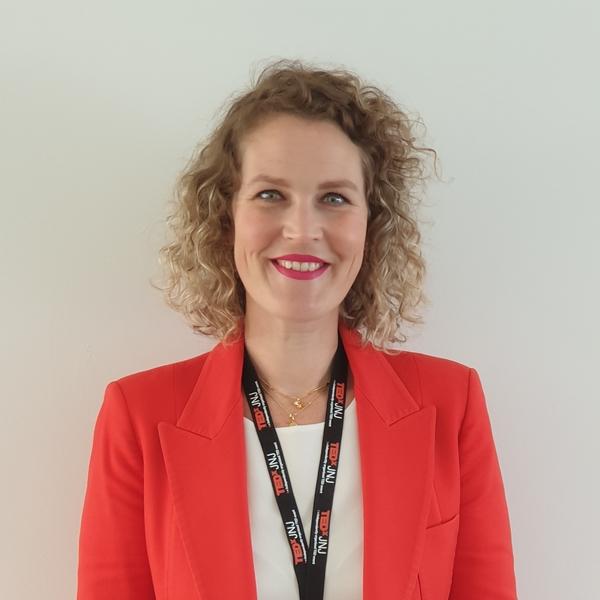