What better way to fuel your brain with fresh ideas than coming to TEDxAIMSTUniversity talk?

Make sure to mark your calendar on 𝟐𝟗𝐭𝐡 𝐀𝐮𝐠𝐮𝐬𝐭 𝟐𝟎𝟐𝟏

He is the director of Autrui Global, a social enterprise that aims to create a sustainable future with better health for underserved communities. He has always been very passionate about social work. He has traveled to over 20 locations in multiple countries for humanitarian trips since 2007. Currently, he is running a clinic that focuses on primary care for the underserved communities in Subang Jaya. At the same time, he is also pursuing his masters in public health at the University of Suffolk. To Dr. Andrew “𝙄 𝙝𝙖𝙫𝙚 𝙖𝙡𝙬𝙖𝙮𝙨 𝙗𝙚𝙡𝙞𝙚𝙫𝙚𝙙 𝙩𝙝𝙖𝙩 𝙥𝙧𝙚𝙫𝙚𝙣𝙩𝙞𝙤𝙣 𝙞𝙨 𝙗𝙚𝙩𝙩𝙚𝙧 𝙩𝙝𝙖𝙣 𝙘𝙪𝙧𝙚.”

She is the Founder and President of Mental Illness Awareness & Support Association (MIASA), a mental health advocacy and peer support group based in Petaling Jaya. She is a strong advocate in promoting awareness on mental health. She has conducted various programmes and initiated many efforts to educate the public on both the importance of mental health and addressing the many misconceptions and myths in hopes of reducing society’s stigma and inducing the availability of more support for those struggling with psychological symptoms. To Puan Anita "𝙄 𝙨𝙩𝙧𝙞𝙫𝙚 𝙩𝙤 𝙥𝙧𝙤𝙫𝙞𝙙𝙚 𝙞𝙣𝙨𝙞𝙜𝙝𝙩𝙨 𝙩𝙝𝙧𝙤𝙪𝙜𝙝 𝙢𝙮 𝙨𝙩𝙤𝙧𝙞𝙚𝙨 𝙖𝙣𝙙 𝙧𝙚𝙘𝙤𝙫𝙚𝙧𝙮 𝙟𝙤𝙪𝙧𝙣𝙚𝙮, 𝙞𝙣 𝙝𝙤𝙥𝙚𝙨 𝙩𝙤 𝙝𝙚𝙡𝙥 𝙩𝙝𝙤𝙨𝙚 𝙤𝙛 𝙮𝙤𝙪 𝙩𝙝𝙖𝙩 𝙖𝙧𝙚 𝙨𝙩𝙧𝙪𝙜𝙜𝙡𝙞𝙣𝙜 𝙖𝙣𝙙 𝙪𝙣𝙛𝙤𝙧𝙩𝙪𝙣𝙖𝙩𝙚𝙡𝙮, 𝙨𝙞𝙡𝙚𝙣𝙘𝙚𝙙 𝙙𝙪𝙚 𝙩𝙤 𝙨𝙩𝙞𝙜𝙢𝙖."

She is a Public Health Medicine Specialist, specialized in field epidemiology. Her speciality leads her to being a member of the Selangor Task Force for COVID. She is currently the Deputy Director of SAFETYNET Inc based in Manila, working to strengthen the field epidemiology training program alongside India, Indonesia, Bangladesh and Myanmar. Achievements: - First Asian Woman to chair the TEPHINET Advisory Board at Task Force for Global Health, USA. - Appointed by WHO as a member of the WHO Expert Committee for MersCoV and WHO Technical Consultant for Field Epidemiology Training Program (FETP). -Appointed as the Director of Institute for Medical Research (IMR) in 2016. - Appointed by Prime Minister of Malaysia as a member of Expert Advisory Group for Science and Health since 2020.

She is currently in her final few weeks in law school and a paralegal in a law firm. Known for her extensive volunteering involvements, among others, she is a former advisor of Small Changes Malaysia and she has represented Malaysia to volunteer in Cambodia under MYCorps. She describes herself by saying that she was never the brightest kid in school but she was well aware of the inequalities, injustices and oppression happening around the world. She realized that not every issue has a practical solution, because it would not have lasted for so long if it was easy to solve. That is why she started volunteering, to provide whatever aid within her means to help those in need. To Jacqueline "𝙄 𝙗𝙚𝙡𝙞𝙚𝙫𝙚 𝙩𝙝𝙖𝙩 𝙨𝙢𝙖𝙡𝙡 𝙘𝙝𝙖𝙣𝙜𝙚𝙨 𝙖𝙧𝙚 𝙖𝙡𝙬𝙖𝙮𝙨 𝙗𝙚𝙩𝙩𝙚𝙧 𝙩𝙝𝙖𝙣 𝙣𝙤 𝙘𝙝𝙖𝙣𝙜𝙚𝙨."

Dr. Kayla Teh Khe Sin is a dental surgeon who graduated as the most Outstanding Female Graduate, acquiring the Dr. Somni Abdullah Award from the University of Malaya in 2018. Despite being actively involved in various international dental conventions and workshops, she is devoted to serve the underprivileged communities by constantly engaging in volunteering activities. She aspires to provide every patient with optimum dental health and aesthetics under utmost gentle care. With nearly 100k followers across her social media platforms, she is determined to increase oral health awareness as well as elevate the concept of Dentistry in the eyes of the public. To Dr Kayla "𝘼 𝙨𝙢𝙞𝙡𝙚 𝙞𝙨 𝙩𝙝𝙖𝙩 𝙤𝙣𝙚 𝙩𝙝𝙞𝙣𝙜 𝙩𝙝𝙖𝙩 𝙚𝙫𝙚𝙧𝙮𝙤𝙣𝙚 𝙘𝙖𝙣 𝙬𝙚𝙖𝙧 𝙩𝙤 𝙢𝙖𝙠𝙚 𝙩𝙝𝙚𝙢𝙨𝙚𝙡𝙫𝙚𝙨 𝙡𝙤𝙤𝙠 𝙗𝙚𝙩𝙩𝙚𝙧 𝙞𝙣𝙨𝙩𝙖𝙣𝙩𝙡𝙮."

He is better known as the Teddy Bear Doctor of Malaysia. He co-founded Teddy Mobile Clinic, where his team provides free medical care to the underprivileged and homeless community around Kuala Lumpur. He also co-founded Genie Foundation where their mission is to provide essential needs, healthcare and education to the less fortunate. He was awarded the Commonwealth Points of Light award, bestowed by Queen Elizabeth II. To Dr. Madhusudhan "𝙄 𝙗𝙚𝙡𝙞𝙚𝙫𝙚 𝙞𝙣 𝙜𝙤𝙞𝙣𝙜 𝙖𝙡𝙡 𝙤𝙪𝙩 𝙩𝙤 𝙥𝙪𝙩 𝙨𝙢𝙞𝙡𝙚𝙨 𝙤𝙣 𝙥𝙚𝙤𝙥𝙡𝙚'𝙨 𝙛𝙖𝙘𝙚𝙨."

Melisha Lin is a host and a model. She has represented Malaysia twice, for a beauty pageant and a modelling competition. She is the 2nd Runner Up Miss Supra Star Search 2021 and a former Global Asian Model Malaysia 2019. She is a mentor for aspiring models aged 13-29 and she works towards a more inclusive talent agency, as the Marketing Manager of aiDEM Studio. Aside from her representation in the beauty media, she also puts a lot of effort into contributing to the community. She is a strong advocate of mental health, making her, YANA Southeast Asia Mental Health Initiative Director. She is also currently a Talent Manager at Lugiámi Gaming, which empowers women gaming and she’s also the President Elect of Rotaract Club of Bukit Bintang.

Founder of Empirics Asia, Forbes 30 under 30

He is the founder of Empirics Asia, a knowledge-sharing platform that seeks to gather and provide access to the collective knowledge of Asia through all social fields. To date, Empirics has published over 1 million open-access articles, worked with thousands of authors and has established an extensive international readership. With Empirics, Melvin is on a mission to create a single centralized and open-access hub for human knowledge, experience and insights. He remains very passionate about integrating technology into bettering human understanding.

Datuk Ramli bin Ibrahim is an accomplished ballet, modern and Indian classical dancer. He is also the artistic director of Sutra Dance Theater and chairman of Sutra Foundation. Datuk Ramli has set stages on fire, holding the audience spellbound with his performance, from Konarak and Khajuraho to Paris and New York. He is known for single-handedly establishing Odissi as a recognisable and well-appreciated dance form in Malaysia, along with creating a uniquely Malaysian interpretation of this ancient tradition. Thanks to his burning desire and passion in arts and culture, he is recognised internationally as a cultural icon and a strong force in the art world, as evidenced by the numerous awards bestowed upon him.

She is the President of National Cancer Society Malaysia (NCSM) - Malaysia's very first cancer NGO which also hosted the World Cancer Congress (WCC) in 2018. Since 2016, she has been a board member of - Union for International Cancer Control (UICC) - International Cancer Information Service Group (ICISG) - ASEAN Non-Communicable Disease Alliance With over 20 years of experience in cancer control, she advocates for the awareness, prevention, early detection and survivorship of cancer.

He is a former Rohingya refugee, now Australian citizen who is devoted to help the refugee community to strive for a better life. This had led him to become the founder and director of Elom Initiatives and Elom Community Center. Elom Initiatives is a refugee community-based organisation that aims to support the refugee community in Malaysia. Elom envisions a society where refugees' basic human rights will be recognized and enforced, by empowering refugees to become productive members of the hosting society. Fun fact, "Elom" translates to "knowledge & education" in the Rohingya language. Building on the adage "knowledge is power", all Elom Initiatives' projects have a learning element in which participants have the opportunity to improve their knowledge with respect to a specific skill or issue.

She is the Executive Director of Women's Aid Organisation (WAO) and has previously worked with the UN's Refugee Agency (UNHCR). In her time with UNHCR, she led teams to protect refugees across the globe, with her last duty station being at Baghdad, Iraq. After spending most of her life in UNHCR, she decided to return to Malaysia. She then received the opportunity to lead WAO. It was an irresistible and a life-long dream of hers to be able to create an impact in Malaysia. However, shifting from refugee protection expertise to gender equality was a surprisingly tough learning curve. She learnt that she had to reflect and work on her inner-self, addressing and re-framing own biases and self-limiting ideas. This had to happen along with developing fresh strategies, building and leading an enhanced team of feminist activists in order for Malaysia to be a better country for women and girls. 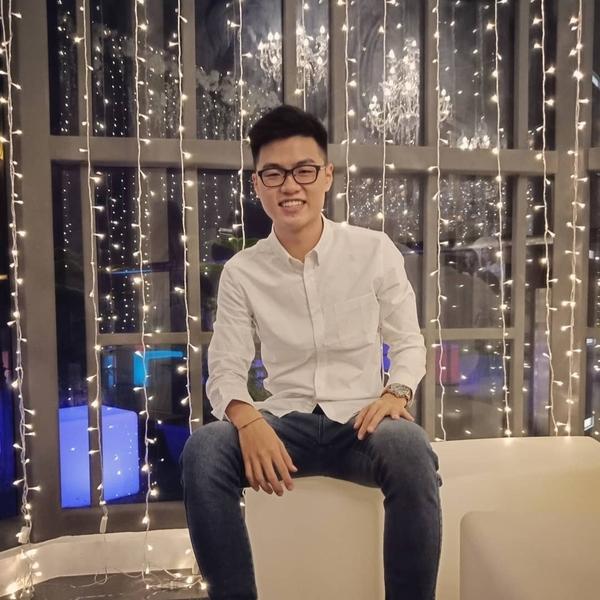 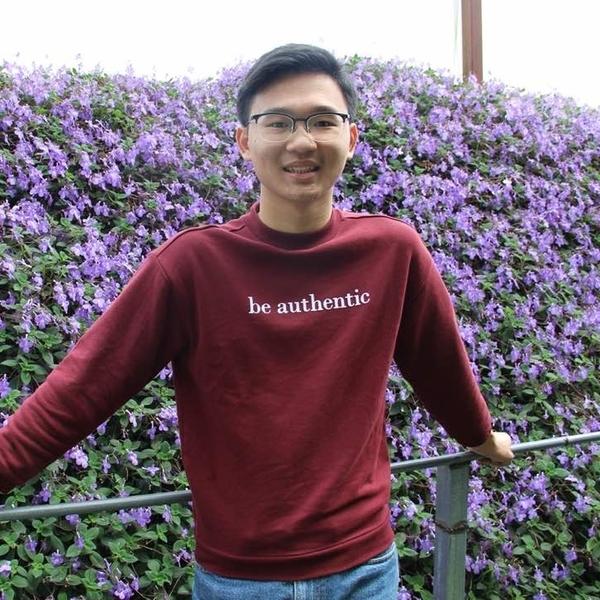