We picked EXPAND as the theme for our 2021 TEDxBreckenridge event because we saw such an EXPANSION of ideas, thoughts, ideologies, friendships, and so much more in 2020. What did you EXPAND this year?

Andrew’s work directly reflects his musings on the creatures we share this planet with. Lately, he’s been thinking a lot about evolution, and the pressure that we’re putting on species to adapt much more quickly than they’re capable of doing. He describes this as the “Elephant in the Room”—something so desperately obvious, but nobody knows how to approach it. The process of evolution is a system so ingenious that it capitalizes on ‘flaws’ in the genetic code, allowing species to change to better suit their environment, and fight for their survival. While a solution exists, it takes several million years. His art asks the viewer to evaluate truth on this planet by considering and pondering the life of much smaller creatures.

Dr. Anita Bangale is an emergency physician. She has served as Medical Director of the Emergency Department at St. Luke's Hospital at The Vintage and has emphasized department wellness during the COVID-19 pandemic. She currently works as a physician and owner at America's ER, where she creates true partnerships with her patients. In the ER, she focuses on effective communication as a leader and prioritizes working under pressure with compassion and empathy. Dr. Bangale is also a certified life coach and founder and creator of Diya Coaching. She aims to spread joy by improving mindset and believes in the magnificent, ignitable power of each person's inner light. (Board Certified, American College of Emergency Physicians, MD, Saba University School of Medicine, BA, Psychology, Rice University)

Beau Thomas and His crew bring Soul, R&B, and Hip Hop to the high country! Uptempo arrangements and strong soulful vocals are the backbone to Thomas’ project, which formed October ‘18. The six piece ensemble comes together from Summit County & The Vail Valley to provide a genuine high energy Soul, R&B, and Hip Hop experience. Beau Thomas(lead vocals), Jeffery Smith(keys), Matt O’Rourke(lead guitar), Austin Dreher(sax), Max Engelman(bass), and Mike Bahr(drums) have a truly special connection thru music and life in the Colorado high country and it shows on stage! Pulling inspiration from varied genres, The Beau Thomas Band is nothing short of something different so hold on for the ride if you’re able to catch a show!

Chris Leidli, MS, MBA, has worked at leading biotechnology companies, like Amgen, where he performed cancer research and development in pursuit of novel targeted therapies, biologics, and cell and gene therapies. He has graduate level training in molecular biology, physiology and cell biophysics from the University of Cincinnati College of Medicine and later went on to earn his MBA from the University of Southern California Marshall School of Business. Chris is the Founder of Boulder Biotech Launch Specialists LLC, a boutique consulting agency with a focus on helping biotechnology companies commercialize and launch innovative new products including cell and gene therapies.

Diane is a Colorado native and has spent the last 22 years serving her community in the fire service. She currently holds the rank of Battalion Chief. She is a yoga-practicing, meditating, positive disruptor, and a single mom to an amazing little man. She is passionate about equity, inclusion, leadership, and creating healthy work cultures. Diane is working on her Master’s degree, and in her spare time, she builds furniture and memorable moments. She loves adventure, fly fishing, and time with her people. In 2017, she created www.thefireinsideher.com, where she shares leadership insights through stories with humor, love, grace, and grit.

Dixie Chamness is a 500 RYT Yoga Instructor/Educator, Bodyworker, Y12SR space holder, and Breath Coach. She is a local yoga teacher, owner of Dynamic Bodywork and Movement in Breckenridge, and founder and lead instructor of The Seva Yoga Project, an organization focused on bringing the healing practices of yoga to underserved areas in the US.

Donald H. Ruggles is a practicing architect and CEO of Ruggles Mabe Studio, an award-winning boutique residential architecture and interior design firm based in Colorado. Founded in 1970, the firm is dedicated to the idea that beauty can improve the lives of its clients, representing more than 1,000 projects spanning 16 states and eight countries. In 2017, he published his first book, “Beauty, Neuroscience & Architecture: Timeless Patterns & Their Impact on Our Well-Being,” which investigates how timeless forms and patterns in design affect our health and well-being. The book was made into a full-length documentary in 2020 titled “Built Beautiful, An Architecture & Neuroscience Love Story," with narration by Martha Stewart. It suggests a new, urgent effort is needed to refocus the direction of design to include the quality of beauty as a fundamental, overarching theme in two of man’s most important fields — the built and artistic environments.

Dr. Douglas Vakoch is an astrobiologist—a scientist who searches for evidence of life beyond Earth. He is president of METI (Messaging Extraterrestrial Intelligence), a research organization in San Francisco that transmits powerful, intentional radio signals to nearby stars in the hope of eliciting replies from advanced civilizations. He is also a clinical psychologist and director of Green Psychotherapy, PC, a Northern California psychological practice, as well as professor emeritus of clinical psychology at the California Institute of Integral Studies. Dr. Vakoch’s work has been featured in such publications as "The New York Times" and "TIME" magazine. As a science popularizer, he has appeared in numerous documentaries on networks ranging from ABC to the BBC, with recent interviews on PBS’s "NOVA Wonders," the Science Channel’s "NASA’s Unexplained Files," and the History Channel’s "In Search Of" with Zachary Quinto.

Jennifer Toda is the founder behind myrealtyportfolio.com, helping individuals of every income level build their own real estate investment portfolio. Prior to pursuing her ski bum aspirations in Breckenridge, she spent five years as a professional suburban mom perfecting her driving skills taking her kids to and from way too many activities. Before kids, she co-founded a venture backed tech startup after quitting her consulting career. Growing up as the only Asian she could find in Johannesburg, South Africa, Jennifer has had a lifetime of not fitting in and charting her own path.

Artist's statement: THERE’S THIS THING ABOUT MUSIC FOR ME—no matter who I’ve been, where I’ve been or any material or personal success achieved along the way, an unyielding force to make music was always a part of me that would not let me go. Eventually, there was no escaping the unrest. These songs and performing at this time in my life, is my surrender to that truth.

Mark Bellncula is a transitional emerging artist whose professional career as a director/animator infuses his current creative endeavors. Born in California, the Rocky Mountain based artist questions the conception that the man-made is unnatural by leveraging the skills and tools of digital filmmaking and visual effects to ask how can the artificial be considered unnatural, constructed by mindless machines, when the machines are ultimately constructed by humans. Mark Bellncula’a alpha project is Lume Machina, which creates massive neon-like structures that begin as 3D line data created in a visual effects program. That data is then converted to flight envelope data using proprietary code called 'La Machine.' What begins as digital—ends as digital, but for one short moment, existed in real life, as an ephemeral time-space sculpture.

Starting in 2018, Rachel wanted to reinvent off-grid living and began to tap into the ways to blend nature with technology to create what she refers to as “the next modern luxury” for family living. She believes going off-grid is beneficial to our health, the environment and in creating a more sustainable future. Rachel is an author, model and founder of Cronin Mountain, an off-grid adventure, event and retreat company in Colorado Springs, CO. She is also the founder of The Cronin Mountain Foundation, a non-profit focusing on enhancing and creating rural roads for those in need. Her passion for health and the outdoors began in 2010, when she became a certified fitness trainer and later began researching organic food and nutrition for her family. In 2016, she went on a national wellness speaking tour and later wrote her first book, "Go Organic in 90 Days", outlining her journey to healthier living and doing so on a budget.

Sherry Hess is Living Flavor™ advocate, founder of “The Flavor Remedy” and host of “Let’s Talk Taste with Sherry, Saving the Earth One Flavor At A Time.” She’s here to stand up for flavor, to shine a light on the imposters who pretend to be nutritious, and to educate you about why it’s important to pay attention to the five flavors your senses were born to experience: salty, sweet, sour, bitter, and umami. Sherry believes that flavor is not only something to be embraced and enjoyed, but it should be given deep reverence when it comes to understanding foods that are good for you. Sherry dives deep into this conversation in her community to help people understand why it is important to pay attention to the flavors they experience and why it is essential to always choose flavors that have nutrition to back them up. Through the wisdom of flavors grown in regenerative healthy soils, we can reconnect to not only our own health, but to the health of the planet as well.

Stephanie Ralph started working in libraries in 2003. She has held positions at every layer of the organization including serving as the Library Director in Grand County and as the current Director of the Summit County Library. She is the recipient of the Special District Association of Colorado: 2018 James T. Walker Leadership Award. 2018 and is currently participating in the NACo High Performance Academy. During her time as Director, Stephanie has seen libraries respond to reductions in funding, and the changing needs of their communities. She believes that through the numerous and evolving demands, libraries have shown themselves to be flexible, creative and adaptive. They remain as essential to healthy communities as ever. In fact, libraries are expanding their role as a vital part of the social infrastructure and community space - open to all. 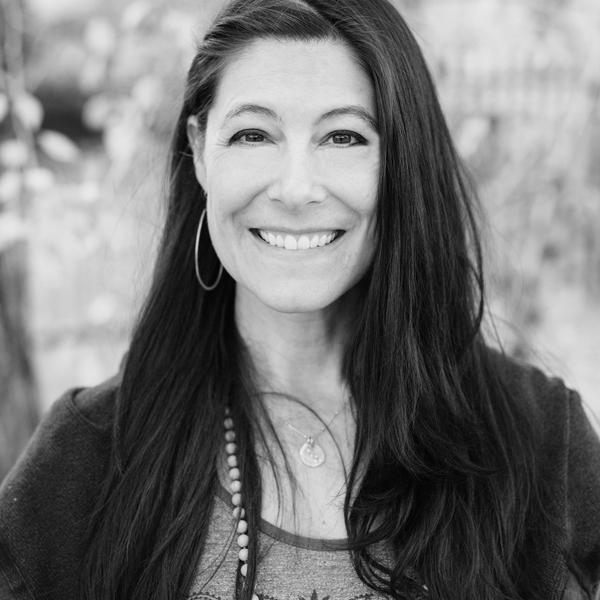