Theme: The past, the future, the best version of yourself 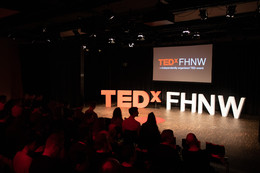 This year’s motto is all about taking a look into the past, future and the road to greatness. On the 15th May, we’re providing you with the opportunity to get a glimpse of the extraordinary lives of our carefully selected speakers, embracing stories of their challenges in life and how they overcame them. Join us for an inspiring afternoon filled with stimulating talks, engaging break activities, the opportunity to connect with like-minded individuals and to embark on a journey of lessons in becoming the best version of yourself.

The writer and gender activist Anna Rosenwasser is a feminist voice in the fight for equality in Switzerland. Until recently, she was co-director of Switzerland’s Lesbian Organisation. In her writing as well as on social media she discusses questions about contemporary life and love in the context of gender and sexual identity.

Daniel has been dealing with various healing methods, positive psychology and personal development for over 15 years. His own dissatisfaction, the lack of meaning in the job and the strong urge for change led him to train as a mental coach in 2014. And that was an absolute gamechanger. Daniel has been working as a mental coach since 2017 and shares his experience and knowledge in workshops and coachings.

David Döbele is a young professional who started his journey on Youtube by sharing his career experiences and struggles with the community. His channel has now become number 1 for business studies and career in his home country Germany. In the meantime he has also co-founded the company Pumpkincareers to help others start their career path in finance and consultancy.

Dennis Lück will tell us all about his inspiring journey through the advertising world. Starting as a young editor and writer to becoming Switzerland’s most successful and brightest minds in his field. In 2017 was considered received the title as “Advertiser of the Year”.

Dr of Cancer pathology and molecular biology, Photographer and Entrepreneur

Soozana Puvanenthiran (Pvan), is an award-winning international photographer and an oncology scientist specialising in cancer pathology and molecular biology. Soozana is the founder of Soozana Pvan Photography, whilst simultaneously handling her research in cancer biology and therapeutics. Her expertise in cancer biology has led her to present her research thrice in America and has currently published three original scientific papers in well-known scientific journals. Soozana is currently holding a post-doctoral position at Oxford-Brookes University (Oxford, U.K.) investigating the roles of extracellular vesicles in stressed cells.

CEO and Co-Founder of Kiri Technologies

Mauro Di Benedetto is a serial entrepreneur with strong expertise in sustainability and digital innovation. Mauro is the co-founder and CEO of Kiri Technologies, the first company incentivizing the adoption of sustainable behaviors through a digital coin. He created the first green incentive system in the history of the automotive industry in partnership with the Stellantis group. Mauro works directly with founders and C-level executives of several multinational companies worldwide with whom he reshapes the future of innovative sustainability. Mauro holds an MSc in International Business from IE Business School (Madrid, Spain) and a BSc in Business Management from Bocconi University (Milan, Italy).

Robin Gnehm is an entrepreneur who his love for the outdoors and mother nature were the motivation to co-found the sustainable clothing line. The philosophy “Tree by Tree” allows Nikin Clothing to plant a tree for each product bought. Robin made his mission to inspire people to fight for what they believe is right and follow a sustainable day-to-day life by wearing affordable yet fair fashion.

Urs Meier is one of the most famous professional football referees. He knows what it means to work under enormous pressure: whether in his role as successful business man, in the stadium in front of 60,000 spectators and the millions of self-proclaimed experts in front of their TVs, as head of the Swiss referees, as consultant to FIFA and the UEFA, or as commentator for a major German TV channel. He will explore what role the feelings, mind and experience play in our decision-making process and how to learn to overcome the fear of taking difficult decisions.

Xenia Tchoumi is a fashion influencer, digital entrepreneur and public speaker. She holds an economics degree and speaks six languages. Xenia is the author of the self-help book Empower Yourself and works as a digital ambassadress of high-end fashion and lifestyle brands. The Swiss-Italian has several million social media followers (@xenia). A female empowerment advocate, she has spoken at the United Nations and this is her fourth TEDx talk. 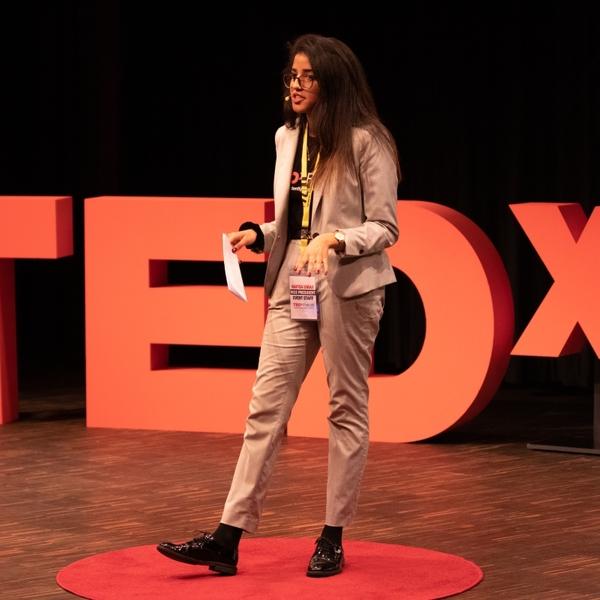 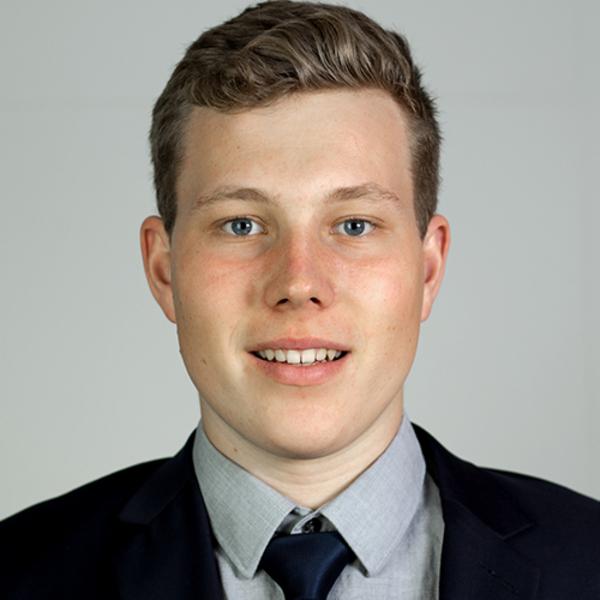