In the spirit of "ideas worth spreading", TED has created TEDx, a program of local, self-organized events that bring people together to share a TED-like experience.

TEDxDSC is an independent event, operating under license from TED, where TED stands for Technology, Entertainment, and Development. The event aims to bring together intellectual minds to give talks that are idea-focused, and are on a wide range of subjects to foster learning, inspiration, and wonders so as to provoke conversations that matter.

The theme for TEDxDSC March 2021: Exploring Horizons
TEDxDSC 2021 aims to bring forth such unconventional and explorative ideas that are talked about less but shape our mindset extensively. We have a wide range of speakers on board from different walks of life, who will oblige us by sharing their experiences.

India's diplomatic relations with People Next Door Pakistan have its lows and highs, in various dimensions including security, military and political. Ambassador Dr. TCA Raghavan will explore the context in which we should view the recent developments in the diplomatic relations with Pakistan, where TCA Raghavan was posted as Indian High Commissioner in 2013 till 2015. Drawing from his illustrious career as a Diplomat, Ambassador Raghavan will explain how as diplomats and the public we should understand the highs.

Asma Khan is the chef and owner of Darjeeling Express. After studying law, Khan went on to do a PhD in British Constitutional Law at King's College London. Cooking was always her passion and she began her food career in 2012 as a supper club in her home. In 2015, she opened a pop-up in a Soho pub to much acclaim, and Darjeeling Express the restaurant opened its doors in June 2017. Her debut cookbook “Asma’s Indian Kitchen” was published by Pavilion being the winner in the U.K. category for food publishing in Indian cuisine in the Gourmand World Cookbook Awards. Khan is the first British chef to feature in Netflix's Emmy nominated Chef's Table. Her episode also received a 2020 James Beard Award nomination. Business Insider named her number 1 on their list of "100 Coolest People in Food and Drink". The Evening Standard listed her in The Progress 1000 as one of London’s most influential people 2019.

Dr. Anjuman Bains is a PhD in Psychology and holds a Diploma in Guidance and Counseling. She is a Counseling Psychologist and researcher known for her proven track record of effective results and positive outcomes with clients for over 6 years. Apart from being a psychologist she is a resource person with CBSE and has trained counselors and school teachers across India. She is an active mental health worker. She has been invited as a speaker by the government of Jammu and Kashmir for various causes such as training counselors and social workers who work in the area of child and women protection cells. In 2021, she joined hands with Girls up Disha, under United Nations.

Gauranga Prabhu, a disciple of H.H. Radhanath Swami, is a monk, a motivational speaker who has transformed various lives through his activities, preachings and has strived to bring change in the society.

Manvendra Singh Gohil is the Prince of Rajpipla in Gujarat and the 39th direct descendant of the 650 year old GOHIL Dynasty. He is the first member of a royal family in the world to openly come out as gay. He is the only Indian to be featured in the Oprah Winfrey show on 3 occasions and also featured twice on the show “Keeping up with the Kardashians”. He is the co founder and Chairman of Lakshya Trust, the first organisation in Gujarat State working for LGBT community. He is also the Ambassador Consultant for AIDS Healthcare Foundation India Cares, the world’s largest and oldest non profit organisation for HIV testing and treatment. He is currently developing a LGBTQA Community campus in his royal establishment of Hanumanteshwar near Baroda to give social and financial empowerment to the LGBT community.

Sajjad Delafrooz is an Iranian actor who has been seen in several TV shows and movies. After acting in many short films and TV commercials, he landed a small role in the film Baby, starring Akshay Kumar. Sajjad got his big break when he landed a role in Tiger Zinda Hai alongside Salman Khan, earning fame and recognition. In 2020, he played the main antagonist in Hotstar series, Special Ops.

Varun Mayya is the CEO and Founder of Avalon Labs. He is one of the youngest entrepreneur in India to raise Venture Capital funding for his startup at the age of 20. He claims to be your unfair advantage. Varun is also the author of one of the bestselling books, Pyjama Profit. He works on ideas that shift paradigms.

Better known as Vilen, Vipul Dhankher is an artist. He is multi-talented; he composes music and even writes the lyrics for his songs. He has a highly appreciated record label ‘Darks Music Company’ which has helped people physiologically with its music and unique way of storytelling. 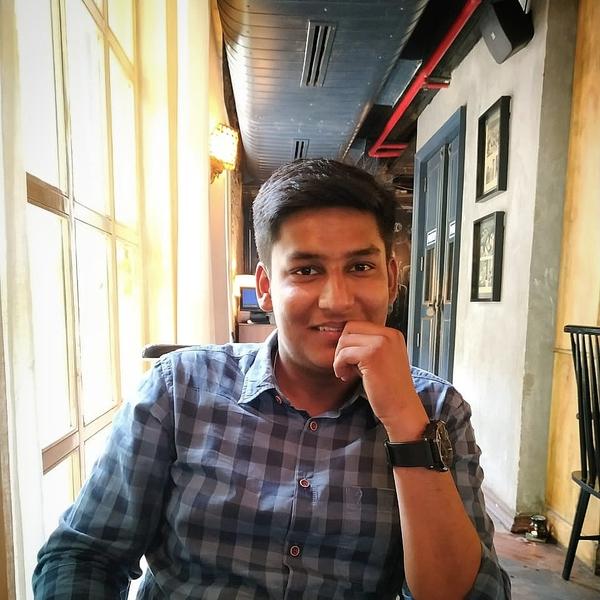