Alycia Anderson is on a mission to motivate and invoke change through the power of diversity and inclusion. She is an accomplished motivational speaker, writer, inclusion coach and the Vice President of Sales for an award-winning technology company, Knock CRM. Anderson received her Bachelor’s Degree from California State University Chico in Kinesiology and Exercise Science focusing on Adapted Education. She holds a European Masters Degree from KU Leuven, Belgium in Adapted Physical Activity emphasizing the benefits, practices and principles of inclusion. Anderson is a tennis player, cyclist, identical twin and has been wheelchair-bound since birth. Born with sacral agenesis, her mission is to spread the power of diversity and inclusion to inspire all people in feeling limitless in living up to their fullest personal and professional potential. Using her voice to share her journey, Anderson aims to help communities and companies understand the true benefits inherent to building a diverse and inclusive society.

Angel N. Livas is a best-selling author, visionary, CEO, and 2019 Communicator award recipient for her radio program, “The Woman Behind The Business Talk Show.” In 2016, Angel organized a movement for women entrepreneurs to expand their companies into international territories by way of her non-profit, “The Woman Behind The Business.” Since its inception, women from across the globe annually convene in Nassau, Bahamas, where the first international chapter was formed. As the CEO of DC Media Connection, Angel utilizes her keen sense of video production and content creation to attract her clients to their ideal consumers. Recently, Angel was named “Woman to Watch 2020 for Business Excellence” by the Creative Life Institute. In 2016, Angel was highlighted in the Washington Business Journal under “People On The Move” and named “Influential Business Woman of 2016” by AI Magazine. Before embarking upon her entrepreneurial journey, Angel oversaw six-nationally syndicated talk-radio shows, which included producing programming for award-winning celebrity hosts Larry King and Jane Pauley. Today, she uses storytelling as a tool to connect to the hearts of audiences as she graces global stages from Accra, Ghana, to moderating conversations throughout the Caribbean. Angel is a proud lady of Alpha Kappa Alpha Sorority, Incorporated, and a graduate of Howard University, where she graduated magna cum laude. She received her master of arts from the American University and she is also the recipient of two professional certifications from Stanford University and Rutgers University. Angel currently resides in Northern Virginia with her two children.

Blaine Bartlett consults, advises and coaches worldwide with leaders, executives, companies, and governments. He has personally delivered programs to more than 300,00 individuals and has directly impacted more than one million people worldwide. Recently featured in the TV series World’s Greatest Motivators and the movie and book Think and Grow Rich: The Legacy, Blaine is CEO and President of Avatar Resources, Inc., an Adjunct Professor at Beijing University, Managing Director of the Global Coaching Alliance, Founder of the Institute for Compassionate Capitalism, and a longtime member of the Transformational Leadership Council. He sits on numerous Boards including the Board of Directors of the Unstoppable Foundation and the World Business Academy. In 2012, he was formally invested as a Knight of the Sovereign Order of St. John of Jerusalem Knights of Malta, the world’s oldest humanitarian organization. Blaine is the author of five books – the #1 international best-seller Compassionate Capitalism: A Journey to the Soul of Business; Discover Your Inner Strength written in collaboration with Stephen Covey, Ken Blanchard and Brian Tracy; the best-selling Three-Dimensional Coaching: Moving Passion into Performance; and Tapping into the Soul of Business: The Key to Employee Engagement. His newest book is The Leadership Mindset Weekly.

Colin West has 10 years of experience as a SCUBA diver and is a certified PADI Divemaster. With a decade of experience as the Owner, Director and Executive Producer (EP) of a film & television production company, he has managed overseas operations, including project logistics, documentation, & personnel from 5 to 30 people on set at a time. His content has aired on networks such as Amazon Prime, ABC International, HULU, Virigin Media, In Flight Entertainment programs & more. His passion for the environment and the outdoors has always been rooted in who he is, and in his 30's it has become the forefront of his career where he launched the 501c3 non profit organization called Clean Up The Lake focusing on fighting back against pollution both above and below the surface of Lake Tahoe.

Kristen Donnelly (MSW, M.Div, PhD) is an empathy educator, speaker, and researcher with two decades of experience in helping people understand the beauty in difference, and the power in inclusivity. She is one of The Good Doctors of Abbey Research, COO of their parent company, and an unapologetic nerd for stories of change. Kristen lives outside of Philadelphia with her husband, where they are surrounded by piles of books and several video game consoles.

JESSE GIUNTA RAFEH is a psychotherapist and certified success coach who’s helped hundreds of young adults who feel lost find clarity and direction in their lives. As a teenager, she struggled with anxiety, depression, and chronic self-doubt. Through her own emotional journey, she developed the tools and methodology that have helped her empower her clients. Jesse’s primary motivation and deepest satisfaction lies in the transformation she sees her clients achieve--through their own dedication, self-discovery, and strength.

Karla Johnston is a mindfulness practitioner ordained in the tradition of Thich Nhat Hanh Engaged Buddhism and an instructor with over 25 years’ experience. Her passion is collaborating in the transformation of people who have lived rock bottom but gained peace, joy and resiliency through their life experiences. In 2014 she founded Lake Tahoe Mindfulness Community, a dedicated group who practices compassion, gratitude and service to the local Tahoe community based out of The Studio, Lake Tahoe. In 2021 Lotuses in the Mud Recovery Family began a ZOOM experiment—offering weekly support for families and loved ones affected by addiction. Karla offers private sessions and groups incorporating her traditional talk therapy background and mindfulness modalities. Her poetry, writings, songs and practice opportunities are at InnerConstellation.com and LakeTahoeMindfulness.com

Speaker. Coach. Hope Dealer. I’m a Los Angeles native, born and raised in Watts by a single-mother and I have seriously overcome all odds. By the age of 10, I was in a major car accident that broke my neck and almost killed me instantly. Growing up with no father, in the ghetto and being a straight D student in high school, I battled greatly with self-hate, insecurity, addiction, and defeat. I’ve now come to realize that every struggle was the material that has propelled me into the future and made me the man I am today. I’m dedicated to serving others and uplifting every person I meet. I’ve studied the art of communication academically but my true talent comes from having spent 10,000 hours (at least that what it feels like) watching TED talks and scouring YouTube studying top communicators, thus perfecting my craft. Don’t believe me? Just wait and see. I’ve traveled the country and have spoken to over 50,000 students and 10,000 adults on behalf of Sandy Hook Promise, a violence prevention organization started by the parents who tragically lost their children in the 2012 Sandy Hook Elementary School shooting. Every year I lead a team of volunteers to serve in Malawi, Africa through Mosaic Global, a faith-based organization in Los Angeles. I’m the chair of the board of directors of INK Theater, a transformational children’s theater group in Los Angeles. I’m an avid lover of coffee and 90’s R&B. I’ve been married to my best friend, Rhea for 10 years. Together we live in West Los Angeles with our 3 month old baby girl, Windley Joy.

A native to Lake Tahoe, CA, grew up playing music and entertaining crowds from the age of five. Son of two teachers, he was also drawn to education and became a schoolteacher, discovering his natural knack for bringing out the best in his students and his peers. He is now a touring musician, public speaker, and author. Ryan lives his life largely from a quote by Albert Einstein's, which says, “Only a life lived in the service to others, is worth living.” His latest book, “The Music Is Medicine Tour,” tells the incredible story of his nine month tour across the entire United States (50 hospitals / 50 states) playing music and speaking to people in need. He has been featured nationally on news channels and stages in front of 500+ sharing his message, “See the light, Be the light” to those who need it most. “Ryan's inspiring journey is a lasting testament to the incredible healing power that music can have in people's lives. Ryan's example shows that one person's will and love can positively impact a great number of people across the entire country!" - Dr. Alex Pantelyat, Co-Director, Johns Hopkins Center for Music and Medicine. 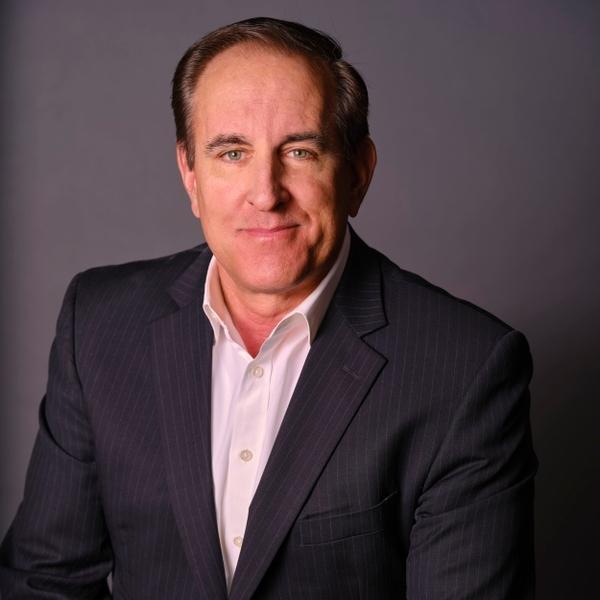 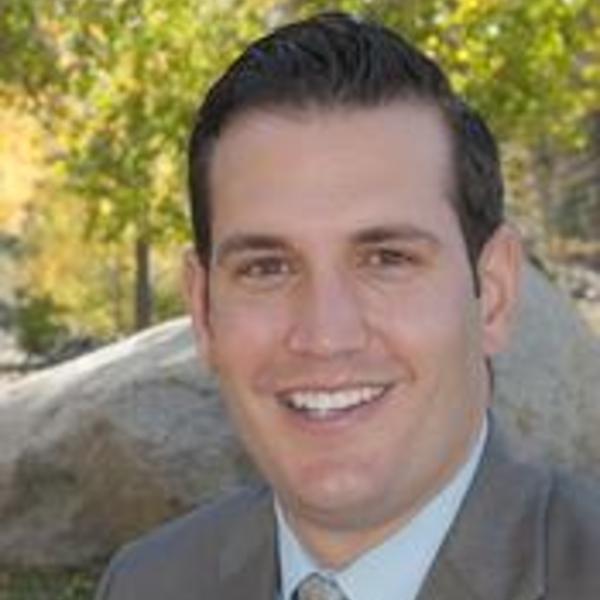