TEDx provides a platform for individuals to share ideas worth spreading. This year's theme is “What Next?”, which has drawn a wide variety of speakers who will undoubtedly leave you inspired with fresh and unique perspectives as the world grapples with the question of what is next to come.

Caroline Ford is a British actress best known for her role as 'Sophie Longerbane' in Amazon’s 'Carnival Row’. Caroline has also starred in the TIFF selected Australian comedy ’Nekrotronic’, in the role of Molly, has played Sam in the series ‘Free Rein’ for Netflix and 'Nimue' in ABC Studios ‘Once Upon A Time’. Caroline always had an interest in acting and attended the Carol Kristian Theatre School from the age of four to eighteen for after school classes. From 2005 to 2009 Caroline studied at St Andrews University graduating with an MA in History of Art. In 2010 Caroline landed her first small role in Casualty and has gone on to star in a number of series and films since then. Caroline lives in London and has a passion for helping women, she has set up a number of small support groups. When not working Caroline also loves to paint.

Dr. Leyla Hussein is a psychotherapist, specialising in supporting survivors of sexual abuse. She is an international lecturer on female genital mutilation (FGM) and acclaimed speaker on gender rights. She is recognised as one of the key experts on these issues globally and is a leading and award-winning international campaigner against all forms of violence against women and girls. Leyla founded the Dahlia Project, the UK’s first specialist therapeutic service for FGM survivors. In 2020, she was elected as Rector of the University of St Andrews for a three-year term, making history as the first Black woman to hold the position. She currently works as the Global Advocacy Director and Deputy Team Leader for the Africa-led Movement to End FGM.

Director and Head of Research at Khal Marina

Dr Rizwan Mustafa is the Director and Head of Research at Khal Marina. He is also a Senior Lecturer in Policing at the Staffordshire University and specialist consultant to the Countering Violent Extremism Unit in the Commonwealth. Rizwan has worked in the British Police Service, with INGO's, the Foreign & Commonwealth Office and other public sector organisations. He is trained in classical Islam; completing the darse nizami from a traditional seminary in Pakistan and is invited to speak at international Counter Terrorism conferences. Rizwan also advises governments on their national Counter Terrorism Strategies.

Emilia Van Hauen is a cultural sociologist, a marketing expert and one of Scandinavia's most sought-after keynote speakers. She is one of the most quoted sociologist on the topics of current trends and social tendencies, with a particular focus on generations Y, Z and Alpha and gender thematic. Emilia has published six books, two being major bestsellers ‘The Tyranny of Success – and the way out’ published in 2017 and ‘Ladycool: Your Gender is a Strength, Use It!’ in 2014.

Grace is a third year International Relations and Social Anthropology student at St Andrews. She has been a part of a befriending scheme in the town for over 2 years and is passionate about the positive mental health effects of volunteering, as well as the benefits it can offer the local community.

Professor Sir Ian Boyd is currently a professor at the University of St Andrews and Chair of the UK Research Integrity Office. He was Chief Scientific Adviser to the UK Government on Food and the Environment (2012-2019). He is a marine and polar scientist and previously served as the first Director of the Scottish Oceans Institute at St Andrews. He is a director of a number of trusts and companies.

My name is Jack Malone and I’m a 22 year old Scottish bloke studying neuroscience. I am from Edinburgh and I am constantly doing something whether it is sport, drama or making stupid decisions with my mates.

James King is a trusted advisor to elite and exclusive organisations around the world. He has counselled elite sports teams, specialist military units and world leading financial institutions.

Josh White is co-founder of the innovative water brand, CanO Water. Following a trip to Thailand in 2014, he along with 2 other friends saw the problems caused by plastic pollution first hand, and have been on a mission ever since to educate people about the issues surrounding single use plastic. Josh is an entrepreneur and was recently named in Forbes 30 under 30. 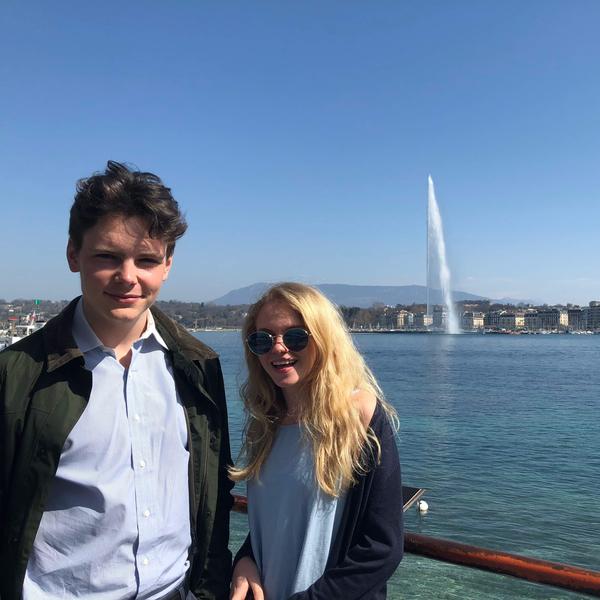