C-Hear, is Harmon’s Dallas-based visionary tech company that’s revolutionizing how consumers – doctors, teachers, lawyers, and the visually impaired – hear pictures and transfer data on the Internet. C-Hear has been hailed as an “Internet game-changer” at SXSW and Dallas Startup Week and recently received a U.S. Patent for its proprietary Codec that allows images to include audio annotation, deleting the need for long, slow-loading video files or insufficient static photos. “Reaction to our software has been enthusiastically and overwhelmingly positive.” She grew up in the Dallas suburb of Mesquite and attended college at nearby SMU. With interests in ballet and psychology not yet paying the bills, Harmon began a marketing campaign for a NASCAR driver. It was there she discovered and nurtured her most valuable skill – one that led to becoming founder and CEO of C-Hear. Harmon, turns out, is a world-class problem-solver.

Alex Tha Great is a DEI strategist, higher education professional, and spoken word artist. She holds a Master of Arts in Cultural Studies from Claremont Graduate University and a Bachelor of Arts in African American Studies from the University of California Irvine. She is a Women of the World Poetry Slam Finalist and the author of 4 books including the latest Everything My Daddy Taught Me. Alex has shared stages with notable people as actress Irma P. Hall and Reverend Jesse Jackson and with her poetry and speaking engagements she has been contracted to feature by over 40 colleges and universities. She lives by the motto: Whatever you do let it be bold.

Briaina Webster is a Senior Rehabilitation Counselor at Richland College. With over 9 plus years of interacting with students on the college level, she realized her purpose of helping others create self-love, self-belief, and self-worth within themselves was bigger than the Richland Campus walls. She believes her passion for helping others become the greatest version of themselves is her true act of service. In her upcoming book Make Tomorrow Proud of Today she reassures the reader that we all have obstacles in life, but it’s how we respond to those obstacles that matter. In her free time, she loves reading, running, and practicing the latest dance moves.

is an assistant professor of instruction at the University of Texas at Arlington in the Department of Criminology/Criminal Justice and the Center for African American Studies. His current research and teaching focus on the role that race and racism play in the systems of higher education and criminal justice. He focuses more broadly on the way that racism, white supremacy, white manning, and white privilege display themselves in power structures and how they oppress African Americans. His work considers how African Americans make sense of their experiences with racism in education and society at large. He has previously published his work in media outlets such as Blavity and Diverse Issues in Higher Education. Dr. Engram is a co-author in two 2021 current and soon-to-be-released books entitled: “Blackmaled in Academia” and “Re-Envisioning Education: Affirming Diversity and Advancing Justice”.

Gaby Natale is a triple Daytime EMMY® winner, TV personality, bestselling author and motivational speaker. She is the executive producer and host of the nationally-syndicated TV show SuperLatina on PBS' VME network. Natale is among a few women in the entertainment industry who owns not only the rights to her TV show but also a television studio. People magazine named Natale one of 2018’s “25 Most Powerful Latinas." Her popularity grew even further when her first book, “The Virtuous Circle” by HarperCollins, became an instant bestseller. Natale is also the founder of AGANARmedia, a marketing company with a focus on Hispanic audiences that serves Fortune 500 companies. In 2019, Natale launched Welcome All Beauty, her own hairpiece and extension line dedicated to women who need to be camera-ready on the go. A tireless advocate of gender and diversity issues. Natale has been featured in Forbes, CNN, Buzzfeed, NBC News, Univision and Latino Leaders magazine.

Mai Lyn is the founder & creative mind behind Fitness Ambassadors, a fitness networking group and events & marketing company in Dallas, TX. She has a passion for bringing people together through in-person & virtual activities. She’s worked with global brands such as Under Armour, Dallas Mavs, Adidas, Omni Hotels and Resort, & BODYARMOR to create these amazing experiences. In 2019 she launched Dallas’ first-ever fitness festival, FAME Fest, a two-day event bringing the arts & fitness together. Her mission is to create a more inclusive and diverse fitness industry by breaking through stigmas, addressing inclusivity issues, & lifting people from all walks of life at her events. Her true passion is sharing knowledge & helping other health + fitness professionals to build their personal brand. When she isn’t masterminding the rise of her fitness community, Mai Lyn is known for lifting weights, her seductive coffee and cocktail videos, & love for fried chicken.

Pamela Chui Kadakia began her career as an English as a second language instructor in the community college space. Working with historically underserved, marginalized, and racialized learners, Pamela began to ground her work and teachings in anti-racism by challenging her own belief systems. She now continues the pursuit of racial equity and social justice internally through her own unlearning and externally in her work as Equity Project Manager. Pamela is also pursuing her doctorate in higher education, exploring how white supremacist ideologies are upheld in ESOL reading textbooks through critical race theory and discourse analysis.

Sam and Sharif Sayed are the Co-Founders of Dayna’s Footprints, a nonprofit that promotes youth empowerment in North Texas. Following the inspiration of the brothers’ late sister Dayna, the organization provides name-brand athletic shoes, and the confidence that they can imbue, to the area's most underprivileged students. Their annual weightlifting and walk/run challenges have garnered nationwide participation and directly fund the mission. Sam Sayed a longtime health science professional and current medical student at the TCU and UNTHSC School of Medicine holds a master’s degree from Drexel University in Biomedical Sciences and Professional Studies. He is also the proud father of a beautiful daughter. Sharif Sayed is an Executive Vice President for a North Texas-based nutrition provider. A proud husband and father of two, Sharif commits himself to developing new leaders in and out of his job, fitness, and the adulation and emulation of The Greatest (Muhammad Ali, of course).

Toi Sweeney is an award-winning fashion stylist, brand image strategist, speaker, entrepreneur, author of Secrets of a Well Dressed Brand, founder of the Well Dressed Brand, and host of Well Dressed Brand TV. Toi helps powerhouse brands and high-performers integrate their wardrobes into their business plans through a stunning, distinctive style that clearly communicates their highest value. She’s passionate about leveraging her Fascination Advantage™ training and the psychology of color to develop signature styles for her clients that help them show up and shut it down. Toi has been featured on Forbes.com, BBCNews.com, HelloGiggles.com. She has two decades of extensive experience in fashion, business, and marketing, and her clients have appeared on The Today Show, ABC, NBC, The Hallmark Channel, & more. Toi is also a recipient of the prestigious Telly Award and a recipient of the Icon of the Year award via the Art Institute. 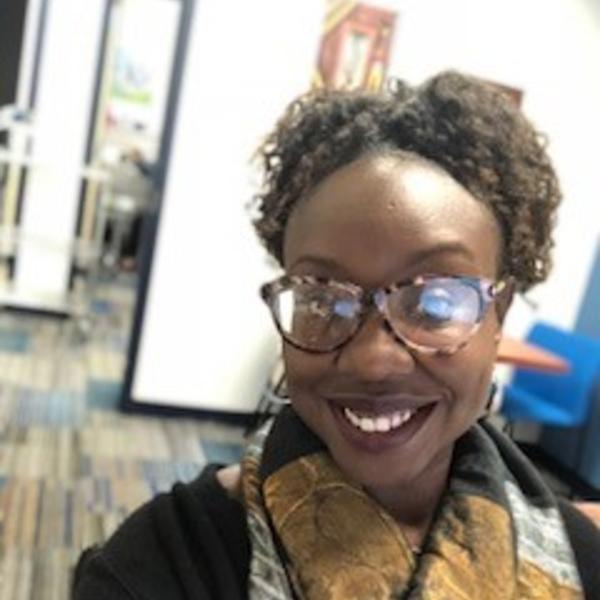