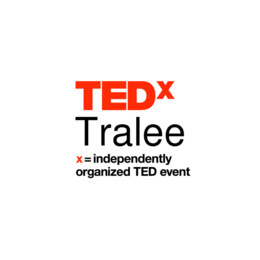 The past twenty years have seen a paradigm shift in the characteristics of our Community. The dynamics and characteristics of Arts, Science and Commerce within our Community are today augmented and influenced by different traditions and cultures brought from around the world. Join 17 of our Communities finest Speakers and Storytellers as they bring your new ideas and inspirational stories. The event will run from 9am until 9pm and follow current Covid-19 Government Guidelines. Along with the main stage Speakers there will be video presentation and Foyer discussions.

My name is Alan Carrigan I am 21 Years old and a wheelchair user from Ireland living with Quadriplegic Cerebral Palsy. I run two Youtube Channels called “The Disabled Gamer” & “Alans Accessible Adventures” . Growing up in a mainstream school and being the only kid in a wheelchair motivated me to express my experience living with a disability across online platforms. This has led to a number of projects such as Podcasting, YouTube, Public Speaking and Disability Consultancy. I am looking forward to rolling onto the TEDx Tralee Stage and hopefully educating and challenging the way people perceive disability.

Anthony has 30 years’ experience working in international public relations, ranging from technology and telecommunication blue chips to educational and local government organisations. He spent 9 years as Head of PR for Psion plc, during a period of rapid change as it evolved from a start-up to a FTSE100 company. In 2001, Anthony returned to Ireland where he established Quinn Garvey PR, which provides public relations and marketing services to small businesses. Anthony also runs Confident Presenting, which provides management training to companies throughout the UK and Ireland. Anthony is an award-winning presenter and public speaker having represented Tralee Toastmasters in the UK & Ireland finals four times. Anthony has also written seven children’s books, including the popular Gravespeakers series for 8-12 year olds.

Brendan Begley - Born into a famous musical family, the youngest of nine children. He soaked up the music and song of West Kerry from an early age. Slides, polkas, songs and slow airs all run through his veins. He has four acclaimed solo albums to his name, as well as numerous recordings with the groups Boys of the Lough and Beginish. He plays and has recorded with Caoimhín Ó Raghallaigh. He has guested with Glen Hansard and John Sheehan in the National Concert Hall,Vicar St,Dublin and Carnegie Hall in 2016,Town Hall and Broollyn Steel Hall NY, January 2018

Caroline is the owner of The HR Suite a HR consultancy that provides expert HR advice to clients nationwide with offices in Kerry and Dublin. Caroline is a past Commissioner on the Low Pay Commission and is also an adjudicator in the Work Place Relations Commission. Caroline has completed a Masters in Human Resources in the University of Limerick and is a trained mediator. She is also the author of “The Art of Asking the Right Questions” that provides top tips to people managers throughout the employment journey. To mark 10 years in business in 2019 Caroline launched a children’s book ‘Celebrating You’ to advocate diversity and the importance of celebrating individuality in children and all proceeds went to enable Ireland. Caroline also contributes as a thought leader to national media, is a frequent conference speaker and writes articles in the national press.

Chris is a sustainable designer, passionate about using the biological world as inspiration for his work. He applies this philosophy at his founded company, Fox in a Box Design, where natural, reclaimed elements are given a second life through a harmonious coupling with low-impact technology. A keen outdoor adventurer, Chris now utilises his experience on the mountains and in the water to create user-centric, biologically-inspired designs. This environment serves as a perfect catalyst for creation and has seen Chris's designs ranging from assistive wearables for physically impaired climbers to bogland-inspired camping equipment. Chris is also a passionate science communicator. Having won FameLab Limerick in 2019, he now works as a communication trainer for the British Council.

Christine Duff is a 34 year old Beauty therapist, life coach with Neuroscience, and mother to a 12 year old daughter and 11 year old son from Cork. In her 34 years of living she has experience in various diagnoses in her personal life. Her ability to accept a label and NOT live the diagnoses it carries is a gift she wishes to teach others in her ted talk. A unheard of diagnoses that entered her life through her son less than a decade ago has encouraged her share information to help others see that the personal strategies Christine has tried have worked and continue to work to this day.

Ciara contributes as a Motivational Speaker, sharing her story in order to promote that anything is possible and we are only ever one decision away from the life we were born to live. An Award Winning Photographer, Ciara works as a Mental Health and Well Being Coach where she is dedicated and passionate about empowering people to release their potential and most importantly, live life - from the inside out. Founder & Host of the Inside Out Podcast, Ciara hosts weekly conversations with people from every corner of Ireland. Ciara also has a passion for Sea Swimming, being in the Outdoors and enjoying life to the fullest with her wife, Paula and two dogs Alfie & Lola.

His parents grew up on two separate, but adjoining small ancestral farms in East Kerry. Donal's early life, growing up on the paternal farm, was much influenced by horses, cows, dogs, foxes, rabbits, the sound of the corn crake at dusk, the soothing sound of flowing water and the shadows of the clouds creeping over the landscape. He sometimes says " you can't get much more rooted than that", referring, primarily, to the two ancestral farms! That's the backdrop and the soundtrack to his life of philosophising, contemplating, reflecting (soul searching) and wondering about life's purpose, meaning and possibilities. About twenty years ago, a new, deep and insatiable interest in health got added on top of 'that base'. He feels that the 'whole sculpture' is a summary of his life.

Ms Edel Lawlor is the founder and director of Expressive Play. This is a hugely successful Child & Adolescent Training & Therapy Centre in Ireland. Ms Lawlor is a Social Entrepreneur and won best innovation in Business in 2018 from The Kerry man Business Awards of 2018. Edel has also received an All-Star business award in Croke Park. Ms Lawlor has published work, been interviewed on Television and on the radio. Edel has a passion for the sea and family is the key to all success. Edel also is the founder of the Kilflynn Fairy festival.

Grett O’Connor is a television producer, presenter, and communications coach. A TV and radio journalist with TG4 and RTE for twenty years, she also worked as a print journalist at The Kerryman (remember her column in Irish ‘My Cúpla Focal’?) and as a press officer in Leinster House. Producer of four television documentaries for TG4, she has worked on several video projects since setting up her own business ‘My Media’ in 2019. Her most recent documentary is about general practice in Ireland and the impact of Covid 19 on our healthcare system. It’s called ‘Vital Signs’ and it’s due to be broadcast on Virgin Media 1 in June 2021. She and her husband Ger have five children and live on their dairy farm near Macroom, County Cork.

Jeff Colley is the publisher and editor of Passive House Plus, an award-winning sustainable building magazine. Jeff is an advocate for evidence-based approaches to sustainable building, who believes that buildings should protect, delight and enrich their occupants, while treading lightly on the earth. A former chair of the Green Party policy committee on buildings, Jeff's notable successes include driving the introduction of 60% energy and CO2 reductions and mandatory renewable energy systems for new Irish homes under building regulations. He is a previous winner of the Green Leader award, with Passive House Plus also winning the Business Magazine of the Year award under his stewardship.

Jennifer Maher is a Life & executive coach, trainer, co- author and NLP Practitioner who helps women exit roles that are crushing their spirit. She lives in Co. Wicklow with her husband Brian, son Tom and daughter Mary-Kate. With a background in Financial Services and transformation programmes and a career spanning over 20 years, Jennifer brings support from her own journey through trauma, pivoting and healing to achieving success. Her work brings meaningful change to the women who seek her help, allowing their deepest desires to become unlocked for greater confidence and fulfilment.

Kate Moore is an artist and writer from Tralee, County Kerry, and a graduate of MTU Kerry. She is passionate about writing and theatre, and her work has been performed onstage at Siamsa Tire, the Everyman, Cork Arts Theatre and by UCC Dramat. Kate is also very passionate about mental health, and had an article detailing her personal experience published in the Irish Times in 2019. She believes in the power of creativity and art to change lives and is looking forward to discussing this with the TEDX Tralee audience in October. You can find her on Twitter.

Ken Gibson is a philanthropist, committed to creating opportunities for people to live fulfilling lives and to make the world a better place. He’s 100% Irish yet truly global. His work extends across 4 continents. Ken is equally at home in his native Dublin or navigating the rural villages of India. He has dined with royalty and is equally privileged to have shared food with families in some of the world’s worst slums. He’s as comfortable in corporate boardrooms as sitting in the doorways that impoverished Asians call “home”. Ken is 1000% committed to fighting disease, poverty and injustice.

I’ve been a sports fan all my life. I ran, played basketball, taught PE and delivered Tutor Development Courses at the National Coaching and Training Centre. Passionate, hard-working people have been around me always. I don’t know how they put up with me! I treasure lessons they taught and am grateful for their goodwill. They shaped my life. Sport was what I saw and did while sportspeople sprinkled meaning on life lessons picked up on-the-go and delivered with timely example. At home in Ashbourne, my wife and three daughters similarly keep me on track. I’m a lucky man.

Nadia is an eclectic writer, consultant, communicator, artist and advocate. Born in Dublin to an Irish Mother and Indian Father, Nadia is multicultural and values inclusivity and diversity. With an insatiable curiosity about life, she is an avid student of quantum physics and biodiversity. An avid reader, Nadia seeks to experience the interconnectivity of life in all aspects of her work. She holds a PhD in Communications and is an award winning film director. Diagnosed with dyslexia at an early age, Nadia learned to use patterns to help her progress and comprehend the world.

Stephen has been working in the areas of corporate strategy, mergers and acquisitions and online strategy for over 20 years across the US and Europe. He worked exclusively on the in-house strategy team for the German Stock Exchange and with C&C Group on global brands including Magners Irish Cider and Tullamore Dew Irish Whiskey. Stephen is the Founder and CEO of Tribe101.com, an online educational network which finds, teaches and groups Global Diaspora into their like-minded ‘tribes’. He now works with local communities and regional and national Governments all over the world helping them engage and utilise their global Diaspora, similar to how a university might manage its alumni. 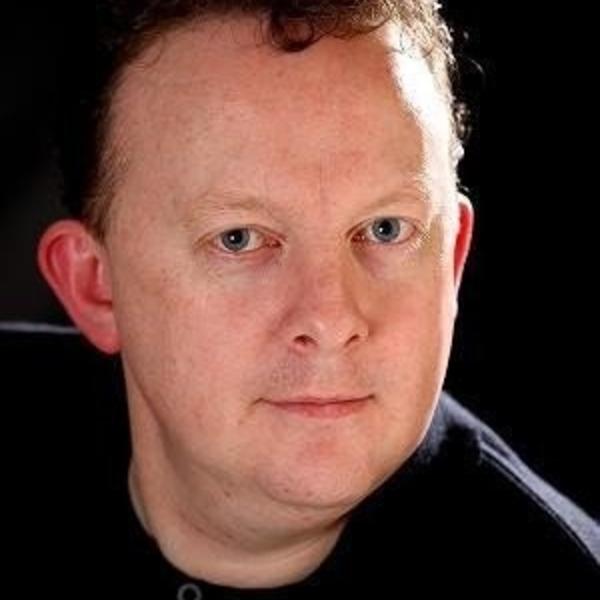 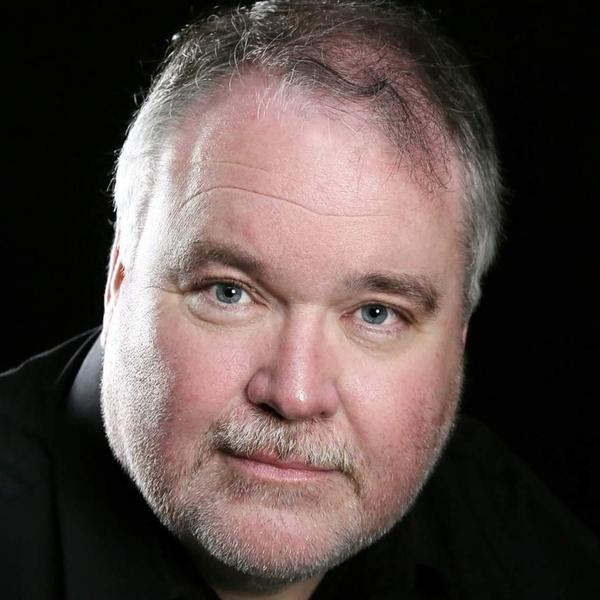