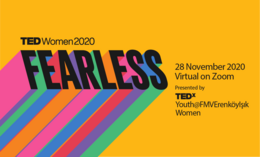 We as the TEDxYouth organization team are thrilled to announce that we will be having a TEDxYouth@FMVErenköyIşıkWomen event on Zoom this year! We know that in these difficult times, it may be hard to have hope and courage. That is why we will unite together with many fearless speakers under the theme “Fearless”. We hope you join us on the 28th of November at 12.00 in this journey!

Aslı Davaz studied French Language and Literature at the University of Paris and then Linguistics and Teaching French as a Foreign Language at the University of Besançon. She worked as an interpreter for many years and translated articles and books. She did some research on librarianship and archiving in the UK and France and then opened The Women’s Library and Information Center Foundation with Jale Baysal, Füsun Akatlı, Füsun Ertuğ-Yaraş and Şirin Tekeli on April 14, 1990. She is one of the few people who has specialized on women-centered archives and has been working on keeping documents that include women and making them available for the researchers, on the history of women-centered archives and on the recollection of women’s history.

Aslı Polat started her drumming career in 2002. Despite being a graduate of Electronics and Communications Engineering from Yıldız Technical University, she decided to make a career in drumming and started her band “Kırmızı” which is a Rock band in Turkey whose all members are women. Kırmızı released their debut album and took the stage with many worldwide popular bands and musicians such as Ozzy Osbourne, Manowar, Arch Enemy, Haggard and Destruction. They got second place in the Eurock Marathon competition held in Europe, and 5th with her solo performance in the world-wide "Hit like a girl" competition. Now she raises new drummers in her studio and is shooting videos for her YouTube channel.

Seben Ayşe Dayı got into the department of journalism at Yeditepe University with full scholarship.After graduating in the first place, she had her master’s degree in department of anthropology at Yeditepe University. She wrote her master’s thesis on “Children and disability in alternative education” within educational anthropology. She has been working as a disability rights activist for about 10 years. Within this period, she took part in many projects that aim to change the perception of disability in society and education professionally and voluntarily. She is the founding partner of “Everything accessible” which provides training consultancy services on accessibility solutions. She has been carrying out accessibility projects in the Customer Experience department at Istanbul Airport for the last 8 months.

She is a journalist working for the Cumhuriyet Newspaper. She started her career as an English Mathematics and Physics teacher. She is a member of the Darüşşafaka Society Board of Directors, the Education Commission and the Commission for Student Selection, Matriculation and Acceptance. She is also a member of the Koruncuk Foundation Board of Trustees, an Executive Committee member of the Anabilim Schools, a member of the Fenerbahçe General Assembly and the founder of the Ceylan Adanalı Education Center. She has given numerous speeches at over 300 conferences to millions of viewers all around Turkey and received a number of awards for her work in the field of education in the Eastern and Southeastern provinces of Turkey.

Jülide is an IB DP student at FMV Erenköy Isik High School who has had the opportunity of hosting the previous Tedx Youth event at our school. Since the start of high school, she also has been an active and successful member the of MUN club. She likes listening to personal narratives and she is also interested in feminist history as well as anything related to social change.

Neveda Öner was born in 1982 in Istanbul as a healthy baby. Due to malpractice of a doctor when she was 4 years old, she became severely hearing impaired. She graduated from Beşiktaş High School in 1999. She considers this as a paramount success as she expresses that it was difficult to have any kind of education for hard of hearing and/or deaf people in Turkey. This was mainly because the Turkish Sign Language, TİD, was officially accepted as a language and allowed to be used in the schools for educational purposes only in 2005. She worked in various sectors. She was the store manager of Mudo City for several years and she spent long years in the finance sector as an Operational Specialist at Garanti Bank. She was into theatre, too. For a couple of years, she acted and served as a co-director in the plays cast by hard-of-hearing and deaf people. Since 2014, she has been working as a Turkish Sign Language teacher at various reputable schools and establishments such as The municipality of Istanbul, Sabancı Foundation, General Head of Hard-of-Hearing and Deaf people of Turkey and she has been trying to reach as many people as possible to dispel communication obstacles of hard-of-hearing and deaf people.

Born in Istanbul, June 1985 Sinem Demirci is the founder and General Manager of Launch Istanbul, with offices in Turkey and in Africa/Ghana, managing export and import of operations between Turkey and many other regions. She has received her Bachelor’s degree from Hacettepe University and her Master’s degree from University of Surrey on International Communication and Marketing. Before founding her own company she has worked in multinational companies based in Central Europe and Gulf Region. She is an experienced manager with a demonstrated history of working in the management consulting industry, with strong entrepreneurship skills, especially in International Trading.

Tutya Yilmaz is an artistic gymnast. She represented Turkey at the 2014 Youth Olympics and the 2015 European Games in Baku. In 2016, she won gold at the Mersin World Challenge Cup in Turkey, and was first reserve for the Balance Beam Final in the Rio Olympic Games.

Zeynep Aksoy graduated from Robert College in 1988. She has trained thousands of yoga instructors in Turkey. Ms Aksoy worked as a consultant in the establishment phase of Code Lotus Mindfulness Center in American Hospital in 2017. She gave pro bono Online Specialization Programs in 2020. Zeynep Aksoy has been promoting trauma, Mindfulness and meditation with around 200 publications since 2018 on the Reset YouTube channel. You can listen to Zeynep Aksoy Reset on Spotify and Podcast.

Ada is a student, who passionately advocates for social justice matters all around the world. She amplifies her voice by speaking to audiences via debating and public speaking. As a teenager who is deeply concerned about the status quo, her main focus is to join the fight against hate and prejudice. Besides her goals regarding advocacy, she is interested in biology, chemistry, and history as well as music. 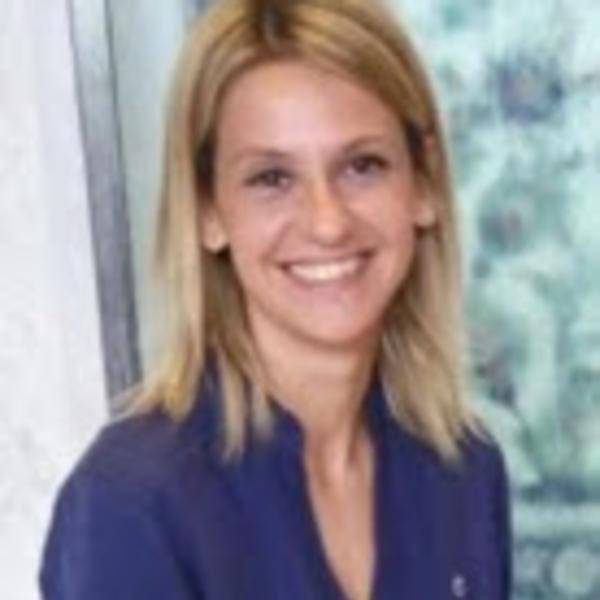 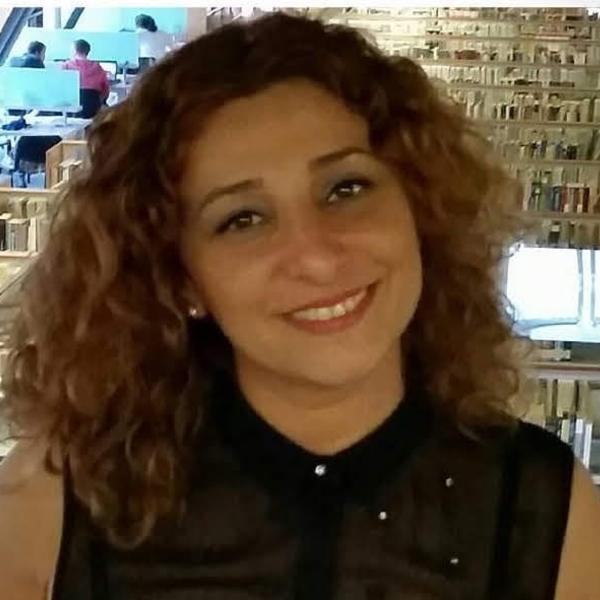