Theme: Made In Lockdown

For most of us, this was the first pandemic that we have ever experienced. While it has caused a lot of distress not only physically but also mentally, financially, economically and many other spheres of life, it has also given birth to a lot of ideas, startups, solutions that we didn't even consider or think about earlier. In this TEDx event we hope to celebrate such people and ideas who have had a great imoact on people's lives through their work. Join us on this journey today!

Aditi Bhagwat is an award-winning foot percussionist and dancer from India. Specialised in the Jaipur style of classical Indian dance, the radiant storytelling of the Kathak traditions finds a strong place in Aditi’s intrinsic rhythmic sensibility. Aditi has delved into numerous Indian classical traditions, including Taal and Laikari. She has likewise welcomed the opportunity to experiment with traditional and innovative disciplines of world music using Kathak and Lavani styles in collaboration with Jazz maestro Louiz Banks, renowned percussionist Sivamani, Jazz music composer Merlin D’Souza, Rod Williams, and Bela Szakcsi Lakatos for the Gypsy-Indian World Jazz project in Hungary. With her dazzling foot percussion displays, Aditi has enthralled audiences in India and abroad in the USA, Australia, Singapore, London, Spain, Germany, Portugal, Poland and New Zealand.

Co-Founder and Creative Director of We are Knitters

Alberto Bravo is the co-founder and Creative Director of We Are Knitters, a brand that sells DIY kits (knitting, crochet, weaving, etc). The brand was created in 2011 along with Pepita Marin in Spain but since then, they have expanded all over Europe, USA and Australia. It is a global fashion and lifestyle brand committed to supply top-quality knitting, crochet, petit point and macramé kits. The business is motivated to help build and encourage a "knitting renaissance" in which the art of needlecraft is reinvented and rejuvenated in a world that is becoming increasingly aged and digital to adapt and flourish. It does so by engaging via social media, activities, and a product offering that appeals to a varied but modern audience with a community of knitters, crafters and friends. With a very active audience, they have a large presence on social media too.

An architect and innovator, Arun Prabhu NG is the founder of The Billboards® Collective, a multi-disciplinary R&D Design Studio located in India, which is devoted to extensive work on art, architecture and communication in conceptual and experimental design with core verticals. The creator of the revolutionary ‘SOLO:01’ design, Arun is presently collaborating with entrepreneurs and investors to take it to a larger scale. It is one of the world's smallest utilitarian designs of a compact 6ft x 6ft space converted into a portable/detachable housing unit with all basic amenities of a residential building. It also is working on a path to break design barriers and receive accolades for interesting, Functional Architecture projects, Product designs, and research areas. Guided by a clear vision to have a positive effect on lives, innovations arise from the need to build designs for end-users facing space and budgetary constraints.

Founder of ‘DooGraphics, ‘Made in India’ Canva

Born and raised in a farmer's family, Dadasaheb Bhagat belongs to a small town known as Beed, in Maharashtra. Oblivious of the formal education, he completed his education in ITI, and later on started working as an office boy at Infosys. Having worked there for 10 years, he got acquainted with the usage of different software, through his colleagues. That was when he realised his dream of building something of his own, and ‘Doographics’ was developed. The Corona Virus outbreak made Dadasaheb and team rethink the company’s functioning, making them resort to an economical and sustainable way of operating. They moved their office from Pune to his hometown, where they could save more and invest the money in the company. This enabled them to grow, learn and work together. He is a principled follower of ‘Aatma-Nirbhar Bharat’, who believes that if we are brave enough and believe in our dreams, everything is possible.

Dr. R. Shivaraman, PhD (Nanotechnology – Magnetic Data Storage Devices) is one of the youngest PhD Nanotech students in India. Having completed his Masters in Nanotechnology after his Bachelors in Computer Science, he derived his expertise in a broad range of topics from the time spent in some top research facilities such as University of Western Australia, Carnegie Mellon University, SRM University and Bhabha Atomic Research Center. He co-founded Big Bang Boom, an organisation which aims to foster innovation and indigenous technology development in Defense and Aerospace areas. Shiva began his entrepreneurial journey with Accendere, a research incubation start-up, following his academic career in which he published more than 50 research papers and 2 patents, and spearheaded Accendere's Management Consultancy, Research Incubation and New Product Creation verticals.

A continuous seeker of knowledge and showing inclination towards utilizing knowledge for the benefit of society, Dr. Sairam Palicherla, is the founder of Urban Kisaan Farms Pvt. Ltd., who has done PhD in the field of Agriculture Biotechnology. Skilled in Molecular Biology, Molecular Breeding and Biotechnology Research, he is extensively working in the field of establishing commercially viable vertical farms suitable for urban dwellers. Building vertical farms in urban areas is his field of interest, which is why he has been working extensively on developing technologies for building these vertical farms for growing Indian vegetables right in the heart of the city or close to the dense communities for the past three years. His philosophy is to cultivate nutrition-rich vegetables free of any chemicals or traces of harmful heavy metals, to prevent losses and costs of long-distance transport, to make agriculture genuinely safe and environmentally friendly

Emma is an experienced consultant specialising in communications and policy. She has lived and worked with political leaders, NGOs and private sector organisations in Nigeria, Ghana and Kenya. Emma has worked with global brands across Africa to help battle the trade in counterfeit products. This has enabled her to use her knowledge in communication to concentrate on raising awareness about the trade in falsified medicines, which has led her to launch her SOAS doctoral research project. She is currently a member of the School's development studies department where her study is focused on the availability and consumption of fake medicines (specially medications for malaria) in West Africa. In Kenya and French Polynesia, she also manages FarmSmart, an exciting new app that links farmers to sustainable farming advice. She is excited about technology and its potential to drive real change.

Gurvinder Singh is a Finance Director and International Humanitarian Director at UNITED SIKHS, a civil and human rights, non-profit disaster relief, non-governmental organization, which is also a member of the United Nations. Their goal is to improve, mitigate, educate and protect the lives of vulnerable individuals and minority communities affected by disasters. In his long association with UNITED SIKHS, Gurvinder Singh has responded to numerous disasters worldwide, including tsunamis, hurricanes, floods, tornadoes, typhoons and earthquakes. Apart from this, he has led many humanitarian aid projects, including the Guru Nanak food pantry in Kenya, food banks and drive by food pantries in the United States, vocational training schools in South Asia and a charity shop in the UK. In addition to this, He is a board member of the Dallas-Ft. Worth Civil Rights Committee.

Being a parallel entrepreneur, social psychologist and sushi curator, Harry Kosato graduated from London School of Economics and Oxford University. He started his journey as a qualified tax expert and later on went to launch Virgin businesses and Dyson in Japan as Head of Marketing. At present, he works for various projects ranging from India’s first chain of sushi outlets, popularly known as, ‘Sushi and More’ to a socially driven organisation, ‘Me for the World’. Currently pursuing his doctorate at the SBS Swiss Business School in Zurich, his offices operate from India, Singapore, Japan and UK. Some of his noteworthy achievements include a Guinness Book of World Records award and Good Design award.

Born in England to Indian parents, Lutchmayer began piano lessons at the age of six. He went on to study at the Royal College of Music with John Barstow and Peter Wallfisch, and with Lev Naumov at the Moscow Conservatoire. During his time at the Royal College of Music, he was a recipient of the Hopkinson Silver Medal, and after his graduation, returned to the college as the Constant & Kit Lambert Fellow, as awarded by the Worshipful Company of Musicians. Lutchmayer is currently studying for a Masters in Health Social Care at the University of Oxford. In 2015, Karl was awarded the Bharat Gaurav (Pride Of India) Lifetime Achievement Award for his contributions to Western Classical Music in India, the UK, and internationally.

After completing his mechanical engineering degree in 2005 from the National Institute of Engineering, Mysore, Nitin Vishwas worked as an Executive-Trainee at Larsen and Toubro. He later obtained an MBA from the Indian School of Business, Hyderabad, and began working as a McKinsey business consultant and subsequently as an Associate Director at Abbott Healthcare, before choosing to leave everything to dive into the world of alcohol with his childhood friend, Rohan. The duo went on to get a new law made in India for honey fermentation, while also launching their own brand of artisanal 'hive to table' honey and the ‘Moonshine Honey Project’, during the lockdown.

When he discovered that he could use his business knowledge to widen the horizons of his career in entertainment, consulting and coaching, Ravi Mayar joined the world of magic. He is a Celebrity Magician, Pick Pocket Consultant and Hypnotist who has performed and taught his fantastic skills to people from over 45 countries. He is a passionate trainer, who believes in self-learning techniques. Apart from this, he has worked with some of the greatest professionals in his field, one of which is a TV Series, ‘Magician Impossible’. He recently collaborated with the YouTube star Ryan Tricks to work on his Street Magic TV series, ‘Dirty Tricks’. In order to blend, mix and mystify some of the most prestigious people in the most distinguished places in the world, Ravi Mayar has not only given lectures at different magic societies and clubs but also has performed in front of some of the world’s greatest celebrities. 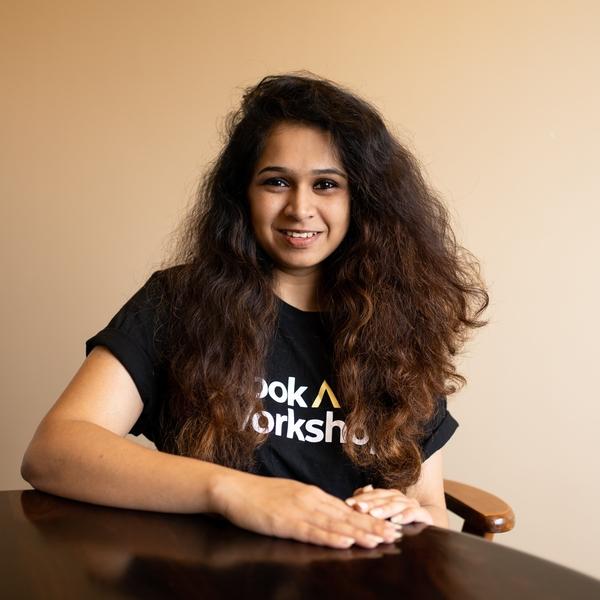