As a computer scientist, Prof. Dr. Andreas Maier has always been captivated by research and its impact. Once he received his degree in Computer Science in 2005, he started his Doctorate and worked at the Pattern Recognition Lab at Friedrich-Alexander-Universität Erlangen-Nürnberg (FAU). During this time he not only focused on understanding the fundamental aspects of medical signal processing in speech data — but also on developing the first online speech intelligibility assessment tool. After his Ph.D. studies, he began working as a postdoctoral fellow at the Radiological Sciences Laboratory at Stanford University. Afterwards, he joined Siemens Healthcare as an Innovation Project Manager. In 2012, he returned to FAU, where he is currently Professor and Head of the Pattern Recognition Lab.

Since October 2020 Cedrik is the CEO of Siemens’ industrial business “Digital Industries” – and he is also responsible for the IoT business, cybersecurity, and IT. He started his career at Siemens as Product Line Manager for Wireless Internet and spent 16 years in various management positions at Cisco Systems based in the US and Germany. Cedrik completed his academic career with a Bachelor and MBA in Engineering / Business Finance.

Prof. Dr. Joachim Hornegger is currently the president of the most innovative university in Germany – Friedrich-Alexander-Universität Erlangen-Nürnberg (FAU). Yet, he also is a passionate computer scientist, who enjoys designing algorithms for use in the real world. He studied theoretical computer science and mathematics in Erlangen, Germany and obtained his PhD in computer vision. From 1997 to 1998 he was a postdoc at the Massachusetts Institute of Technology (MIT) and at Stanford University. After his time abroad he returned to Germany, where he became part of the Siemens’ top talent program. During this time he worked as a development engineer and as a manager for medical imaging. Back in academia, he became a professor of medical image processing and later took over the chair of pattern recognition at FAU. Since 2011, he was a member of the executive board at FAU before he was elected president in 2015.

Krys has consulted and worked with large Global enterprises. Currently, she is leading global organizational transformation efforts focusing on people, culture, and organizational development. In her role, she empowers individuals and leaders to be more inclusive, innovative, and responsive to build stronger teams, organizations, and businesses for the future. The year 2020 and 2021 is marked with uncertainty and complexity. And even though individuals adjust to a “different normal”, Krys Burnette continues to share her passion about the value of equity, diversity and inclusion (ED&I) in all areas of our lives.

Born in Argentina, Luciana wanted to study computer science. But life can present the unexpected, and so she studied business instead. Even after completing her degree, starting her first job, and moving to Buenos Aires, her love for analytical thinking and numbers did not vanish. On the contrary, she developed a stronger desire to pursue it as a passion, leading her to a master’s in data science. This paved the way for a long career in data analytics. With over 15 years of work experience she has worked for many large corporations, such as Unilever and adidas, and she is presently the Team Lead of Data Analytics at Holidu, a scaling travel tech startup based in Munich.

Raquel is a passionate communication expert and coach with more than 25 years of experience leading and supporting communication initiatives in different industries. Born in Puerto Rico, raised in the US, and now based in Germany – Raquel has experienced different cultures, which has taught her many diverse ways of listening and its ability to strengthen human relationships. Raquel has dedicated herself to the topic of „listening“, which is believed to be an under-valued, under-taught, and under-trained skill. Many take the art of listening for granted, which is why, in addition to conducting online training courses and facilitating many playful listening labs, she started a podcast to raise awareness about its power.

Tobias Eismann is an engineer, a creativity researcher and teacher. In 2016, he started his Doctorate at Friedrich-Alexander-Universität Erlangen-Nürnberg (FAU) in the field of creativity and innovation management, topics that have ever since become his passion. Tobias is a firm believer that the topic of creativity needs more attention in society. He began sharing his beliefs by teaching students, writing scientific articles and consulting organizations. Currently, he works as a Senior Strategist of Creativity at Siemens, sparking people’s creativity in an organizational context. 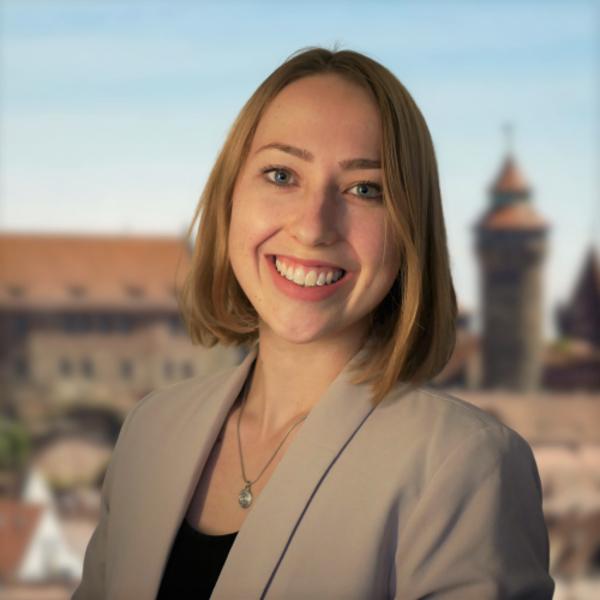