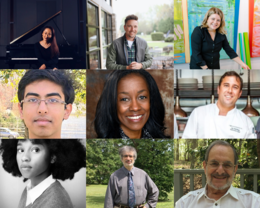 Eight amazing speakers share innovative thoughts with us in this virtual, free event. Saturday, September 18, 2021 starting at 9 am. Register at www.tedxgreatmills.com.

Carrie Patterson (American, born Tokyo, Japan) has for over twenty years developed a daily perceptual painting practice that engages her mind and body by creating geometric paintings that embody a poetic, physical translation of space. She earned a BFA in Studio Art from James Madison University and a MFA in Painting from The University of Pennsylvania, and was a student resident at the New York Studio School where she worked with second generation abstract expressionists Charles Cajori, Mercedes Matter and Rosemarie Beck. Her work has been exhibited and included in exhibitions across the nation. She volunteers her expertise to many arts organizations, and has authored How to See for The Great Courses, The Teaching Company. She received the Maryland State Arts Council Independent Artist Award. Carrie is the Steven Muller Distinguished Professor of the Arts, St. Mary's College of Maryland where she serves as a tenured Professor of Art and Chair of the Department of Art and Art History.

Chuck Adler is a physics professor at St. Mary’s College of Maryland; he got his Ph. D. in Laser Physics at Brown University, and has done research in a variety of areas including atmospheric optics, atomic physics, and Physics pedagogy. He has written over 40 research papers, and is the author of the popular book Wizards, Aliens and Starships: Physics and Math in Fantasy and Science Fiction. He has a course for the Great Courses lecture series, “How Science Shapes Science Fiction”, and has given popular lectures, including "Where is the Science in All That Fiction?" (Rensselaer Polytechnic Unviersity and other venues), “Let’s Design a Dragon!” (Duke University), "Particle Fever and the Grandfather Paradox: Physics for Everyone" (Kavli Conversations on Communicating Science, with Dr. Mark Levinson), and “Cylons, T2’s and the Borg! Oh my!” (YHouse lecture, Manhattan, New York, with Dr. Bow van Riper). A lifelong fan of science fiction, he hopes one day to write his own work.

As a child, Chef Jay Rohlfing watched his grandfather make Angel Food cake and was immediately hooked by the culinary world. He attended culinary school at Pennsylvania Institute of Culinary Arts and went on to work at the Boca Raton Resort, Harbor Court Hotel, and Linwoods in Owings Mills. Working under Linwood Dame at Linwoods was the most influential experience of his career. The culinary giant pushed him to meet great expectations and to pay attention to details. Chef’s favorite pastime is growing his family's small Homestead, The Rohlfing Roost, with his wife and children. He is working on a new concept: Perennial, a seasonal American Grille with a conservatory theme and extensive landscaping marrying the outside with the indoor decor. He “cooks with the seasons,” and enjoys creating approachable dishes and unique guest experiences. He is excited to source products locally, believing that knowing where a product comes from multiplies the respect culinary staff has for their craft.

Michael S. Glaser is a Professor Emeritus at St. Mary’s College of Maryland and was Poet Laureate of Maryland from 2004-2009. The recipient of the Homer Dodge Endowed Award for Excellence in Teaching, and the Columbia Merit Award for service to poetry, he served as a Maryland State Arts Council poet-in-the-schools for over 25 years and has been widely sought as a speaker and workshop leader. In 2006, Glaser received The Andrew White Medal from Loyal College for “lasting contributions to Maryland’s life and rich literary tradition.” He recently completed two terms as a member of the Board of Directors of Maryland Humanities and service as a board member of the Kirkridge Retreat and Study Center. He has edited four anthologies and published over 500 individual poems as well as eight collections of his poetry. He also co-edited The Collected Poems of Lucille Clifton (BOA, 2012) Last December Glaser completed 50 years of service to St, Mary’s College of Maryland.

After earning her B.A. in international politics, economics, and business from Aoyama Gakuin University in Japan, Rie Moore worked for global corporations including Microsoft, Starbucks, and Nissan Motor in Tokyo as a marketing and communications professional. After a 10-year hiatus, she resumed piano lessons at age 25 while working full time in Tokyo. Her return to serious music studies started in 2010 when she began studying with Brian Ganz, a piano faculty at St. Mary’s College, which led to completing a degree in music through the college’s second bachelor’s degree program in 2019. In 2020, she received the Regional Independent Artist Award from Maryland State Arts Council for her program As if heard from within and was selected as one of the 48 competitors to perform at the Cliburn International Amateur Piano Competition in 2022. Her latest project Beyond Darkness, a prerecorded program sponsored by St. Mary’s County Arts Council, was made available online in March 2021.

Dr. Sybol Anderson is Director of Diversity in Research Programs at National Medical Fellowships, Inc., where she leads initiatives to promote equity in clinical research. A social and political philosopher specializing in liberal theory and the philosophy of race, she is committed to building inclusive communities. Anderson earned her Ph.D. at Johns Hopkins University. As Associate Professor of Philosophy at St. Mary’s College of Maryland, she founded and directed the DeSousa-Brent Scholars Program, an academic and leadership program for students from underrepresented groups. Alumni have earned graduate degrees from Oxford University, Columbia University, and other prestigious institutions. She served as Executive Director of Equity & Inclusive Diversity at the College of Southern Maryland and as Chief Diversity Officer at Loyola University New Orleans. She is a co-founder of The Spirit of Jazz & Democracy and The Spirit of Innovation & Freedom.

Teja Koduru is a sophomore at Thomas Jefferson High School for Science and Technology. He has experience in using AI to diagnose diseases in their early stages. His research paper, titled “Using Deep Learning in Lyme Disease Diagnosis'', was recently accepted to an international research conference. He is also the director of Avs Academy Center for Excellence, where he helps students with projects relating to machine learning. In his free time, he likes to volunteer and has received the Presidential Service Award several times for his efforts. He looks forward to exploring the possible uses of AI in healthcare. 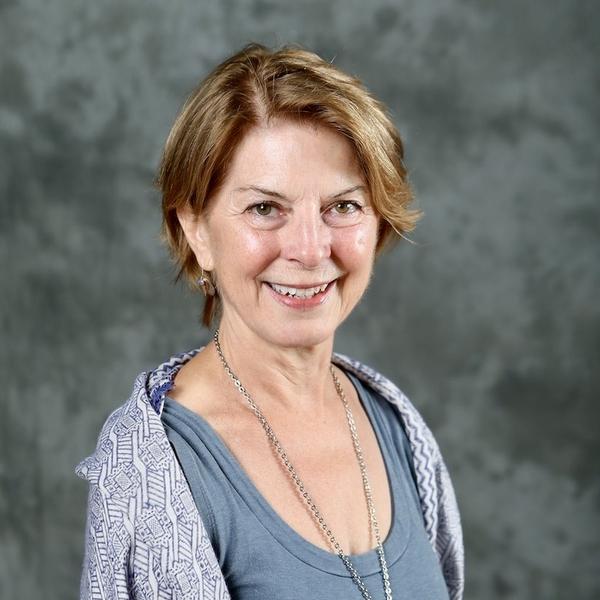 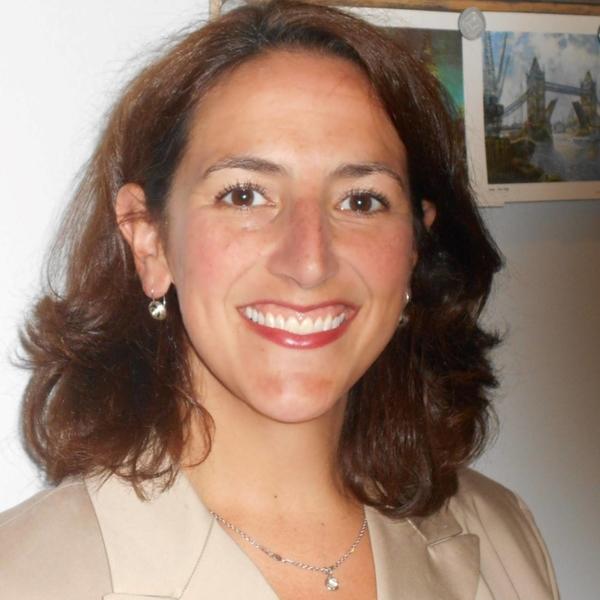