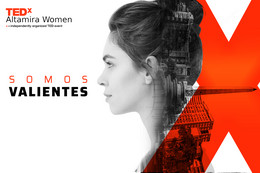 In this first edition, TEDx Altamira Women celebrates courage as an attribute of the human being to face different social, cultural, individual or economic circumstances.

She was born in Caracas (Venezuela) in 1981. A lawyer, photographer and writer, she has dedicated a good part of her professional work in both disciplines to delve into female iconography, with special emphasis on the woman who creates and the feminine divinity. Female activist, member of the Orange network in Venezuela and Feminism INC. In 2016 he published his first book "Bruja Urbana" (fiction) with the publishing house FB Libros de Caracas and in 2019 the second, "Ophelia Ignota" with the publishing house Taller Blanco Ediciones. She is also a writer for media such as Vanidades México (printed version), Canino Mag (Spain), Huffpost (Spain), MoonMagazine (Spain), El Estímulo (Venezuela), Notes Sin Pauta (Mexico), The Beisman (USA) and El Nacional (Venezuela) in which he develops and analyzes the role of women in society in our time. She currently works as a teacher of Self-Portrait, Film photography and the history of photography in Venezuela at the photography school @EfaContigo.

She was born on the day of love, that's why he believes in love as the answer to everything. Yoga and meditation have helped her live in the present and learn to have various points of view. He loves nature and outdoor sports. This led her to found Violeta 360 to connect people and help them recognize what she calls the most beautiful place in the world: the here and now.

She was born in Caracas. Before doing journalism, after graduating from college, she traveled to New York to study a winter theater course at Stella Adler Studio. In the Big Apple, too, she took many dance classes. Specifically, flamenco. Her two passions are journalism and that Andalusian art, so she went to Madrid in 2011 to take classes at the Amor de Dios Center for Flamenco Art and Spanish Dance. During that period, he also did a master's degree in "Contemporary Culture: Literature, Artistic Institutions and Cultural Communication" at the José Ortega y Gasset University Research Institute. He returned to Venezuela in 2013 because he missed family, friends, arepas, Ávila, the sound of the macaws at sunset and the beaches. Then, she worked as a reporter for the local newspaper El Nacional and later covered politics in the digital medium El Estímulo. She is currently a journalist at El Estímulo and is an editor at the digital newspaper The Objective in Madrid.

Graduated in Social Communication with a mention in Advertising Communications from the Andrés Bello Catholic University in Venezuela. He has taken courses in design, social and positive psychology. He has worked as a specialist in strategic management of social networks for brands in Venezuela, Panama and the United States. In 2013, she started her first venture as a co-founder of the digital agency Lychee Media. He currently resides in Miami. Co-author of the book “Venezuelans who dreamed of changing the world (and they did)”. Hannah, Rebecca and Adam's mom.

General Manager of Diageo Venezuela with more than 25 years of solid experience in Finance and Business Development within Fortune 500 companies with proven capabilities to recruit and develop people and lead large cross-functional teams in complex organizations that cross categories and global brands. Before joining Diageo, he held a variety of executive and management positions such as General Manager, Director of Finance and Business Development at Kellogg Company Venezuela, Abbott Laboratories and Kraft Foods optimizing the business model and profitability both locally and internationally with results in the execution of local P&L management, cost control and development of an effective business strategy that achieved sustainable sales growth and aligned local business needs with global brand strategies.

Country Manager of Mastercard Venezuela, Suriname and Guyana. He has a long history in the financial area and more than 20 years of experience, half of which has been dedicated to general management positions in Venezuela and abroad. Graduated from UNIMET in Administration and with an MBA from Goldey Beacom College in Willmington, Delaware.

President of the Venezuelan Society of Infectology

More than 15 years of experience. Special focus on the comprehensive approach to pediatric patients with HIV infection and vaccinology. Consultant physician in infectious diseases, infection control. More than a decade in the teaching activity in pediatric infectology in postgraduate studies with the longest trajectory and recognition in Venezuela. Extensive work in the area of vaccinology, in the development of education projects, strategies in the implementation of vaccination programs for the private sector and consultancy in the public sector.

Venezuelan born in Ciudad Bolívar, raised in Puerto La Cruz and raised in Zaraza Edo. Guarico. Student of Geophysics Engineering of the USB. He began his training in the Orquesta Típica de Lechería, and later joined the Anzoátegui nucleus of the System of Orchestras. Although he started with the cuatro, he soon discovered that his calling lay in the percussion, especially the maracas, an instrument that he considers "contains incredible potential and complexity." He has participated in stages with artists such as, Ensamble Gurrufío, Miguel Siso, Caramelos de Cianuro, Gaelica, Elisa Vegas and the GMA Orchestra, Alfredo Naranjo, Mcklopedia, Jhoa Beat, Liana Malva, among others. With his project "Song3" he seeks, together with his colleagues, to demonstrate the versatility of Venezuelan music with the most trending musical genres in the world.

She is the first Venezuelan woman to climb a mountain of more than 8,000 meters: Cho Oyu (border between Nepal and China), 8,201 meters. He has participated in the main Venezuelan expeditions to the Andes, the Alps and the Himalayas. He has made ascents in the main mountains of Ecuador, Argentina, Peru and Bolivia. He was part of the first Venezuelan expedition to rappel down the wall of Angel Falls. She has made continuous climbs to the main mountains of the Sierra Nevada and the Venezuelan Andes.

Communicator with a specialty in Journalism

Communicator with a specialty in Journalism, Advertising and Public Relations from the European University of Madrid. He has completed postgraduate studies in International Politics at the Complutense University of Madrid. She has worked as a journalist and producer in media such as: Cadena SER, Diario ABC (Spain); Tal Cual and Magical Frequency Newspaper (Venezuela). He has also worked in the area of projects and communication for Foundations such as Special Olympics (Venezuela), Xaley Foundation (Senegal), Best Buddies (Spain) and Eduardo León Jimenes Foundation (Dominican Republic). She is currently the director of the communication and public relations agency Mass and works as a consultant in strategic communication for the United Nations Population Fund. Co-author of the book “Venezuelans who dreamed of changing the world (and they did)”. Gala and Allegra's mom 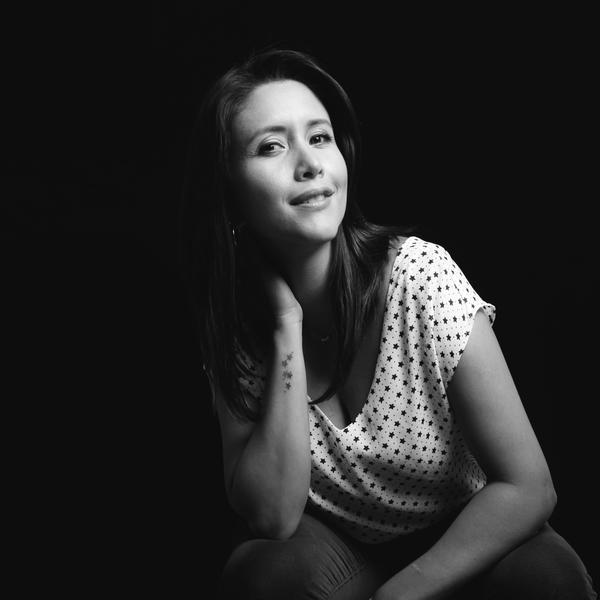 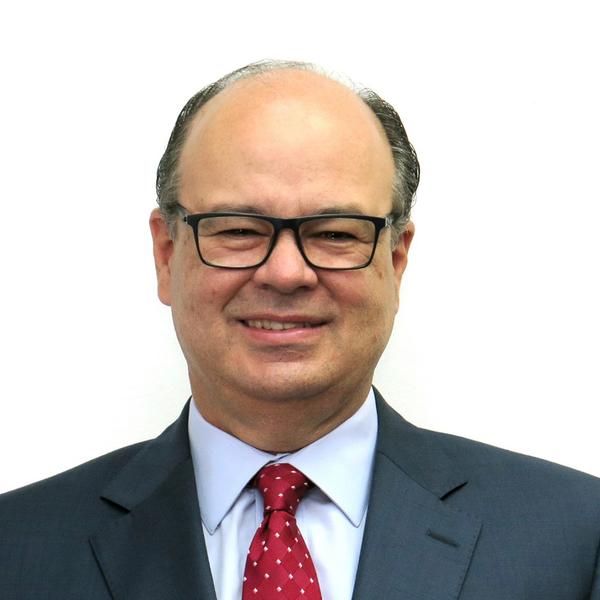