Our event, which is designed to spark deep discussions and connections and inspire action, will include dynamic speakers associate with Marshall University and the Huntington, WV community. Our goal is to bring together bright minds to give talks that span a wide range of subjects, to foster learning, inspiration, and wonder – and provoke conversations that matter.

The theme for this year's TEDxMarshallU event is "RISING" to commemorate the 50th anniversary of the Marshall University community beginning to rise from the ashes of the November 14, 1970 plane crash that took the lives of 75 passengers including Marshall University football players, coaching staff, fans, and flight crew members.

In November, Marshall University commemorated the 50th anniversary of the plane crash in a solemn, somber, and beautiful fountain ceremony. Although we understand the significance of that tragedy in our history, our event, purposefully planned for the spring, is meant to recognize and honor the families of the 75, the Young Thundering Herd, and others whose resilience helped us to heal and inspire continued resilience over the last 50 years. No members of our current team had even been born when the crash happened, but as each of us came into this community, whether through birth or moving here, their story became part of our story. The power of our community rising from the ashes of this tragedy can provide insights into how individuals can be more resilient through their own adversities and how they can rely on others through the journey.

Our inspirational speakers (including educators, health care professionals, entrepreneurs, former Thundering Herd coaches, and world-touring Cirque style entertainers) will highlight ideas and initiatives that are helping our community continue to rise in education, economic development, and mental health, and persevere through adversity.

TEDxMarshallU will be broadcast virtually on Friday April 2, 2021, at 7 o'clock pm from the Don Morris Room in the Memorial Student Center at Marshall University. Although registration is required to receive the livestream link, attendance is free of charge.

Co-Founder and Board President of We Matter Too, Inc.

Ashley Perkins, Pharm.D., is a mental health advocate with a background as a pharmacist and educator. She graduated from Butler University’s College of Pharmacy and Health Sciences in 2008 and is currently in the Ed.D. program at Marshall University with a focus on curriculum and instruction. At the beginning of 2020, she started the process of forming a non-profit organization which focuses on helping those with mental health issues and mental diseases through first-person narratives of experience. We Matter Too, Inc. is an organization with the idea that those experiences can be the best support for others who are struggling with their own mental health and are seeking information. By removing the biggest barrier of seeking help or treatment, stigma or fear of judgement, we can possibly help more people find help or seek treatment, if they so desire.

Founder and CEO of Coalfield Development

Brandon Dennison, a lifelong West Virginian, is founder and CEO of Coalfield Development. Coalfield Development has helped start over 50 new social enterprises and trained over 1,200 people facing barriers to employment. Brandon holds his Master of Public Affairs from Indiana University. He and his wife Ashley have two young sons.

Lieutenant Chad Napier retired from the Charleston Police Department in October of 2015 with 20 years of service. The vast majority of his career has been spent with the Metro Drug Unit conducting or supervising drug investigations. He is currently employed by Appalachia HIDTA which has a mission to enhance and coordinate drug enforcement efforts of local, state and federal law enforcement agencies within areas designated as High Intensity Drug Trafficking Areas by pursuing the disruption/dismantlement of Drug Trafficking Organizations, particularly as it relates to the specific drug threat of the Appalachian region. Over the past five years, Napier has spent the majority of his time presenting drug awareness and prevention presentations throughout West Virginia. Currently, he is the Acting WV State Coordinator for Appalachia HIDTA.

Tyce and Mary Nielsen (Duo Transcend) are world-touring Cirque style entertainers and motivational speakers. Thrilling audiences young and old as they performing high above them on the Aerial Trapeze or with their spectacular Spherical Skating. They've performed their breath-taking act across the world, headlined the sell-out show CELESTIA in Las Vegas, and performed for Cirque Du Soleil, Ebay, Adobe, & the NBA. In 2018 Duo Transcend was a favored top 10 finalist on America’s Got Talent. In 2020, they were chosen as 1st runner up winners on America’s Got Talent, Champions with their stunning Aerial Trapeze performance. Their 5-year-old son, Jaxx is the light and passion of their life. They have found balance and gratification in life with these six things: God, Family, True Love, Hard Work, Dream Career, & Love for Their Country. Duo Transcend aims is to inspire others to live an adventurous and fulfilled life and encourage all to pursue their passions and dreams.

Jack Lengyel is a former football coach, lacrosse coach, and college athletics administrator. He served as the head football coach at the College of Wooster from 1966 to 1970 and at Marshall University from 1971 until 1974. At Marshall, he took over the Thundering Herd football program after the Southern Airways Flight 932 plane crash that killed nearly the entire team in 1970. Lengyel was the athletic director at California State University, Fresno from 1983 to 1986, at the University of Missouri from 1986 to 1988, and at the United States Naval Academy from 1988 to 2001. He served as the interim athletic director at Temple University in 2002, at Eastern Kentucky University from 2002 to 2003, and at the University of Colorado Boulder from 2004 to 2005. He currently resides in Annapolis, MD.

Dr. Kathy D’Antoni recently retired from the West Virginia Department of Education. During her tenure, she served as the Associate State Superintendent of Schools and an Assistant State Superintendent, and served on the Governor’s Workforce Council, Council for Community College System, Governor’s Council on Substance Abuse, Prevention and Treatment, and Southern Regional Education Board committees. She is also former Vice Chancellor of the West Virginia Council for Community and Technical College Education. Dr. D’Antoni has worked extensively with curriculum alignment, curriculum development, workforce development, and economic development projects including the national and international award-winning innovative Simulated Workplace initiative, which was selected in 2020 as a top education innovation initiative by Finland’s HundrED.org She has authored articles and books on effective transition practices from public schools to higher education and education‘s role in the economy.

President and Co-Founder of Core10

Lee Farabaugh is a senior technology design, operations and business development expert with two decades of experience in financial technology (fintech) and health care IT. In 2016, she co-founded Core10, an innovative software development company with locations in Huntington, W.Va., Morgantown, W.Va., Martin, Tenn., and Nashville, Tenn., pioneering the Hereshore® model for US-based technology outsourcing. She currently serves as President of Core10, and has functioned in a number of roles, moving Core10 from scrappy startup to nationally recognized services firm, including operations, sales, and community development. Prior to Core10, Lee co-founded the Nashville health care software development firm PointClear Solutions, where she served as chief experience officer, chief innovation officer and executive vice president of professional services.

Red Dawson, a Valdosta, GA native, was a standout offensive and defensive end at both Valdosta High School at Florida State University. He was inducted into FSU’s Hall of Fame in 1993. He was selected in the NFL and AFL drafts and became a member of professional teams in the AFL (Boston Patriots), the Canadian Football League, and the Continental Football League. In 1968, Red became an assistant coach at Marshall University. On the rainy night of November, 14 1970, following the MU versus ECU game, the football team, coaches, family members, and supporters, as well as the flight crew, perished in a tragic plane crash at Tri State Airport in Huntington, WV. Red and another assistant coach drove home to recruit a potential player in Virginia. The loss of his team members, colleagues, and friends has remained for 50 years, and their memories have left an indelible mark on his heart forever.

Suzanne Strait, PhD, is the Associate Director of the Division of Science and Research at the WV Higher Ed. Policy Commission. She is also in her 27th year of teaching human anatomy to up and coming health professionals in her position as Professor of Biological Sciences at Marshall University. Dr. Strait is very passionate about sharing her love for science and the importance of diversity and inclusion in all the STEM fields. As such, she is the founding Director of the STEM outreach organization West Virginia Science Adventures. Her most recent title is “Commander and Chief” of the West Virginia Mask Army. Early in the pandemic when our health care workers did not have access to adequate personal protective gear, she responded with lightning speed organizing, recruiting, and supplying a team of over 400 helpers and sewists. They were able to get masks out into the community as early as mid-March and went on to produce and distributed over 45k hand sewn masks throughout West Virginia. 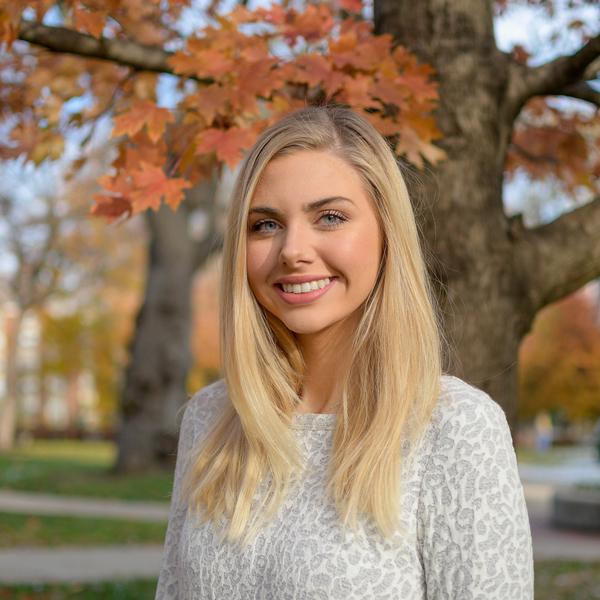