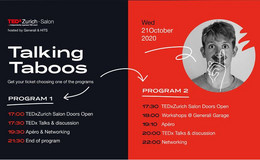 ----- In light of the current COVID-19 increase in infection rates in Zurich, it is with a very heavy heart that we inform you that the TEDxZurich Salon: Talking Taboos 2020 is postponed until further notice -----

It's time to break down our barriers and discuss some of society's most taboo subjects. Money or sexuality, religion or mental health, what topics are still taboo in our modern world?
Join our upcoming TEDxZurichSalon Talking Taboos on Oct 21. The event will be a series of speeches followed by a discussion. Tickets will go on sale on Sept 25th and registration is required for entry. We look forward to seeing you there!
Aside from the main speeches with the theme “Talking Taboos”, there will be Workshops organized by HITS in the Generali Garage.
Salons are intended for smaller groups, which spark more productive discussions. The event will be hosted in two groups. The number of participants depends on the protective measures, which we must comply with official BAG requirements.

Alexandra is a postdoctoral research associate and lecturer at the University of Lucerne and a project leader of a Swiss National Science Foundation researching the effects of pay transparency, compensation, equal pay, trust and insecurity.

Barbara Miller was born in Zurich, studied philosophy, psychology, cinema-science and graduated in law. Working on the Oscar-nominated documentary WAR PHOTOGRAPHER, she directed since 2001 over twenty acclaimed documentaries for Swiss National Television, ranging from the ANTI-GLOBALIZATION-MOVEMENT to DOMESTIC VIOLENCE and THE CLITORIS. Focusing in justice, human rights, equality and sexuality. Her award-winnings feature-length documentaries FORBIDDEN VOICES and #FEMALE PLEASURE were featured at over 150 festivals worldwide.

Odette Hella’Grand was born in Basel and spent most of her years on different stages all across Switzerland and Europe as a performer at weddings, birthdays, and even funerals. She started her career working for the Aids Foundation giving out free condoms to men in need and an open ear for any advice on sexual health. Nowadays, Odette is a producer and hostess to bring joy and entertainment to all kinds of events.

Silvan Luley is a team member of “Dignitas – To live with dignity – To die with dignity” in Switzerland, working internationally in guidance, advise and education on suicide attempt prevention, safeguarding quality of life and end-of-life choices, as well as legal further development to implement human rights relating to these issues.

Thomas grew up in rural Switzerland and always loved to explore new territory. He therefore got trained as a psychiatrist in the U.S., worked as such in Alaska and loves to spend time in the rub-al-khali desert in southern Oman and teach people mindfulness there. As medical director of an alpine region and chair of Pro Mente Sana, the national charity for mental health in Switzerland, he strives to improve acceptance and inclusion of people with a mental health issue. He especially focuses on roadblocks in this process. 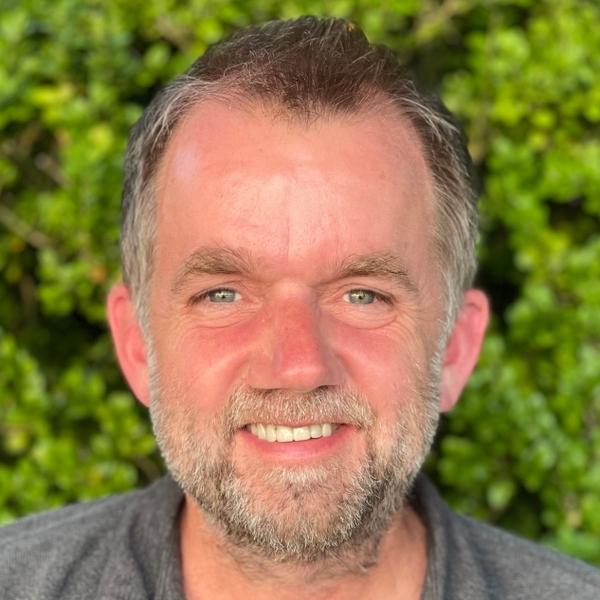 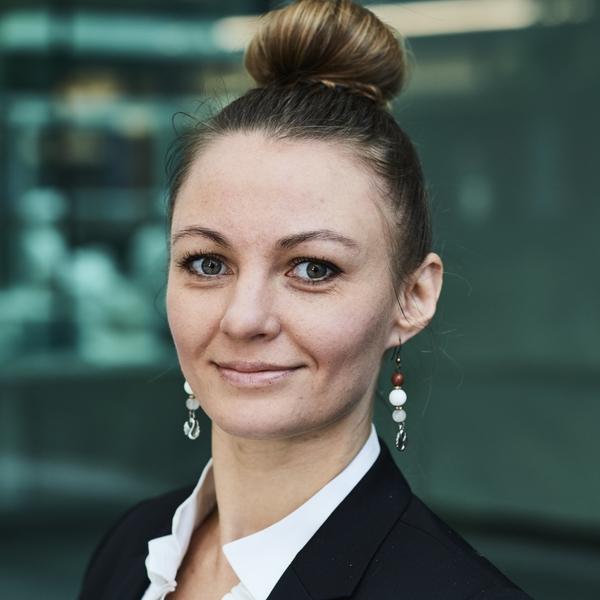