We want a future where one's zip code should not determine their lifespan, one’s gender or gender identity does not limit professional growth, where the color of one's skin does not determine how they are treated and where access to opportunities is open to ALL.

Desiré Cardoza began her career as a drag queen in the western area of Puerto Rico in 1997, under the guidance of different divas. In 1999, Desiré became the first “Queen Plus” at the Faces Nightclub in Hormigueros, Puerto Rico. From that moment on, she began performing at different stages throughout the island. In 2003, she was selected to lead the Western Divas after only 2 years as a member. It has been 20 years since its founding, many transvestites have been part of this legendary group, including fellow transformist as members of the Cardoza house. Desiré has had the opportunity to work on television, theater, and has performed in Florida, Atlantic City, Dominican Republic, New York City, and more. She is a proud member of her church, her amazing family, and her community. She also serves as a counselor for student organizations of the LGBTTQ + SPECTRUM community in the University of Puerto Rico Mayagüez Campus.

Hyo-jin Ahn was born in 1975 in South Korea. He majored in computer science and worked as a director of media art and VR content development. He established Tekton Space in April 2016 with the slogan of "Giving good influence to the world with technology". So far, Tekton Space was trying to create vocational rehabilitation contents for PWD (people with disable), unification education contents for the two Koreas, and contents for the 70th anniversary of the Korean War to give good influence with virtual reality technology.

José P. Duarte (Lic Arch UT Lisbon 1987, SMArchS 1993 and PhD MIT 2001) is the Stuckeman Chair in Design Innovation and director of the Stuckeman Center for Design Computing at Penn State, where he is Professor of Architecture and Landscape Architecture, and Affiliate Professor of Architectural Engineering and Engineering Design. Dr. Duarte was co-founder of the Penn State Additive Construction Laboratory (AddCon Lab) and his research interests are in the use of digital technology to design and make mass customized affordable housing. Recently, he co-edited (with Branko Kolarevic) the book "Mass Customization and Design Democracy" (Routledge, NY, 2019) and his team was awarded 2nd place in the finals of the "NASA 3D Printed Mars Habitat Challenge."

Kimberly Davis is a trailblazer and change agent, positively disrupting the financial industry and wide world of sports over her illustrious 30+ year career. Well-regarded as a resilient and visionary leader, Davis brings change to life through sound strategic planning and strong organizational development. She is an inspirational storyteller, an architect of coalitions and a culture builder, with a style that empowers others and a belief that successful business contributes to healthy, vibrant communities. Driven by both data and a passion for progress, she has consistently provided structure and glide paths for organizations to realize their potential for sustainable business growth. Currently, as Senior Executive Vice President of Social Impact, Growth Initiatives & Legislative Affairs at the National Hockey League – the premier professional ice hockey league in the world – Davis has set the League on a new course to attract, retain and develop fans, with a specific focus on multi-cultural audiences. Reporting to Commissioner Gary Bettman, she is positively influencing and impacting the decisions of 32 NHL Club owners and executives relating to culture, youth participation and social impact, in an effort to improve access and availability of the sport and grow the League’s business for the long-term. Previously, as Senior Managing Director, Teneo Consulting Worldwide, Davis led the firm’s leadership development and corporate responsibility practice, where she advised Fortune 500 companies, CEOs and cultural icons, including Billie Jean King. She advised the tennis legend on the creation of the Billie Jean King Leadership Initiative – a partnership with CEOs to advance gender diversity and pay equity. Prior to Teneo, Davis enjoyed more than two decades at JPMorgan Chase where she most recently served as Managing Director of Global Corporate Social Responsibility, President of the JPMorgan Chase Foundation and a member of the firm’s Executive Committee. Ms. Davis has been recognized by Hockey News’ “2020 Top 100 Most Influential Leaders in the sport,” Essence Magazine’s “Woke” - 2019 Change Agents, Adweek’s “30 Most Powerful Women in Sports,” Sports Business Journal’s “GameChangers,” and Savoy Magazine’s “Most Influential Women in Corporate America.” She has received other notable recognitions including Savoy Magazine’s “Top 100 Most Influential Blacks in Corporate America” and showcased in Fast Company’s “100 Most Creative People in Business.” In 2012, she was profiled with First Lady Michelle Obama in Essence magazine’s “28 Most Influential Black Women in America.”

Madeline Delp is the current Miss Asheville USA and is the first woman in a wheelchair to ever compete in Miss North Carolina USA and place in the Top 5. Her journey of going from being a shy and newly-paralyzed ten-year-old with a spinal cord injury to climbing Mt. Rushmore, BASE jumping, traveling the world and winning Ms. Wheelchair USA in 2017, shows the truth that we can all define our own potential. As a keynote speaker, she shares this message with anyone dealing with life “disabilities” across the USA.

My name is Matt Beranek and I am a 16 year old, living in the San Francisco Bay Area. I have always loved to draw, and in December of 2019, I got an iPad and transitioned from traditional to digital art. I started a TikTok page to display my art for fun. Now, with 1.8 million followers, my goal is to inspire my followers and young artists to follow their passions and not be afraid to put themselves out there.

Reggie Williams is a former NFL linebacker and College Football Hall of Famer who was instrumental in building a sports themed empire during his tenure as a Disney executive. During his fourteen years with the Cincinnati Bengals, Williams was honored as the Walter Payton NFL Man of the Year for his community service, and later served on the Cincinnati City Council while still playing including leading the team in tackles in Super Bowl XXIII. He also had stints as GM for the New York/New Jersey Knights of the World League of American Football and as an NFL executive who established the first NFL Youth Education Town. A native of Flint, Michigan, he attended Dartmouth College and is the author of the book Resilient By Nature.

Ryan Maliszewski joined Mozzeria, Inc. as its first Chief Executive Officer early last year and just opened Mozzeria’s second location in Washington, DC within the H Street Corridor in the middle of a global pandemic over Labor Day weekend. Previously, Ryan was the Director of the Gallaudet Innovation & Entrepreneurship Institute as well as an Executive Strategy and Technology Advisor for the Federal Bureau of Investigation (FBI). Upon graduating from the University of Arizona, Ryan began his career in DC working on Capitol Hill for a United States Senator as well as for the Chief Administrative Officer of the House for several years prior to joining Booz Allen Hamilton, a management and technology consulting firm largely responsible for managing billion dollar budgets and contracting services for U.S. Government clients. Ryan has long been a serial entrepreneur since 2002 and has been involved with the local community where he has provided strategic planning support to a number of non-profits and currently sits on DC Mayor Bowser’s Innovation & Technology Inclusion Council (ITIC) as well as the Economic Development & Entrepreneurship Committee.

Sara Sinclair is an oral historian of Cree-Ojibwa & German-Jewish ancestry. Sara teaches in the Oral History Masters Program at Columbia University. She is the editor of the oral history collection, How We Go Home: Voices from Indigenous North America. She has contributed to the Columbia Center for Oral History Research’s Covid-19 Oral History, Narrative and Memory Archive, Obama Presidency Oral History, and Robert Rauschenberg Oral History Project. With Peter Bearman and Mary Marshall Clark, Sinclair edited Robert Rauschenberg: An Oral History, published by Columbia University Press in spring 2019. Sara’s current and previous clients include the Whitney Museum of American Art, the Museum of the City of New York, and New York City Department of Environmental Protection.

SaulPaul is a GRAMMY Nominated Musician with a Message. He has also performed at the Kennedy Center for Performing Arts and been featured on America’s Got Talent. His life story of transitioning from tragedy to triumph has been told on screen via the documentary Tower to Tower as well as via his memoir Be The Change. Recognizing an inherent responsibility to give back, SaulPaul founded the SaulPaul Foundation. The SaulPaul Foundation is a launchpad for young people as well as a platform for community members to serve as community leaders through acts of kindness, volunteerism and philanthropy. Whether via art, entrepreneurship or community service, SaulPaul is committed to #BeTheChange.

Zane Robinson, father first and New York native, graduate of Virginia Commonwealth University began his Public Relations career in the office of the Mayor, 13 years ago and has since managed premiere programs under the Mayor's Administration in Richmond, Virginia overseeing the media strategy and marketing for several key aspects of many municipal departments. By building his own brand as CEO and Founder of Life's Interpretation LLC, a media production company, Zane has been called on to work with local organizations, small business, national and local artists and youth building their brand and marketing strategies. Robinson has been able to share his experience teaching film and photography to youth online for Nextup RVA and Chesterfield County Public Schoools and hosting meet and greets with national artists and filmmakers as a means to fuel passion for greatness and provide positive images for students to follow. His most widely known production includes the #watergunchallenge, going viral 6 times with over 70 Million views world wide and being featured on ESPN, Sportscenter and Good Morning America. 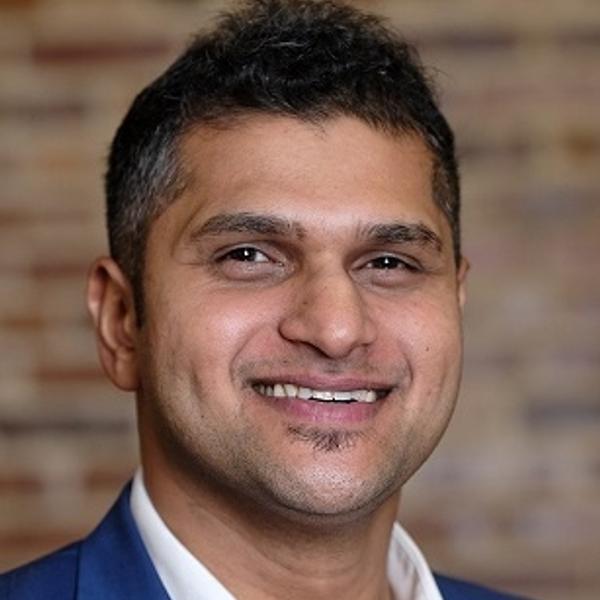