Adrienne considers it an honor to serve as a guide to women who are overcoming traumatic experiences to successfully achieve their most deeply held hopes and dreams. A history of traumatic experiences brought her to her knees. This ultimately led Adrienne to acknowledging her own inner strength, the power of trauma informed care, and to embark on the quest of creating communities and processes which guide women on the journey to thriving after trauma. A personal and professional understanding of success patterns and a database with hundreds of trauma informed resources helps Adrienne lead clients to achieving concrete and life changing results. Naturally divergent thinking patterns and formal investigative training result in solutions which are far from status quo, and which address the complexities of living life after complex traumas. A demonstrated lifelong learner, Adrienne is continually expanding and deepening her expertise.

Arzo Yusuf is the Executive Producer and Host and of The Sexy Boss Babe Podcast focused on relevant female centric topics that matter; like self esteem, overcoming adversity, body positivity, empowerment, motivation and success. She interviews notables and celebrities from time to time. The Sexy Boss Babe podcast is available on iTunes, Apple Podcast, Spotify, iHeart Radio and over 20 platforms with reach in over 15 countries. Season 3 just launched with an interview with Suze Orman that Suze’s long time fans tout as, “the best interview of Suze Orman I’ve ever heard.”

Founder of She Angels Foundation

As a producer, author, speaker and podcast host- Catherine’s focus is to to empower female entrepreneurs. She enjoys working on socially conscious projects that are impacting the world in a positive way. After a successful career as the top account executive in the country for a Miami based cable advertising firm, Catherine became a filmmaker and serial entrepreneur with a focus on making a difference. Currently she is working on launching a new original series for television called She Angels. It covers the exciting journeys of female entrepreneurs who win funding and mentorship at the She Angels Pitchfest. This is part of creating a global initiative to fund women around the world. In addition to this endeavor, Catherine recently co-founded the creation of the SHE ANGELS FOUNDATION to further the efforts in generating a fund to support female founded non profits that are helping women.

Patricia Wilson, a five-time Daytime Emmy nominee, is Executive Producer and Showrunner for Entertainment Studios; she coordinates its signature court shows and their 24-hour legal network – Justice Central, including America’s Court with Judge Ross, We the People with Gloria Allred, Justice For All with Cristina Perez, Supreme Justice with Judge Karen, Justice with Judge Mablean and The Verdict with Judge Hatchett. Patricia majored in Political Science at UCLA with an emphasis in American Politics and a minor in Urban Planning and U.S. Poverty . As an undergraduate, Patricia served as a reporter for UCLA’s radio station and covered stories ranging from South African Apartheid and the release of Nelson Mandela, abortion rights for women, and the civil disturbance in Los Angeles following the Rodney King vs. LAPD verdict. Patricia relocated to Washington, DC where she worked for a democratic lobbyist firm during President Clinton’s first term. This internship deepened Patricia’s investment in politics and compelled her back to Los Angeles to pursue a career in network news.

Reena Vokoun, Founder and CEO of Passion Fit, is an entrepreneur, writer, public speaker, content creator, media spokesperson and certified health and wellness expert through AFAA, ACE and IDEA Fitness. She graduated with a B.B.A. in Marketing and Management from the University of Wisconsin-Madison and an M.S. in Advertising and Communications from Boston University. She spent several years in corporate America working in marketing, sales and business development roles for companies such as Google, Yahoo, Reebok, CNET, GE and a start-up called Grokker. Today, she serves companies, nonprofits, universities, schools and the media through Passion Fit products, services and content focused on wellness education and training in the areas of fitness, nutrition, mindfulness, work-life balance, stress management, productivity and personal and professional development. She's featured regularly as a health contributor on the Fox KTVU news morning show and NBC California Live TV show, speaks to various organizations and companies, such as Juniper Networks, Microsoft, Google, Amazon, Intuit, Udemy and Ericsson, shares her perspective on podcast interviews, such as the Pausecast and Profitable Happiness, writes a monthly health column for the Los Altos Town Crier and also writes for Thrive Global, Shape and Working Mother, in addition to her own Passion Fit blog. She's also in the process of writing and publishing her first non-fiction book, which will be coming out in the first half of 2021. 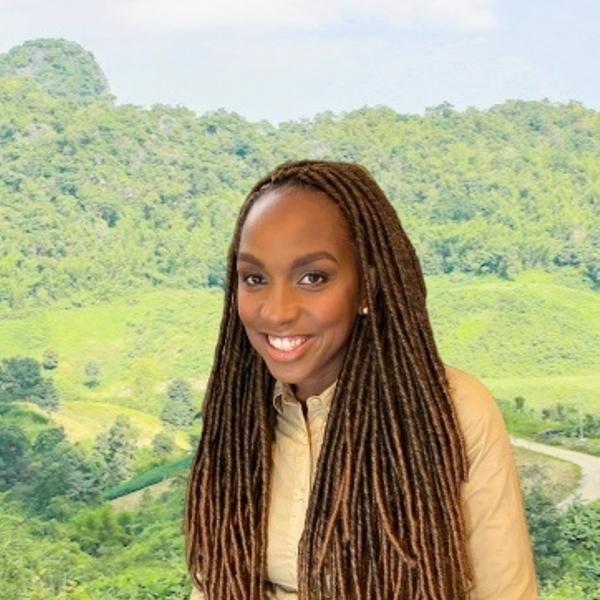