Anna Pettigrew is a very local voice! Right here in Cumbernauld. Retired, widowed since 2013 after 50 years of marriage, mother to 5 sons, grandmother to 11 grandchildren and great grandmother to two grandsons with a third one on the way! Anna needed a way to connect while completely isolated during lockdown so she turned to her lifelong joy: singing. She appears live every single night, on Facebook, bringing cheer to anyone who listens!

Clann An Drumma are a tribal band from Glasgow, Scotland with their highland bagpipes mixed with a twist of tribal drumming to get the blood stirrin'. With the effects of 2020 knocking out their usual performance schedule, they have been working on their indie-folk side-project, Sons of Alba, as well as the next Clann An Drumma album. Along with a few other goals behind the scenes, they're looking forward to an exciting 2021 of new music, videos and in particular New York Tartan Day Parade in New York City, April 2021!

Elisa has worked across six continents as journalist and cinematographer, producing work for outlets such as National Geographic, Newsweek and BBC World. Her traveling art exhibition and book, The Spiral of Containment: Rape's Aftermath, detail her experience as a rape survivor healing trauma through powerful visuals, alongside 24 fellow survivors' stories.

Jojo is an award winning author, coach, podcaster and motivational speaker. She is a regular speaker on BBC Radio, lover of trail running, wild swimming, and she loves to sing. Jojo writes about all things mindfulness, relationships, positive psychology and lifestyle. Her mission is simple – to normalise what many see as ‘the hard’ conversations and in breaking the stigma, save many lives.

After surviving domestic abuse and using her passion for dance to heal to the point she now performs burlesque as Temptress Valentine and fire breathes and backing dances with Fierce Dance Troupe, Kirsty wanted to share this feeling of empowerment. She now builds confidence in women through teaching Burlesque Chair Dance ®️ and School of SOS dance fitness classes. Her mission is to further use these skills to help prevent young women from suffering abuse using the medium of dance within education to build self esteem and self worth.

Lori is a performance artist who specialises in live art comedy and instillation theatre. A graduate from RSAMD where she learned new avenues and pathways to platform performance in a varied art form, she is passionate about drama therapy and has coped with life through dramatic self openness of releasing pain through live performance.

Scottish-Nigerian Moyo Akandé grew up in Glasgow, Scotland, before heading to London to specialize in her love of acting. She now has an extensive list of film and television credits in particular for the BBC and has worked consistently in theatres across Britain with Oliver and Tony award-winning directors. Her passion for film and diverse storytelling led her to co-found an independent production company, Lucid Dreamers Productions with her sister, where they continue to produce international content from a fresh perspective.

Paula is a fierce transformational coach who created the revolutionary Empowered Woman Archetype System™, a road map that reconnects women back home to their feminine power in every area of their lives. Originally from Argentina, she guides women to dance the tango of life, teaching them to become confident, empowered and authentically themselves and to give and receive from a place of joy, love, and abundance. She's also passionate about guiding ambitious women to connect with their true passion and purpose and to apply feminine leadership principles in their business so they can thrive and create long-lasting success.

Starting off in the corporate world of finance, Sharon decided to combine her love of kids literature and drama and set up Shakespeare’s kids. A children's filmmaker and script writer, Sharon has seen her happy troops through many trailblazing initiatives like being the only group allowed to film at Stirling Castle! More recently, the group was recompensed with a young Scot awards!

Susannah was born in Troon, Scotland. She has travelled many parts of the world formerly as a professional athlete and now professional actor. Susannah loves creating and draws from deep experiences from many challenges in her life. She's fearlessly going to share on some hard hitting topics which aren't spoken about enough but affect many.

Sylvia has been transforming lives from the tender age of 13 when she ran a youth group for deprived teenagers in Glasgow. Throughout her varied career from theatre sister in open heart surgery to a speaker and masterclass facilitator, Sylvia has inspired 1,000s of people to recognise the unique value they bring to the workplace, and to lead with confidence and purpose increasing engagement, creativity and productivity.

VICKY ALLAN is an award-winning journalist and author. A staff writer for the Herald on Sunday, her work has also appeared in The Times, Daily Express, Vogue, GQ, Guardian and Scotland on Sunday. She has won awards for her travel-writing, features writing and for her articles campaigning against violence against women. Her novel Stray is currently being adapted as a feature film. She has always loved the outdoors and wild places. 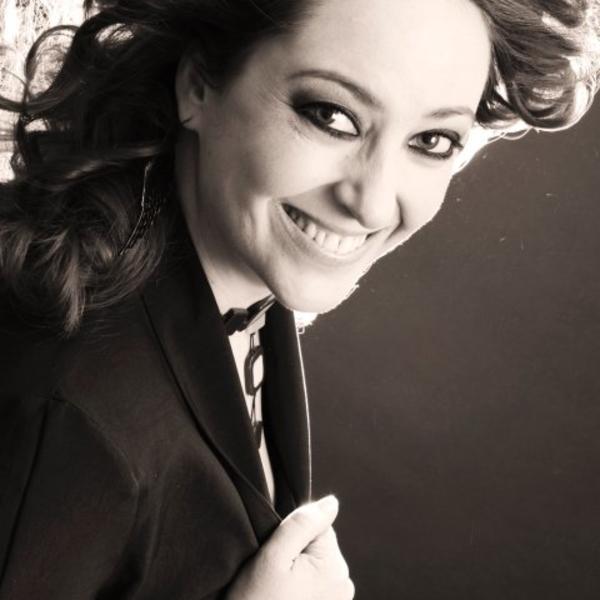