This is an uncertain time. And yet, amid the physical, cultural and economic challenges affronting us at every level — from personal to global — now is the time to engage. TEDWomen 2020 will call upon our collective fearlessness to create a global step forward together.

In this moment, diversity of ideas is more important than ever. In collaboration with an incredible group of TEDx organizers, we'll celebrate and amplify the most interesting, dynamic, multi-dimensional ideas from TEDWomen 2020 Conference and our local community.

Join us as we explore ideas worth spreading!

Hilary Franz has a long and esteemed history of leadership and advocacy. She was sworn in as Washington’s 14th Commissioner of Public Lands in January 2017, only the second woman to serve since statehood in 1889. Prior to being elected, Commissioner Franz was executive director of Futurewise, an organization committed to implementing smart, sustainable land use and transportation policies. She served four years on the Bainbridge Island City Council, where she developed nationally-recognized energy and environmental policies and programs. In addition, Hilary has served on numerous state and regional boards and commissions, working to strengthen and protect both the environment and local economies. She holds a bachelor’s degree from Smith College and a juris doctor from Northeastern University Law School.

A four-time Emmy Award-winning writer for Bill Nye the Science Guy, Lynn Brunelle has over 25 years’ experience writing for people of all ages, across all manner of media. Previously a classroom science, English, and art teacher for K-12, an editor, illustrator, and award-winning author of over 45 titles (including Pop Bottle Science, Camp Out!, World Almanac Puzzler Decks, and Mama’s Little Book of Tricks), Brunelle has created, developed, and written projects for Chronicle, Workman, National Geographic, Scholastic, Random House, Penguin, A&E, The Discovery Channel, Disney, ABC TV, NBC, NPR, The Annenberg Foundation, World Almanac, Cranium, and PBS. A regular contributor to NBC’s New Day Northwest as a family science guru, Martha Stewart Radio as a family activity consultant and a contributor to NPR’s Science Friday, she is the creator of the Mama Gone Geek blog and Tabletop Science—videos that make science fun and accessible. See URL for extended bio.

Patti Brown was in the software technology and cybersecurity industries for over twenty years. Her passion for helping people solve complex problems led her to the health and wellness space, where she has now built a practice focused on holistic wellness including integrative nutrition and yoga. An artist for most of her life, Patti is the owner of Liquid Cells Art, founded in 2018 to create unique pieces that invoke different perspectives and emotions from each person who experiences them. Her inspiration is amplified by these connections, and her passion for women who live their fullest potential is reflected in all she does.

Talina Wood, Executive Director of Teen Talking Circles (TTC), was fourteen years old in 1993 when she joined the original Bainbridge Island Girl’s Talking Circle focus group, which met each week after school for 2 1/2 hours for 2 years. The circle, which lasted two years, provided the material for the book Daughters of the Moon, Sisters of the Sun: Young Women and Mentors on the Transition to Womanhood, which sold over 50,000 copies. Talina’s story is one of the first in the book. Over the past twenty years, Talina has participated with TTC as President of our board of directors, managing director, circle participant, ambassador, and speaker. Talina is an avid hiker, naturalist, art appreciator, musician, and an all around badass! In addition, she is on the board of directors of Bike Works, a non-profit which promotes the bicycle as a vehicle for change to empower youth and build resilient communities. Visit URL for full bio. 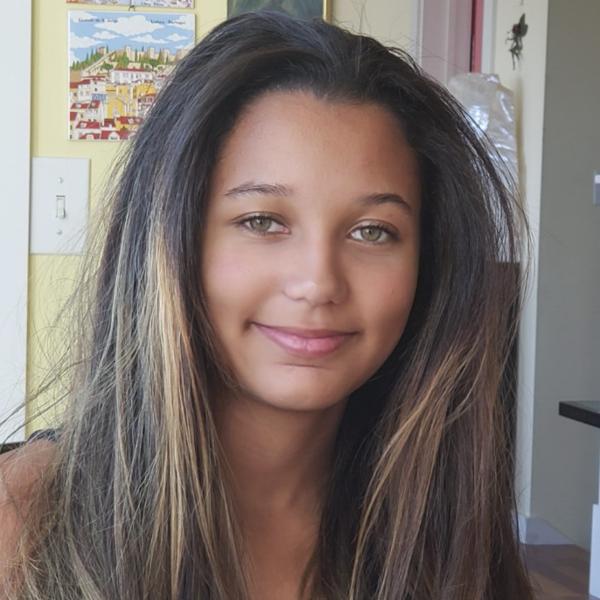