Ali is also an aspiring leader and is the Head Boy of the primary section. While avid reading, he also enjoys traveling around the world. Today he is here to talk about what resilience means to him.

Anwitha is a 15-year-old, who has been a passionate dancer for nearly 12 years, and learned over 6 different dance forms, and performed on many stages since, while still managing to have intense stage fear. She enjoys clicking pictures of just about everything, from tiny flowers to the evening sky. She is intrigued by numbers, and as she says, can speak more to an equation than another person. Here on her resilient attempt to overcome her fear by trying a hand at TEDx.

George is a prominent law maker for India, Mr. George Pothan Poothicote. He perused his LL.M in International Law from King’s College, London and on completion, he returned to India to resume his career as an advocate and was later on appointed as the Legal Consultant to the Ministry of External Affairs, for the Government of India; where he handles and advises on numerous diverse international law and treaty matters, including on new legislation and amendments to legislation. He has been part of various delegations representing India and has been actively involved in treaty negotiations, treaty disputes/arbitrations and has been called on as an expert on various committees and panels including the Law Commission of India. He is actively involved in assisting the Government of India in its investment treaty negotiations and also in the investment treaty claims/disputes pending before international tribunals and the related court cases. Even recently advising a Sovereign State and its entity in an arbitration enforcement proceeding brought against it in the Supreme Court of India and was able to successfully defend the State. He is a frequent speaker on investment treaties and their disputes at Universities and Conferences. Apart from the work he does with the Government, he also has an active practice before the Supreme Court of India and various High Courts and tribunals.

Jensen is an ambitious student who dreams of becoming a doctor and enjoys reading and playing the violin. Jensen is a very responsible and courageous student, and always learn from my mistakes and take certain risks. Meeting new people, trying various new things, creating innovative methods, and introducing new ideas is certainly a passion of his. He believes that resilience is a key part of being human

Knyll is a speaker who tackles resilience with her own perspective and experiences. Having gone through many difficult situations, she is here to speak of the lessons she’s learned and what resilience means to her now. Sharing her own epiphanies today, we have Knyll Adelayne Ramas of Year 12.

Layla Firoz, of year 10. An avid reader and artist, with a fascination for history and world politics. But like many others, she was confronted with procrastination and a loss of motivation. However, a series of realizations, shifts in mindset, and relatable coping mechanisms redefined what resilience meant to her. Here today to share her perception of the isolation in 2020, and how it has effected human resilience

Leisa a 17-year-old who is avid about the world of business and aspiring to voice her thoughts to the public. With the world going through a pandemic, everything is in despair. The world needs every ounce of resilience it can get. Being here today, she hopes to bring about a spark to ignite the willpower and resilience in everyone, given the current situation of the world.

Manaal a young mind, who is an enthusiastic speaker, and an aspiring leader. While also being an avid sports enthusiast, while pursuing her passion for art, although she does admit that she is no Picasso. Her lifelong ambition has been to give back to the global community as a social worker and takes pride in taking part in several community activities. She is also nature-fanatic and loves to go travelling and exploring her vast and wonderful homeland of India. Coincidently, her speech today is based on her experiences while in India on a brief stay.

Miraj Hossain is the founder & CEO of BAE Innovations, DeliverBAE and founfing board member of BAE Engineering solutions. He is a innovative and a successful business man at this younger age.

Muhammed Saleel Kolakkodan of Year 11. He is a 16-year-old passionate reader, who likes to spend his free time writing about ideas and events that he loves to think about. Muhammed is also a sport enthusiast. Volunteering with non-profits like Operation Smile UAE is another thing he devotes his time to. He is also extremely interested in poverty and inequality as global issues. In this talk, Muhammed aims to touch on these as he uses historical events to prove that resilience is an innate quality of humans.

A twelve-year-old girl how lets her imaginations run wild. She likes to openly share her thoughts and creativity, right from dancing or speaking her heart out loud. She is someone who still learning and thinking, and dreams of inspiring other by her work one day.

Rayn Rejith of Year 6. He is the deputy Head boy of the lower primary. Rayn is a very social and enjoys make friends. He is an enthusiastic dancer and singer, and enjoys both sciences and arts alike. He is a very hardworking and resilient personality, and never gives up on challenges, regardless of its difficulty.

Shreya Jha, of year 9. A meritorious student and a student leader. Her interests in art, designing, music, academic and cultural activities have helped in winning various awards at the school and national level. Here today to talk about her believes that the key to success in our endeavors is reliance, how it helps with personal progress and development of the community.

Tanish is an aspiring engineer studying in Year 10 with a passion and fascination for robotics and programming. He is a highly enthusiastic, ambitious and dedicated personality, always striving for greater success and achievement in the future, while being a sports buff as well. Tedx gave him the most suitable platform to develop into a more confident individual, think and behave as a leader and a dreamer.

Tejas is a growing leader and was appointed as Head Boy during his junior schooling. Tejas was the school topper in the Gauss International math competition conducted by the university of Waterloo, Canada. Consistently has achieved awards during school competitions too. He has also been selected to present his concept (Nitrogen power plant) at the Dubai Expo Young Innovators 2021 along with his partner.

Trisha Biju Mathews of year 10. An unwavering perfectionist with her heart set on making a mark in the corporate world. She enjoys watching movies and has pet peeves like no other. Much like her father, she lives by the principle ‘all or nothing’. 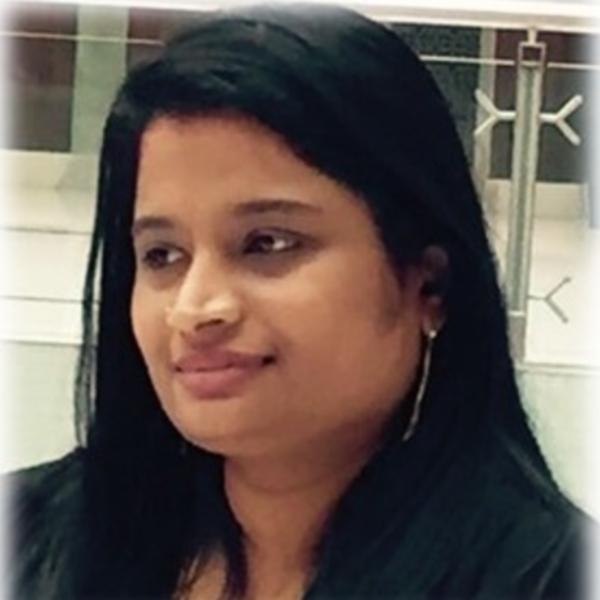