What makes great people great? Is it the stardust? Is it their luck? As fascinating as the creation of something majestic, the innovation becomes tenfold more charismatic when one realizes the struggles that went behind it. With adept skills, one can always figure out ways to cross the fences of limitations to create productions considered to be extraordinary.
Paucity can't always be fought with. Scarcity can't always be left to be dealt with time. But what we can do is develop ourselves and our minds to nurture our skills to survive limitations proudly. Thus, as is rightly said, storms make trees take much deeper roots.
With this, the team of TEDx GGSIPU 2020, brings forth ideas worth spreading of people who had nothing if not determination and willpower packed in their bags, yet they hustled hard tirelessly. Join us in the most talked-about event to meet the people who were not gifted, they worked hard and succeeded on purpose. They bounced higher when they hit the bottom.

Author Sherry is a renowned International Public Speaking Coach and entrepreneur working on his mission to create a million public speakers by 2030. Through his transformational coaching style, he has provided a speaking platform and trained more than 5000 public speakers who are now successfully working in various professional domains. He has obtained his expertise over years, making him the best in the business. Author Sherry has delivered more than 1000 workshops and training sessions during his speaking and training career and trained more than 35,000 professionals across the globe. Author Sherry has been on the TEDx and Josh Talks stage multiple times. He has written international best sellers and belongs to a family of 4 generations of authors. He has been awarded on various platforms and featured on international platforms like World Book of Records, BRAG‐USA, Hindustan Times, and recently filled for 'Limca Book of Records'.

Bhomick Sen is a Memory and Mindset coach, public speaking trainer, TEDx speaker, and Amazon's #1 Bestselling author. He is on a mission to empower students and has spent a decade enabling students to build up confidence through his exclusive public speaking training. His journey from being a young boy lacking confidence in himself to becoming a successful public speaker and bringing about change in other people's lives inspires many. His signature workshops have benefited students to overcome their phobias, which could be related to exams, society, or public speaking. He shapes the mindset to prepare students to be mentally tough. His book- 'Hidden secrets of a Super Learner' gives an understanding of using the unlimited power of the mind to learn faster and setting the mind for success and mental strength by making use of advanced strategies that are completely backed by science.

An actor, author, theater artist, and writer, Farhat Ali Khan was born and brought up in the Kingdom of Saudi Arabia and now, he's further completing his studies in India from Jamia Millia Islamia. His acting debut was in Doordarshan in 2015 for the serial, "Adhikar" and is a theatre actor. He has performed 3 plays including one at Jamia Hamdard for Jashn-e-Adab. Just at the young age of 19, he has successfully published his debut poetry book, “COLORS” and his latest book - “Midnight Hues” is Amazon’s #1 Best Selling Poetry Book! Even while pursuing his graduation, he has actively participated in societies like Enactus and represented his college at the National level. Being a strongly opinionated person, he has always been at the forefront and worked with organizations like UMEED NGO to bring light to issues of the underprivileged.

Co-Founder of Goela of Finance

An expert in Economics, Fundamental Analysis, and Behavioural Economics, Harsh Goela has got over eight years of practical experience in stock markets. He understood that formal education could not fuel his passion completely, hence pursued did not complete his college.Being a TEDx talk speaker and a keynote speaker on the Josh Talk podium, where he emphasised on how emotions of greed and fear affected his judgement, he has helped educate almost 2 lakh people and students from 8 different countries. Harsh Goela has trained on behalf of Bombay Stock Exchange & National Stock Exchange. Harsh Goela believes strongly that our aim should be to build our own finances and our life and not our company’s.A Stock Market Investor, Broker, Author, YouTuber, TEDx Speaker, and the co-founder of the Goela School of Finance LLP (GSF LLP), Harsh Goela is a true inspiration.

Your current situation is giving you an opportunity to re-evaluate what you want. A rule that couldn’t be proved any better than Malini Parmar, who spent more than 20 years in Banking & IT and yet took the courageous step towards the sector of volunteering, activism, and then entrepreneurship to solve the problem of urban waste. Describing herself as an “accidental activist”, Malini speaks about her urge to solve the bigger problem and also create flexible employment for women. This led to the creation of Stonesoup.in - her start-up for responsible waste management and a few of her “waste” friends. Recipient of multiple awards, she has also been a part of SWMRT and Bangalore Eco Team and campaigns for segregation at source, composting, plastic ban, sustainable menstruation, and natural cleaners. She is a single adoptive mom and lives with her mother, 70 year old yoga teacher, and her daughters. Cleaner and Greener world creating sustainable livelihoods for all is what she dreams of.

The winner of the Schneider Go Green 2019 and the National Startup award 2020 in the energy sector, Naveen Suman is a budding entrepreneur and the co-founder of Aloe ECell Pvt. Ltd. Cherry on top, he also heads the Big Street Mart as the CEO. With their sharpness and genius, Naveen Suman along with Nimisha Varma came up with the idea of the Aloe batteries. What fueled the recognition of their innovation? Their topnotch confidence and brilliant thinking helped them stand their ground in the finals and succeed as global winners. What does it take to make the world a better and sustainable place to live in? Working on their inquisitiveness, they took aloe extracts, added a few herbal constituents used in beauty products and medicines to form their battery electrolyte, which they then named Green Batteries. Such young minds giving rise to these efficient ideas, push everyone to lend a selfless hand in saving our future. As the two young founders rightly say ‘It’s time to go green’.

She is a Dancer and choreographer. Being a beauty with brains, she is proficient in acting, modeling, and whatnot. To add to her charm, she carries a bag full of humor along with her all the time. Having started dancing at a young age, she began choreographing for the first time in her 8th grade and from then on, there was no looking back for her. Even after working at a good corporate job for a few months, she realized that working for a 9-5 job wasn’t her thing and then started her journey as a professional dancer and choreographer. For her, dancing is the most valuable thing but acting is her dream. Nidhi Kumar has been featured in many T.V. commercials and Television series. Having a Bachelors degree in Media, she believes that one must have a backup for everything. She started off her journey as a YouTuber in July 2013 and currently has been handling her own dance crew, NK Crew that she launched in April 2018.

A public speaker, an activist, diversity and inclusion trainer, and a filmmaker, Sonal Giani’s dons many hats. Joining The Humsafar Trust, an organization working for the rights of the LGBTIQA+ Community when she was starting out became Sonal’s way to accept her bisexuality fuelling her to fight for her rights vociferously. She is a diversity and inclusion champion, who advocates for LGBTQIA+ rights through various mediums and has been featured in numerous documentaries, films, and television shows, which include Zee TV’s prime-time television show ‘Connected Hum Tum’, the Bollywood film ‘W’ and the documentary ‘Purple Skies’. She has directed various documentaries, short film series, and fiction films. Having led and co-founded initiatives like Yaariyan, Umang, and QFamily, Sonal Giani remains one of the more well recognized front-line defenders of the Indian LGBTQIA+ community. 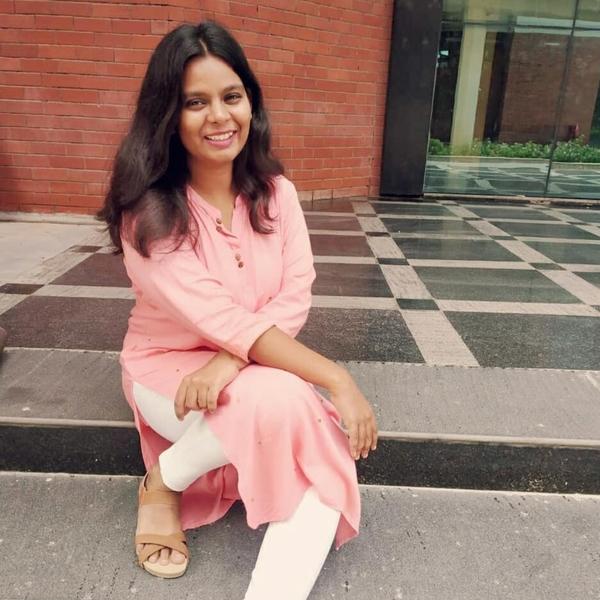