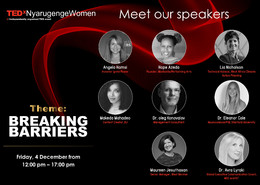 TEDx Nyarugenge Women will come at a critical timing when the world is grappling with covid19, climate change and other social upheavals such as the gender inequality, society injustices and systematic racism. TEDx is the right platform to organise and host speakers who shade light on some of the complex topics and issues and break them down for everyone to understand and drive positive change using the knowledge and inspiration acquired by listening to some of the exciting experts in field.

Dr. Lyraki is a Global Executive Communication Coach who works with C - Level Executives and high potential leaders to help them create positive permanent shifts in their leadership impact and the results they achieve. Her engagements consist of working one-to-one with senior executives worldwide and with senior teams to help them co-act better and increase their executive visibility and impact as a team. Dr. Lyraki also works with executive teams to help them communicate effectively with their internal and external stakeholders and take the right actions to move forward faster, capitalizing on their character strengths. Having worked for more than 25 years in the international services industry: Human Resources, Customer Intelligence and experience and MarCom, she has gathered extensive experience in Corporate Communication and Human Capital Development. Dr. Lyraki is a well experienced executive workshop leader in numerous topics specializing in the areas of Executive Coaching.

Dr. Eleanor Cole is a postdoctoral scholar at Stanford University and Director of the rTMS lab at the Wu Tsai Neuroscience Institute in California, USA. Dr. Cole completed her PhD in Cognitive Neuroscience and Neuroimaging at The University of York in the UK. Her research is focused on developing and optimizing novel transcranial magnetic stimulation (TMS) treatments for psychiatric conditions including depression. Alongside her research, Dr. Cole has run an award-winning campaign supporting the mental health of students, run peer support groups for adults with ASD and currently volunteers as a counsellor for a crisis helpline.

Oleg Konovalov is a globally-recognized thought leader, international speaker, and consultant to Fortune 500 companies. Oleg is on the Thinkers50 Radar, #1 Global Leading Coach (Marshall Goldsmith Thiners50), and has been recognized as #1 Global Thought Leader on Culture by Thinkers 360 in 2019. He is the author of game-changing books including The Vision Code which reveals the secrets of building and executing a strong vision within any organization, LEADEROLOGY which defines the beginning of the Renaissance period in modern management and leadership while helping leaders to reach a new level of success, Corporate Superpower which is named a bible of culture management for modern leaders, and Organisational Anatomy which discusses organizations and management from a biological perspective.

Michael Makembe is singer, songwriter and a music producer with TBK records and co-founder of Higa Arts Festival.

Angela Homsi is an international tech investor and sustainability expert, with experience spanning trading and capital markets, entrepreneurship in emerging markets, sustainable investing, impact finance, disruptive tech and innovation, and conflict resolution. She currently focuses on emerging economies, with a particular focus on Africa, the Middle-East and South-East Asia. She co-founded Ignite Solar and Angaza Capital to respectively deploy and invest in innovation that solves unmet needs at a large scale in emerging markets. She particularly focuses on where distributed technologies can leapfrog old models of infrastructure, such as in renewable energy, agritech, medical diagnostics, digital health, and inclusive finance sectors. She is also an investment committee member for Microvest, an investment fund with companies serving 5 million micro, small and medium-sized businesses in LDCs. She also worked in Development Finance in the Middle-East alongside Sir Ronald Cohen.

Hope Azeda is the founder and artistic director of Mashirika Performing Arts, a leading theatre company in Rwanda

She is also the curator of the Ubumuntu Arts Festival. Ms. Azeda’s work as a writer, performer, and teacher has taken her to many theatres and universities around the world, as well as G8 World Summit in 2005. Azeda also directed "Shadows of Memory" for the 20th genocide commemoration in2014 and Generation 25 in 2019. Alumni of Brown International Advanced Research Institute, she has also been an Artist-in-residence at the Institute for the Arts and Civic Dialogue in Cambridge, Massachusetts, as well as a member of the Lincoln Center Theater Directors Lab. Azeda is also a fellow of Africa Leadership Initiative (ALI-ASPEN-Institute). In addition to her theatre work, Azeda served as a casting director for the films "Sometimes in April", "Shake Hands with the Devil", "Beyond the gates", "White light", "Africa United" and "Our lady of the Nile". In 2018.

Lia Nicholson is optimistic that 8 billion people can comfortably live on this planet while keeping the Earth’s temperature stable and biological diversity intact. She advises and consults on environmental policy, project design, and implementation for Governments and companies to meet the sustainable development agenda. Currently based in Lagos with the non-profit group C40, Lia is supporting four West African cities to develop ambitious climate action plans that map out their pathway for climate resilience and net-zero emissions. Originally from Antigua and Barbuda, Lia graduated from Yale University with a Master’s in Environmental Management and earned a B.A. in International Environmental Policy from Scripps College in California. Lia was a 2017 Commonwealth Queen's Young Leader and received a 2014 Gruber Fellowship in Global Justice.

Ms. Makeda. Her first foray into the media world was in University and since then she has hosted and produced the popular radio show, The SWiTCH for 5 years; co-produced the groundbreaking breakfast show, Rise and Shine Rwanda; and holds the honour of being among the first female DJs in Rwanda. She has been covered by CNN International, Citizen TV Kenya, Daily Nation, Igihe, and the New Times for her independent storytelling efforts and in 2019 she featured as a judge on the inaugural season of the hit show, East Africa&#39;s Got Talent. She’s hosted dozens of high profile, televised events including Miss Rwanda, the World Travel Awards, Mo Ibrahim Concert, and Kwita Izina and has spent the past year and half anchoring and producing daily market shows and special features for CNBC Africa. With a passion for culture, travel, music and storytelling, Makeda is focused on contributing to a more positive, comprehensive and diverse narrative of the heart of Africa

Maureen Jesuthasan is a Senior Manager at West Monroe, a U.S. based management consulting firm that is focused on industry, technology, and business transformation.

Maureen Jesuthasan is a Senior Manager at West Monroe, a U.S. based management consulting firm that is focused on industry, technology, and business transformation. She is an experienced strategist and decision maker with a proven record of optimizing IT services while significantly reducing cost and increasing operational efficiency. As part of this process, she creates business specifications for enhancements through Business Relationship Management (BRM), Lean and Lean Six Sigma capabilities. She has a bachelor’s degree from Berry College and possesses advanced certifications in Business Relationship Management, Change Management, Lean, Lean Six Sigma and ITIL. She is one of two individuals who has earned Master of Business Relationship (MBRM) certification. Philanthropic and service-oriented, Maureen founded a scholarship program for citizens of Haiti wishing to pursue an occupational therapy degree. She serves as board president for the (Chicago) South Loop Campus Ministry. 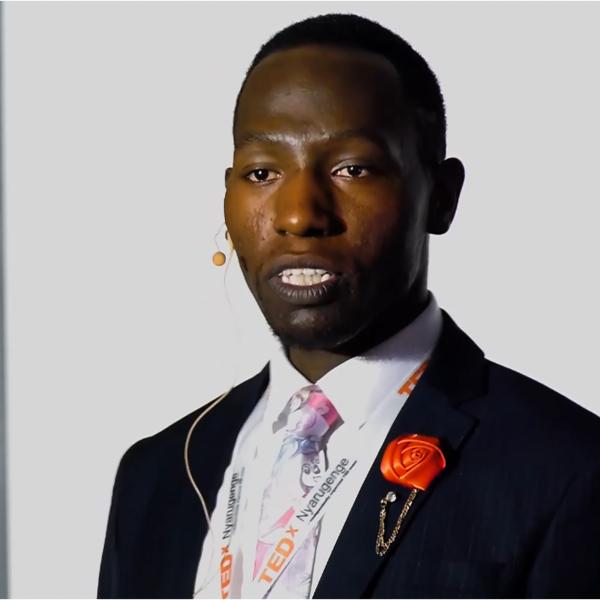 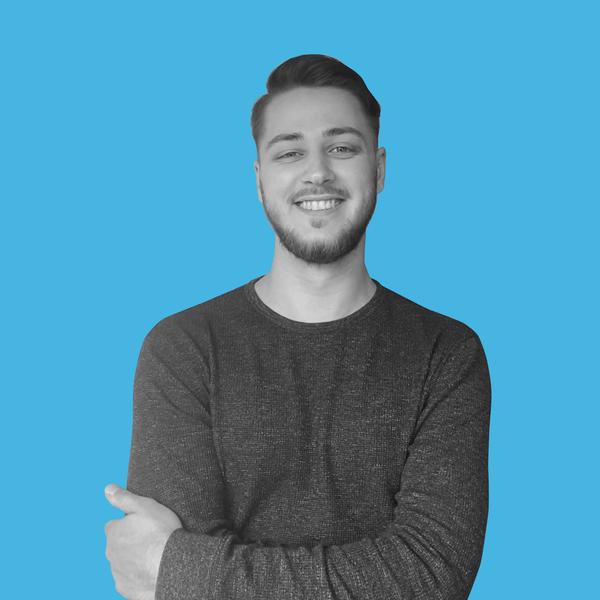