What lies ahead of us, is sometimes the biggest question we all face at some point in time in our lives. Looking around, We often feel that most people don’t want to look forward to the possibility of tomorrow. But many times, we often forget that tomorrow is indeed relevant - and very much needed to shape our future.
” What comes tomorrow?” will bring in a whole new set of ideas and thoughts.

Jeeveshu’s quick wit can be easily spotted in spontaneous one-liners & quirky jokes. His peculiar style of comedy is most inspired by everyday observations. He has done over 2000 shows across different genres. His journey from the board room to the biggest clubs, colleges, corporates, auditoriums, and comedy festivals has taken him to every corner of India and other countries. You can also spot him on TV in commercials for Havmor, MakeMyTrip, Loan Junction, Comedy Central India, Phillips, Apollo Hospitals, ICICI Prudential, Grofers, and more. His TV Debut was with Zee TV. He has been the winner of ‘Radio Mirchi Comedy Ka King 2014’ and his stand-up videos and comedy sketches have been featured as viral videos on YouTube garnering over 22 Million Views.

Karan has invested a decade in pursuing the art of deception. He is a veteran in sleight of hand, who also expresses his ability to decipher the human psyche through the medium of mentalism. He is a World Record holder and has bagged 2nd position in the first Indian Carditry championship. He has performed at IIT Delhi, in various restaurants, corporate events, weddings, parties, and NGOs across India.

Neena Bhattacharjee is a Psychologist, Leadership & Transformation Coach, and Talent Management professional. In her last corporate assignment, she was a Senior Leader with the Leadership Development team of Samsung Electronics, South West Asia. With almost three decades of experience, spanning an eclectic mix of global conglomerates & MNCs in consumer electronics, IT, Mobile, ITES, retail, telecommunications, advertising, etc., Neena has empowered ~ 4000 stakeholders including CEOs, Senior Leaders, and Executives, clocking ~ 100,000 man-hours of interventions achieving 100% targets in a VUCA environment. Besides her education as a Psychologist for five years, Neena has acquired numerous international certifications and possesses the expertise to objectively observe, assess, and analyze a repertoire of human behavior and competencies.

She is a multifaceted artist who has established herself as one of India’s most sought-after Live Host and Emcee. She has been awarded as WOW Awards Asia LQ Best Emcee 2019 and BW BusinessWorld Best Emcee 2019. She recently made her acting debut as the leading lady in the Bollywood movie and is a staunch advocate of animal rights and vegetarianism.

Varun is an Assistant Manager at Career Services DIT University with vast experience in the Education Management industry and a knack for building professional relationships. Varun is "a man of action" leading a multi-dimensional life with a dedicated focus on his mental as well as physical well-being. He is a practitioner of yoga and meditation, and an enthusiast when it comes to dance, music, karate, and trekking. He is dedicated to the promotion of social welfare. He trains underprivileged children in karate is associated with "The Art of Living ", an advisor to GPF-Global DITU, and a volunteer of Global Goodwill Ambassadors(GGA). Varun is an inspiring example of a man with a quest for a constantly evolving life of thrill and positivity.

Major General Vikram Dev Dogra was commissioned into the Poona Horse, an armored regiment in December 1981 from the Indian Military Academy where he was awarded the Sword of Honour for being the best all-round cadet and the Gold Medal for passing out first in the order of merit. He commanded the Poona Horse, 180 Armoured Brigade on the western front, and 22 Infantry Division part of a strike corps. He served as a United Nations Military Observer in UN Peace Keeping forces in Angola, Africa. He is a keen sportsman and a fitness enthusiast and has participated in several cycling events. He has cycled from Leh to Chandigarh over 5 of the highest mountain passes ranging from 13400 to 17600 On 01 July 2018, he completed Ironman Austria, the most grueling one-day endurance event in the world. He was awarded Ati Vishisht Seva Medal, by the President of India, in 2019 for distinguished service of an exceptional order. 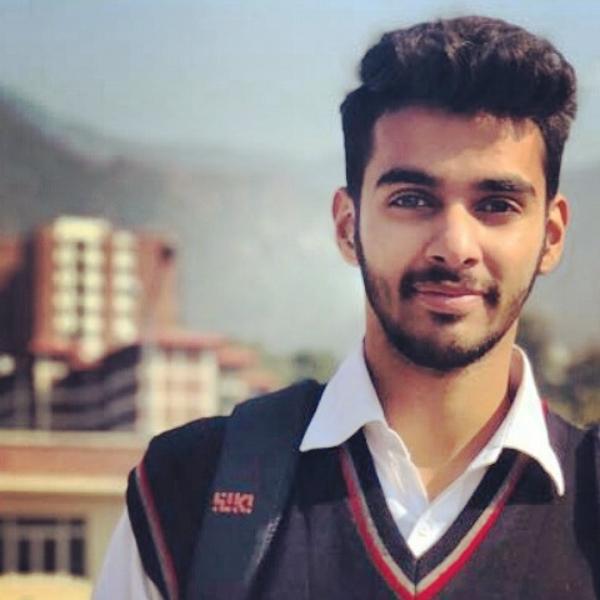