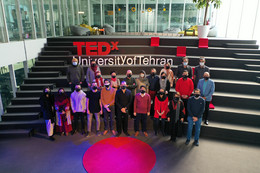 Nearly all of us have had strange experiences in our lives. There are so many weird events happening through the whole life that seem to defy any sort of rational explanation. We experience moments full of pure and unrepeatable feelings that can sometimes be difficult to describe with the color and simple words. The speakers of this event will capture their unique moments with tangible words so that we may touch a few minutes of their experiences.

Senior Director of Organizational Culture and Communication Development of Irancell

Arash Ghafouri is Culture Development and Communication Senior Manager at MTN Irancell. As a child, he faced a lot of problems among his friends at school and also family. So, In order to cope with his challenges, he started to study extensively more and more. Eventually, He got to the point that he became so knowledgeable than everyone, in a way that he knew everything. Now his mind is like an encyclopedia which has information on many subjects and on many aspects of sciences.

Ehsan Abdipour is a film director, writer and screenwriter from Bushehr and a graduate from the Faculty of Cinema and Theater at the University of Tehran in screenwriting. Ehsan has written and directed several films. People know Ehsan Abdipour not only by his films, but also by his successful side activity in the field of podcast production. Abdipour's amazing ability to create the different characters of his stories shows that he has a close relationship with literature and by using a wide range of words; he can make his characters tangible well for the audience with a few short sentences.

Fatemeh Ashrafi is a social activist and Corporate Social Responsibility Manager (CSR) in the Alibaba Group Holding Ltd. Her educational background is in the field of educational sciences that is specifically oriented towards educational management. With about twenty years of experience in voluntary activities in the field of social affairs, especially in the field of children's rights, Fatemeh has a different view of the mission of companies and successful startups in improving the situation of society. She believes that if productive businesses go beyond the non-targeted implementation of humanitarian affairs, and implement the concept of corporate social responsibility (CSR) in its correct form, In addition to a deeper and more lasting impact on their customers, they take a big step towards reducing social harms.

Hamidreza Nekouei is a designer and social activist who is interested in using design to help to improve the world around us. He believes that looking at different processes and events from a designer's point of view is worth considering in terms of differences in analysis. In this regard, he considers the use of design thinking in the correct analysis of events and finding the most appropriate solution according to the temporal and spatial situations of each period is an important part of a designer's knowledge. Voluntary and social activities have been one of his main concerns and for this reason he has played a significant role in the formation of more than 50 different events and communities in the Iranian design community over the past 10 years.

Heydar (Heydoo) Hedayati is a young talented musician. He was born in 1990 in southern parts of Iran. Later in 2009 he moved to Tehran and studied filmmaking and around 2012 he started working in cinematic projects and TV shows. He also has some worked done in the photography field and had several solo and group exhibitions. His first solo track “Mo si to” was released in 2016. Heydoo had a rich experience with music from his family side; he learnt to sing alongside his uncle and started playing traditional bagpipe when he was around 8 years old. He describes his music genre a practice of mixing southern Iranian folk music in combination with electronic and ambient music types.

He was an industrial engineer who was interested in social sciences. So He decided to turn to the other way and received a PhD in political sociology from Tarbiat Modarres University in 2007. He worked as a lecturer in sociology in University of Mazandaran (2002-2012). He was interested in Historical Sociology, Democratization studies, Social Impact Assessment, and Sociological Methods and Research. He has authored 5 books and translated 5 books from English to Persian. He has also contributed to more than 20 research projects and has written more than 25 scientific papers in Persian. He is now working in Shahid Beheshti University as an assistant professor of sociology.

Negar Sammaknejad is the first Iranian woman to finish UTMB. The Ultra-Trail du Mont-Blanc (UTMB) is a single-stage mountain ultra-marathon first held in 2003. It is a race of the Ultra-Trail World Tour. She graduated from UC, Irvine and went back to serve her motherland, Iran. Now she is also a faculty member of Shahid Beheshti University in the Research Institute of Cognitive Sciences in Tehran.

When people need to connect alien worlds, Nikoo is there to bring the potentials out and help to create a new world! She bridges the business & leadership development to art, art to awareness, healing to perfumery, and all for one cause: Let the life flows in, and you will be flourished! Nikoo’s major practices are bind into co-creating, arranging and co-deploying solutions for organizational and personal wide development, impacted by service design attitude with an artistic taste of experience design. She built her holistic mindset through experiences in business development, talent management, creative training, ergonomics, BPM, change management and theater as a practitioner, an entrepreneur and a consultant with MBA and industrial engineering background. 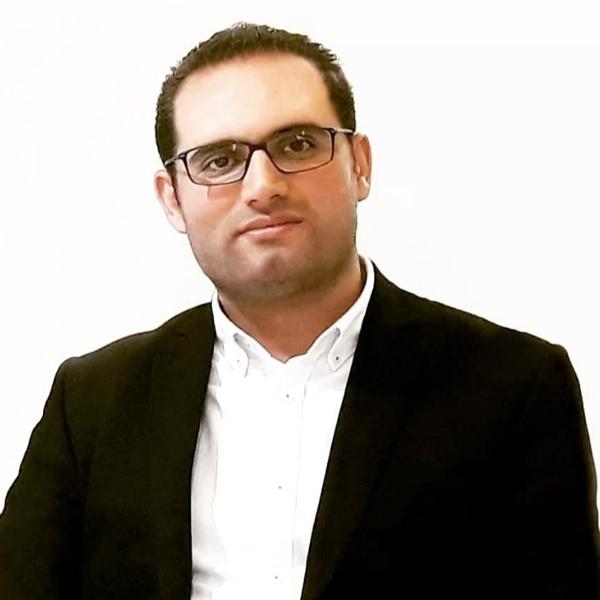 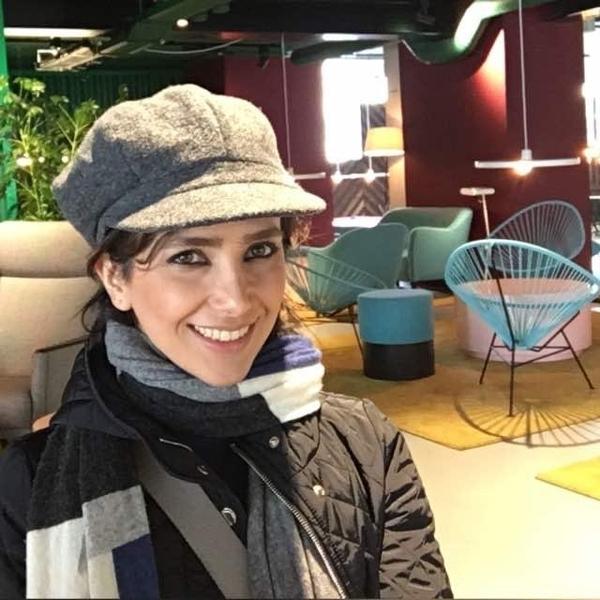