Alexa is a 21-year-old mechanical engineering student at István Széchenyi University. Beside her studies she works as an intern at Audi Hungária Zrt: she performs simulations related to tool factory robots. Her startup team Low-Cost Robotics develops robot arm prosthetics for children with limb deficiencies. Their solution has already won several innovation awards. In her spare time, she runs courses related to 3D printing and design. She has been an Aikido student for almost 15 years and became a black belt 4 years ago. Alexa is a student ambassador of the Association of Hungarian Women in Science. She is enthusiastic about encouraging young girls to choose engineering as a profession.

Anikó Baji, an emergency and triage nurse had been working in patient care for 24 years when she got her degree in communication and media studies. Since then, her aim has been to strengthen communication in healthcare. Based on partnership and dialogue, Anikó runs a Facebook page called the ‘ACUTE Section’ that has become one of the best-known healthcare communication forums in Hungary. She has also launched her blog ‘C-Track’ where she publishes short articles on acute patient care. Recently, she has produced a short movie on stroke and published two books with the title “Diary of a triage nurse.”

Anna T. Szabó is a Hungarian writer born in Transylvania (Romania) in 1972. She moved to Hungary in 1987, studied English and Hungarian literature at the University of Budapest, received her PhD in 2007 and has worked freelance ever since: published eight volumes of poetry, six books for children, three short story collections and received several prizes. She has translated many books and poems, writes essays, articles and plays, performs poetry together with jazz and classical musicians, took part in three popular literary series in television, and participated in several international readings and events. She used to be the poetry editor for The Hungarian Quarterly, and is a member of the Széchenyi Academy of Letters and Arts. She lives near Budapest with her husband the novelist György Dragomán and their two sons.

Áron Molnár is an actor and activist born in Serbia. He wanted to become an actor since he was four years old. He graduated from the University of Theatre and Film Arts in Budapest, Hungary in 2010. After working six years as a member of Vígszínház, he became a freelancer 4 years ago. Even as an actor, he always strived to solve problems of public affairs. In 2018 he felt that these problems had outgrown the walls of the theater and he didn’t want to talk about public affairs through a role anymore. Instead, he wanted to give his own voice to these issues. This is how he founded noÁr that was a music formation initially, but has grown into a movement by now. He believes that, regardless of party politics, we can fight together with a thinking and acting society for a more free and open country.

Dávid Szél is a father of two children and the husband of his wife. He is a counseling psychologist, a lecturer at the Faculty of Health Sciences at Semmelweis University and an occasional writer. He has published four books and many articles on family roles, gender roles, fatherhood, psychology, emancipation and feminism. He also gives talks about gender equality, open thinking and the importance of acceptance. He is very preoccupied with how to question and break social myths.

Dóra Lohonyai is first of all a human being, then mother, Autism activist, author, businesswoman, economist, MBA and BA. Her life has radically changed thanks to her children. Two of three have Autism and ADD. Her son is also mentally retarded and has Tourette Syndrom. Her third child is typically developing, however not at all average. She raises them alone. Her goal is to raise awareness and acceptance of Autism since one of 100 people have Autism today. Her first book, ‘Change of Karma, A six month journey to India alone with three children and Autism’ transformed as a natural progression from a successful blog she wrote while in India.

Eleni Korani is the ambassador of Hungarian fine art and plays a key role in the art market in Hungary. She is a committed initiator of exhibitions and actively supports events and institutions that put Hungarian culture into spotlight. She is an expert of 20th century Hungarian fine arts, providing consultancy to museums and institutions. She has founded and curated numerous art collections both in Hungary and internationally. In 2017 she evoked a paradigm shift in the Hungarian art market with the purchase of Ludwig Tihanyi’s Point St Michel Paris 1908 at a record price. Eleni is an active member of the community, working to raise the Hungarian painters and art to an international context.

Eva Duda is a Budapest based artist working on multiple levels of dance and performing arts. She is a several prize and award winner choreographer and stage director who is well known for big scale productions – famous musicals and spectaculous operas. She has founded her own contemporary dance company, the Eva Duda Dance Co. She always looks for unique forms of movements, with new ways and ideas experimenting the best solution for the play she is working on. She is also an activist, concerned about human rights and climate change matters, and has acted on the subject of abuse.

Franciska always wanted to become an actor since she was a child, yet she graduated college as a social worker. Her first film, ‘Victoria - The Zurich Express’ kicked off her career as an actor – she started with a title role and a number of international launch events and awards. Since then, she has played one role after another. She plays in movies, television series and theatre. At the same time, she teaches disadvantaged children and young people across Hungary. As a founding member of Knowledge is Power Art Company, she contributes to the integration of Romany Hungarians. She stands up for acceptance and openness. She believes that we have to make conscious decisions in our lives. In her talk, she explains how a woman can make decisions in her life today, as compared to women of previous generations. She talks about considerations, consequences, stereotypes – and freedom.

Kata Gyenes is a photographer. With her photos, she wants to reveal a real world, the small details and connections of which we often tend to overlook. Her first own exhibition “The dance of roses” was organised in her hometown Kecskemét. The series of photos drew a beautiful parallel between the artistic movements of ballet dancers and the natural beauty of roses. Following a short interview with the photographer, we displayed a summary of the photo exhibition at the TEDxLibertyBridgeWomen event.

Kata graduated from Berklee College of Music in Boston with a degree in jazz piano performing arts. Despite her young age, she has worked with world-renowned musicians, DJs, producers and performers. Her latest song, “You & I,” with one of EDM / Dubstep’s best-known figures in the genre, Flux Pavilion, was released in September 2020, received highly positive reviews in the U.S. and across Europe, and became an instant favorite among EDM fans. Kata is mentioned in the international press as one of the “most exciting lyricists, voices and songwriters of her time”. She writes music with emerging talents such as Finn Askew, Dylan Fraser, Sara Barta, MVRT, Virgoboi, Tribbs, Laura White, Monika Lewczuk, Hien, Lanberry or 4Dreamers. In addition to her music work, the Emmy Award-winning American 'A House Divided' series title (Live Good), the FINA Floating World Cup (We Are The Water) and the X - A Deleted Movie title (Evergreen) are also noteworthy.

Kata Szegedi is a fashion designer. Her brand, founded in 2009, has become one of the most important Hungarian brands in the contemporary fashion scene. The independent, Budapest based label's vision contains innovative, architectural design for cosmopolitans who are self-assured and proud of their individual image. Kata Szegedi is one of the emerging designers in Hungary, having won several awards, among others the Best Fashion Designer Award of Glamour Women of the Year in 2014.

Krisztina Hadas has been professionally active for the past 30 years, during which she has produced or has been involved in many popular and award-winning reports, documentaries and written two best-selling books. Her own documentary reality format, ‘Jön a Baba’ (‘Baby Is Born’ in English) has been running for the last seven years with unfading success. The series gained a substantial number of followers in Hungary among women of various backgrounds, and has become synonymous with diversity, tolerance and acceptance through case-by-case documentaries focusing on the social and emotional aspects of motherhood.

Orsi Temesvári survived an accident in April 2018, resulting in a spinal cord injury. She got paralyzed from the neck down and she uses a wheelchair now. She was forced to redefine her life from various perspectives, including health, human relationships, goals, femininity and sexuality. She keeps a blog, publishes articles and speaks at events to inspire others.

Sára Forgács-Fábián is the founder of the Amigos for Children Foundation, the pioneer of social startups in Hungary, one of the young talents of the Forbes 30 under 30 list. Sára founded and developed the organization initially of 10 members, to a nationally operating charity working with more than 150 volunteers. Amigos has made 1000 chronically ill, hospitalized children smile during its 6 years of existence, by teaching them languages and simply being friends. She conducts research on nonprofit growth strategies in her PhD studies while she teaches social startup management at the Corvinus University of Budapest.

Music has played a key role in his life since Szilárd was a child. At the age of twenty, he joined the band 'Quimby' that has become one of the most popular music bands in Hungary. He has been actively contributing to the creative activity of the band ever since: his instrumental ideas are as essential a part of the Quimby big picture as his other added values to the band, his managerial activity, his expertise in studio technology or music editing, his precision, goodwill and optimism. He graduated from the University of Szeged with a degree in communication and has become an active member of the Hungarian music scene. He has played as a guest musician or vocalist in many formations. He has also pursued a solo career since 2002. He has published six records. His recent EP called “Ego tréning” (‘Ego training’) also features Dorina Galambos and Flóra Kiss who have been collaborating as singers with Szilárd for several years.

Tom Kürti is a second generation entrepreneur, owner and head of KÜRT Academy. He leads programs focusing on agility and digitalization. He is most interested in the collaboration between human nature and the efficiency of technology. As a part of his social responsibility, he renewed the management of the KÜRT Foundation High School and established the Association for Responsible Family Enterprises in Hungary in 2009, of which he has been a member of the board. He was elected to the board of the Family Business Network International Next Generation in 2010 and then to the executive committee of the European Family Businesses Association in 2011.

Vera Mérő is a human rights advocate, communication specialist and media designer. She founded a group called “Nem tehetsz róla, tehetsz ellene” (“You can’t help it but you can act against it”) which has become a foundation. Her core driving force has always been seeking internal truth and external justice. Vera speaks up for human rights and encourages others to join her in doing so. How can we act against injustice? What can we benefit from it? And how can you turn a group of people into a community or, moreover, an entire movement? Her TEDxLibertyBridgeWomen talk answers these questions. 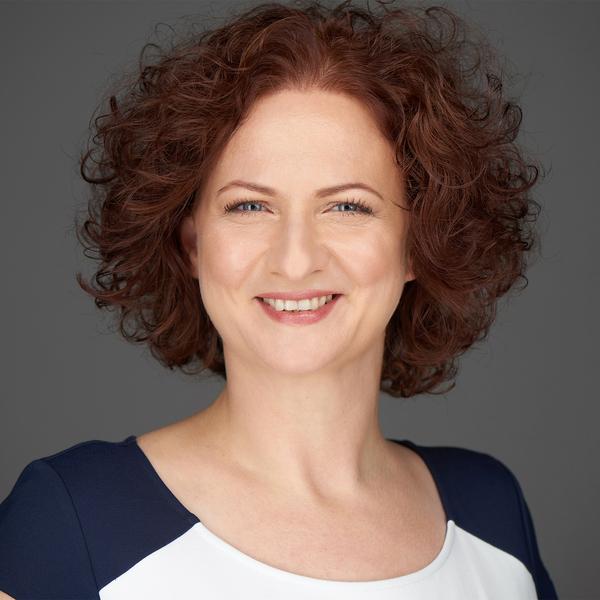 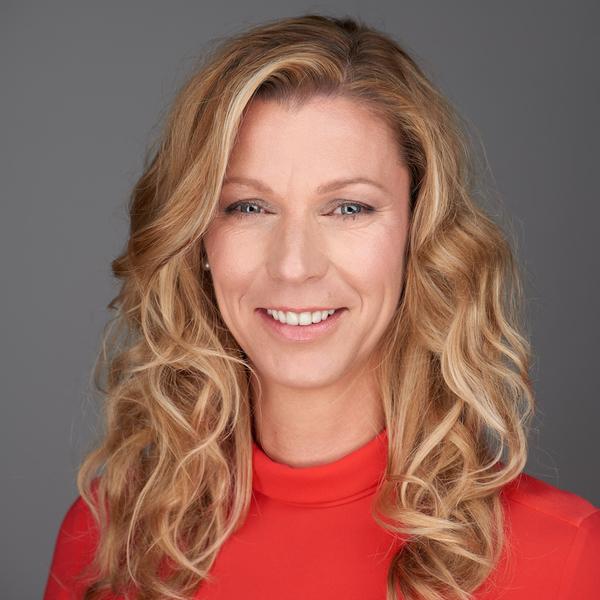