TEDxBanbury has curated an eclectic and exciting speaker performer programme for 2022. Each speaker will present their idea around the theme of 'Synergy'! Join us for this inspirational event at The Mill Arts Centre - Banbury, on the 24 September 2022. Doors open 11.45am. Event commences 12.30pm. Standard Tickets £36.75 + booking fee & VAT.

Chris trained at the Royal College of Art in the early 1970s and, a decade later, established a creative interface between his field of expertise, the contemporary arts, and the Pitt Rivers Museum in Oxford. The exhibitions he organised with Helene La Rue, the Museum’s ethnomusicologist, generated unexpected and alternative interpretations of this famous collection.

Gautam Hazari grew up in Ranchi, a small town in India, completing his education in Physics, specialising in Quantum Mechanics and Computer Applications. Gautam is a technology futurist and works as a CTO in a Startup in the Digital Identity space. He works with the mobile operators around the world on emerging technologies, digital Identity, 5G security, cyber security & privacy, Blockchain, Artificial Intelligence and holds patents on Identity and access control. Gautam led the implementation of the technology for the mobile identity initiative – Mobile Connect, across 30 countries. He has also been advisor to Startups in digital identity, healthcare, Internet of Things and Fraud and Security management. Gautam is a thought leader in the Privacy and Identity area, works with Industry players advocating solving the identity crisis in the digital space and speaks on making the digital world a safer place.

Isaac is a 22 year old singer-songwriter, pianist & multi-instrumental artist from Banbury, Oxfordshire with a number of high profile industry supporters including the likes of Tom Grennan, Gary Lightbody OBE & Chris Evans. Described by Wonderland Magazine as “one of the UK's hottest emerging talents…” Isaac Stuart’s career has had a meteoric rise over the last year, with highlights including his live performance on the Chris Evans Breakfast Show on Virgin Radio, supporting Snow Patrol at The London Palladium and his latest release ‘Saved’ featuring on hit ITV2 show Love Island. Isaac’s music has been continuously supported by BBC Introducing, which has quickly grown into national, commercial & BBC radio playlisting. Most recently Isaac had his first plays on BBC Radio 1. In February Isaac sold out his first headline tour to much acclaim, which culminated in a show at the prestigious Omeara in London.

Josie originates from Buckinghamshire, and is currently studying Chemistry at St Andrews. She is also host of the HER AMBITION Podcasts, interviewing key female leaders in industry. Her passions lie in STEM, problem solving and empowering young women to 'ingnite and inspire real change in industries' where women are under represented. Josie's interests include music, and she has achieved her ABRSM Grade 8 in both Piano and Voice with Merit.

After graduating with a Chemistry Degree and subsequent MBA, Julie spent 25 years ‘in corporate life' working in Sales and Marketing for companies including Unilever, GSK and McDonalds initially client side, then moving to agency, specialising in marketing training and consultancy, with 18 months living in Tokyo. Her ‘aha moment’ came whilst running a marketing workshop in Sao Paulo Brazil, the objective of which was to persuade South Americans to eat plastic-packed frozen chips instead of fresh potato. Realising there were more fulfilling ways to utilise her skills, Julie founded Neve’s Bees a family skincare business using only natural products and sustainable ingredients which donates per sale to wildlife charities. Julie is committed to sharing the joys immersion in the natural world brings. Julie lives in Rural Oxfordshire with her husband, 2 children, 3 cats, 4 hens, 5 beehives, 6-acre wildflower meadow…and Bella the Dog.

Laira is a Leadership and Organisational Coach, and a UKCP Accredited Psychotherapist. Alongside creative partner Harriet Hanmer, she co-founded Equilibrium Partners, a training provider that supports mid to senior level executives in areas such as self awareness, communication and leadership, specialising in supporting women’s leadership. Laira’s organisational clients have included Nissan, Thales Group, Renault F1, GoDaddy, Twitch, Taboola, Scapa, Ripple Foundation and Chiswick Business Park. One of the unique ways in which Laira coaches is through the medium of horses - Equine Facilitated Coaching. Exploring the horse’s silent language of gestures, the many subtle layers of communication and moments of human-horse connection has been a life long journey of discovery, which took her on a 4 year training to California to study the work of world famous natural horseman, Monty Roberts. She is one of 70 Certified Instructors, around the world, licensed to teach these methods.

Placi has spent the last twenty years supporting and working with science, technology and innovative companies in a variety of roles and emerging sectors, and is a well-respected mentor. Born in Spain she came to the UK for a year when she was just 19 years old, arriving from a small fishing village in South Spain to live a life of new experiences and what she calls her own accidental adventures in Oxford, a place she fell in love with. Connections, support, networking, human links with others have been at the centre of her life, heart and synergistic soul.

Sophie is a writer based in rural Northamptonshire. She trained as an actor at the Independent Centre for Actor Training in London, broadening her understanding of how to honour words and seek connection with both them, and others. As well as being a lover of stories and story telling, she believes the process of writing allows any individual to reflect, and safely explore the ‘self’ and vulnerabilities. As a creative art form, it allows a writer to revisit and develop works, enabling pieces to continually evolve, bringing a nexus between the writing, writer and audience. Her written work has been published by the Hedgehog Press, Ariel Publishing, Popshot, City Lit and The Rialto. Sophie is working on a debut novel, and a full length poetry collection.

Tila was born in Chiapas, Mexico in 1982, where she spent most of her childhood. She went on to study in the USA and in the UK, where she received her Masters degree in 2006 at Wimbledon College of Arts, London. Her MA dissertation and artworks focused on the uneasy overlap between culture and nature, a recurrent theme throughout Tila’s life and work. She is a member of the Bridge Street Community Garden in Banbury, Oxfordshire, where she heads up inspiring initiatives. Favourite TED Talk: Ana Teresa Fernández - How art allowed me to erase borders

Tim has been a professional puppeteer for over 25 years - sometimes behind the puppets in Theatre, often under the puppets in a live TV studio and more often than not on his knees for much of his working day. Having worked with some of the finest storytelling media companies in the world, Tim has crafted a career in puppetry with a serious passion for comedy, a fascination for the monstrous as well as the downright funny-peculiar! From presenter / puppeteer work at CBBC (Tim puppeteered Emlyn the Gremlyn live on the telly) to Lead Puppeteer for the BAFTA & International-Emmy nominated 'Strange Hill High' (even more enjoyable for the grown-ups, check it out!) Tim's performative creativity has brought him work as Character Designer and Puppet Maker for Nickelodeon, Channel 4 and Endemol as well as Director of Puppetry for Nick Jr's Becca's Bunch for Factory Create & Jam Media. Tim's 'Mr Fuggles' even trended on Twitter with a little help from Charlie Brooker. 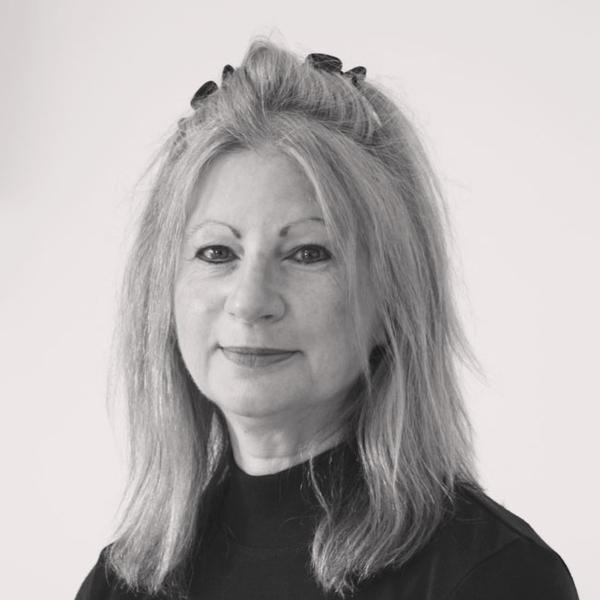