Isn’t the mind a very beautiful construct.
Your mind palace as we describe it is what defines you.
Let’s take a peek inside it.
What do you have in yours?
A living room full of memories and nostalgia, a ceiling intertwined with emotions, a playground full of hard work and determination, a basement with your deepest fears, a garden with flowers of ideas ready to bloom, or a terrace of hopes and dreams.
Whatever it may be, it is what makes you unique and can help you conquer the world.
You tap into your mind palace and it can show you your entire life - the past, present, and even the future in the sense of your next steps. With the decisions you take, you choose the way you stock up your mind palace and ultimately choose to invest in yourself.

In a world where people look for short cuts for success instead of opportunities, Amit Khanna has proved his mettle by his sheer hard work. The journey of being just an artist to a dignified persona in the field of not only photography but also acting, writing and directing has not been easy for Amit. Amit Khanna has added his signature touch in the field of fashion technology and film industry. His remarkable piece of art has earned him the prestigious Dada Saheb Phalke excellence award in the field of fashion photography. He had defined extraordinary benchmarks at national and international levels for everyone in his field. He is a fantastic torchbearer for budding photographers and artists. His varied interests and talents are what make his mind palace very intriguing. With persistence, out of the box and thought-provoking ideas, we are in awe of Amit Khanna’s mind palace.

Dr. Bharagava is a commitment-oriented person whose enthusiasm towards motivating and inspiring budding doctors is highly appreciable. He doesn't only inspire us in the field of medical and fitness but also this dedication and spirit toward his work.

Not many people are gifted enough to bring words to life, Vivek Arora has that special talent. Vivek Arora is a rapper more widely known by his stage name Karma. The Dehradun boy had had a flair of writing poems and rhymes since his school days. He was studying B. Sc. Until he decided to pursue his passion. He performed for live audiences and had a youtube channel where he would rap. He was majorly inspired by Eminem. His pursuit of passion was accompanied by struggle. Initially, he struggled to work his way around money. Many times in the initial days, his videos would not get enough views. But he never gave up. He was discovered by the rapper Raftaar in Dehradun. It wasn’t long after that that he became a sensation. The sweet poetries of his childhood have evolved into the fire that burns in Karma’s rap fueled by his passion and an incredible story of his struggle.

Success wasn’t ever overnight it was a journey for Sehej Maini, 23 year old Indian athlete, currently competing in the sport of Powerlifting. After 3 years of utmost dedication, practice and a lot of patience not only did she represent the country in Powerlifting World Championships, 2019 but also procured a bronze medal for the country. Sehej’s achievements are the product of her persistence and motivation which helps her grow every day. She has trained her mind to be dedicated and motivated which aims towards success to reach the top and at the end fuel again by the payoff of the hard work. As she immerses herself to devise new goals, new strategies and new techniques, her interest has now also tilted towards the sport of Weightlifting. She aims towards raising the bar high again by representing the country in the Olympics. She is a source of inspiration and pride for us all.

Here is the 22-year old, self-taught magician, Vivek Desai. He is a leading modern illusionist and mentalist of India. Possessing a mastery in sleight of hand and gift of the gab, he has become flawless in staged illusions and close-up magic. His immaculate tricks and maneuvers have impressed a large demography. In his journey from being a professional card cheater in casinos to a full-time illusionist, his cardistry has become supremely fine that never fails to leave the audience impressed. With a magic trick up his sleeves, he has grown to impress national as well as international celebrities like Radhika Apte, Irrfan, Alan Walker to name a few. Pulling the card of success in his deck, he never fails to be generous to society and is always looking forward to teaching his art to people passionate about it. He is always keen in changing the mentality of people about magic in India as he practices his art.

Here is a young and talented woman who has become a beacon of inspiration for everyone who knows her. Yogita started her career as an engineering graduate. She worked in the field of marketing for various companies until she finally found her passion for acting. Yogita Bihani has featured in some awe-inspiring and star-studded shows as she began her career. Since then, success is all she has ever known. Working with Salman Khan, launched in an Ekta Kapoor produced serial, is a bold dream that Yogita has realized with a lot of hard work and passion. The young beauty has also represented the state of Rajasthan in beauty pageants. In spite of her success, she has stayed humble and vigorously pursues her dream. 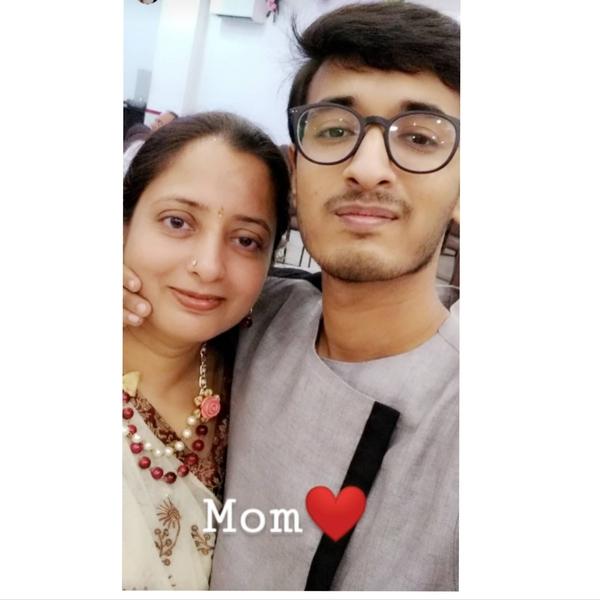