“To know what life is worth
you have to risk it once in a while.”

Jean-Paul Sartre, an existential philosopher, concises it well. Risk-taking is an innate call to claim one’s existence. To exist in your life! Risks are what life throws at you. Sometimes risks come crashing in the life uninvited, while other times you venture out towards it. Risk-taking and playing unsafe is being redefined in the present world context. Breathing life through the pandemic era is like facing war on all fronts, people are pushed to their extremes to come and rethink their comfort positions. Unsafe is the only safest paradigm that ensures existence in the world.

"Anahita (she/her, they/them) is the Founder-Director of QueerAbad, Ahmedabad's only Queer-Ally support and community platform. She is an educator and facilitator, teaching IB Theatre Arts and English Literature to 11th & 12th grade students, as well as running theatre based workshops on creativity, team & confidence building, mental health & peer support, & positive communication, for corporate and NGO clients. Regardless of the work or project, Anahita focuses on having a continued dialogue and engagement with gender, sexuality and the self."

Aruna Bahuguna is the first woman IPS officer in erstwhile Andhra Pradesh. She has served in challenging areas across the country and had risen to the seniormost rank of Director General of Police. She has been Indian Police Medal for Distinguished Service, President’s Police Medal for Meritorious Service and Union Home Minister’s Disc for Excellence in an Institution.

Kamal Nayak, the founder of the NGO Good Universe, is a UN SDSN Fellow, who advocates for sustainability in the field of women’s health, climate change, and gender equality. His NGO’s vision is to create a free and equal world where women, children and transgender can lead a dignified and secure life. Good Universe has positively impacted more than 40,000 women directly, and 10,00,000 women indirectly in the last six years. Being dearly addressed as the Padman of Hyderabad, he has also earned the title of Hyderabad Heroes Award by TOI.

Meghnad is a public policy professional and a die-hard Parliament nerd who’s currently the Associate Editor at Newslaundry. When he is not watching Lok Sabha and Rajya Sabha TV obsessively, he spends his time poring over legislation, trying to simplify them on Twitter and writing columns about them using GIFs. He hosted a series to simplify the working of the Indian government called ‘Consti-tuition’ with Newslaundry. He is a former LAMP fellow and has worked with multiple MPs in the past.

"Pooja Dagli is the founder of Robin Hood Academy, an initiative of the Robin Hood Army. Professionally, she is pursuing a career in corporate law. Her foodie genes, love for kids, and a strong desire to give back to society found her soul mate in Robin Hood Army. The Robin Hood Academy was founded in 2016 to empower underprivileged kids and bridge the education gap. The academy has mentored over 7300 street children in more than 102 cities, and over 1800 children, fondly called 'Academy Graduates', are enrolled in government-recognized schools."

Swami Sarvapriyananda is a Hindu monk of the Ramakrishna Order for more than 25 years. Currently, he is the head of the Vedanta Society of New York, a position he has been serving since January 2017. He was also in residence at Harvard Divinity School at Harvard University last year. He frequently speaks at events centred on the teachings of Advaita Vedanta. His spiritual lectures and teachings on the various texts of Advaita Vedanta are widely popular and followed by people worldwide. His series of lectures titled "Who am I?" are some of his most-watched talks.

"Adept in various art and photography genres, with an impeccable flair for creativity, Vimal Chandran could be aptly named a Visual Artist. He's a self-taught artist whose work is a skilful concoction of urban art, illustrations, installations, graphic design, photography and film. Hailing from Kerala, Vimal currently lives in Bangalore, India. Vimal undertakes commercial assignments/ brand collaborations with as much passion as his self initiated works. He is also the founder of 'Unposted letters' that showcases his works on unique lifestyle products. to" 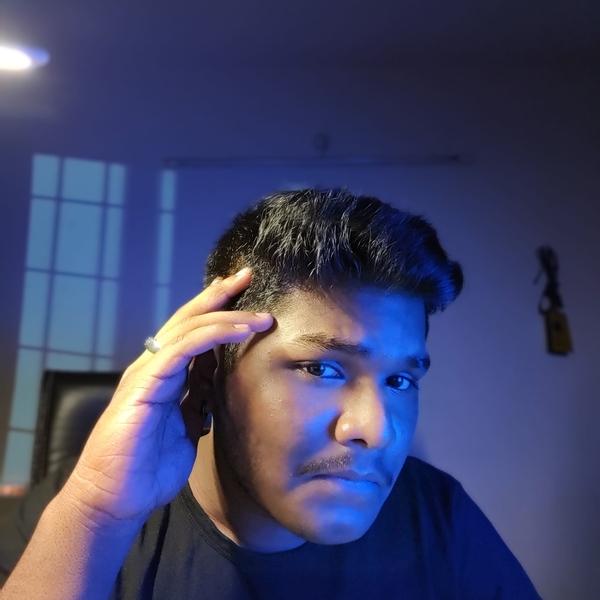