TEDxFreiburg is a locally and independently organized event under a TED license in the green city Freiburg. TED and TEDx events are devoted to ideas worth spreading from every discipline. In this spirit, our digital event on November 14th will feature live speakers from a wide range of different fields. See tedxfreiburg.com/2020

Organized by highly motivated volunteers, TEDxFreiburg doesn’t pursue any commercial gains. It is all about sharing ideas, provoking new thoughts, widening horizons. We want to create a platform in our hometown for thinkers, visionaries and all people who want to make a difference. This year, more than ever.

The tickets on the right include:
Full access to the TEDxFreiburg 2020 conference
9-11 inspiring talks given by local and international speakers
Interactive sessions during the breaks
The TEDxFreiburg digital goodie bag
Networking opportunities during and after the conference
Access to the exposition-area

We want to make TEDxFreiburg accessible for everyone. This is why you can decide how much to pay. The ticket descriptions may give you an idea of the costs related to our event. We are thankful for any support.
Your TEDxFreiburg Team

Who is Anne Denk? Anne Denk is a psychotherapist, trauma expert and certified EMDR therapist. An activity that is of increasing importance in times when one in six students has a mental illness and Corona limits our lives. Psychology and personal development is her passion and she spends a lot of her time deepening her knowledge and developing herself. What is her talk about? The challenges of the future such as social peace or climate change can only be mastered through collective cooperation. Her talk is intended to answer how we can use results from trauma therapy and neurobiology research to develop emotional resilience and resources so we can create more tolerant future together. What is her favourite TED Talk? It is “The power of vulnerability” from Bréne Brown, which she presented in June 2010 at TEDxHouston.

Who is Josef Schneider? Josef Schneider is a tech fanatic, entrepreneur and CEO at Pyramid Computer GmbH, a leading manufacturer of IT solutions for the retail and hospitality sector from Freiburg. Both privately and professionally, he deals with the topics of digitisation and data security. What is his talk about? Keeping our civilisation safe and care for our surrounding should currently be a common goal for everyone. But does this “new normal” have to imply lost privacy? Let’s have a look at what our digital and analogue privacy might look like after current pandemic. What is his favourite TED Talk? It is “On healing and forgiveness” from Dolph Lundgren, which he presented in September 2015 at the TEDxFullbrightSantaMonica.

Who is Maria-Xenia Hardt? Maria-Xenia Hardt works as a freelance journalist, writer, stage host and creative strategist for ambitious projects and ideas. She has directed numerous theatre productions, completed a PhD thesis in Cultural Studies about heroes in the TV series “Doctor Who” and teaches at Freiburg University. What is her talk about? Gender equality requires a change in culture. We have been playing by the rules dictated by the patriarchy way too long. These rules suck. We need new rules. We need a new culture: a culture of vaginas. What is her favourite TED Talk? It is “The power of vulnerability” from Brené Brown, which she presented in June 2020 at TEDxHouston.

Who is Martina Haas? Martina Haas is a public speaker, bestselling author, expert for networking and communication, lecturer and an appreciated dialogue partner of media. She started her career as a lawyer in Freiburg, was head of different departments of an international real estate and bank group and is a former CEO of different real estate companies. What is her talk about? Networking makes your life easier and brighter. It is not only a tool, it is an attitude and an essential soft skill. For leaders networking competence means leadership competence. But, networking success is not for free. You have to invest time, ideas and sometimes even money. What is her favourite TED Talk? It is “My stroke of insights” from Jill Bolte Taylor, which she presented in February 2008.

Who is Simon Sumbert? Simon Sumbert is a student, activist and, at 22 years, the youngest member of Freiburg’s municipal council. Since his early school day, he has been involved in youth development and participation. What is his talk about? Young people have shown in recent years that they can dictate the political agenda. However, they themselves are often barely represented in parliaments and ministries. In his talk, he will explain the causes, possible actions and why everyone benefits from it. What is his favourite TED Talk? It is “The next outbreak? We’re not ready” from Bill Gates, which he presented in March 2015 at the official TED Conference in Vancouver. 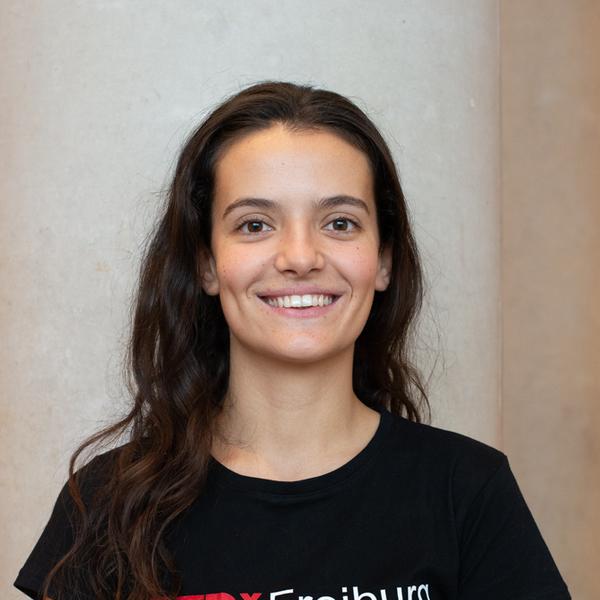 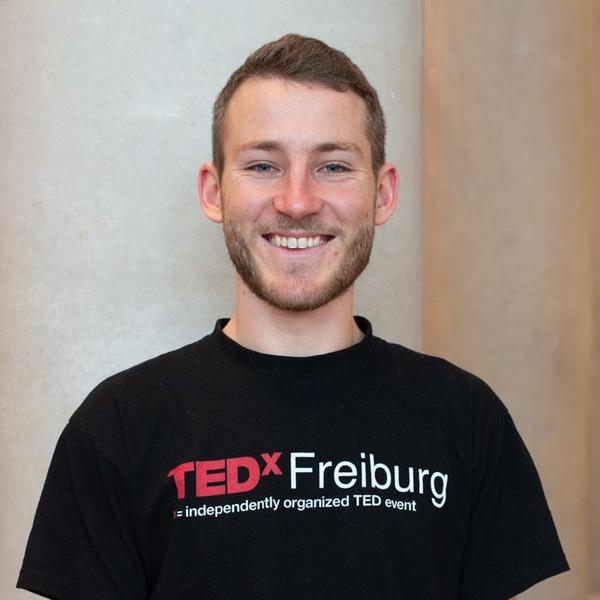