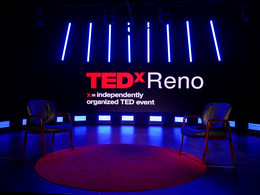 Christine Zack is an entrepreneurial and visionary leader who has over 15 years of experience as a corporate healthcare executive. Prior to joining Capability Health as its President & CEO in late 2018, Christine served on the executive management team for three national healthcare provider companies and a digital health start-up company. In addition to Christine’s role with Capability Health, which includes overseeing the largest private-sector pediatric rehabilitation program in Nevada, she also serves as a member of the Southern California-based Avanti Hospitals Compliance Board of Directors and as Adjunct Faculty in UNLV’s School of Public Health where she teaches healthcare law and ethics courses to Master’s level and law students. She is also a member of the Board of Trustees for The Shade Tree and a Director of the State of Nevada Association of Providers. Christine holds a JD from Tulane Law School and a BA from Dickinson College.

Collateral & Co., a collaborative Contemporary Dance Company, was founded in May 2017 when Founder and Artistic Director Caitlin McCarty returned to the Reno, Nevada area after working for New York-based Gallim Dance. Collateral & Co. explores the intricacies of the human experience and investigates the nuances of everyday life through the exploration of written word, dance film, physical and emotional experiences, and bodily expression. The company’s most recent work includes its performance of Dust Horizon at the Nevada Museum of Art in April of 2019, Dust Settled as part of Artown in July of 2019, and The Space Above at the Nevada Museum of Art in February 2020. The company filmed its first dance film, The Space Above, produced and directed in collaboration with Tweaking Reality Studios, in October of 2019. The film was named an official selection of the Utah Dance Film Festival and premiered at the Nevada Museum of Art in January of 2020.

Danny DeLaRosa is passionate about helping more people Live Greater. He works to bring first-class financial services to the communities he serves and is an advocate for economic development. Danny’s commitment to improving the community is evident in his involvement with local non-profit organizations including the Renown Health Foundation Board, Junior Achievement of Northern Nevada, and previous service as the chairman for the Chamber of Commerce in Reno, board member of the Education Alliance, and the Boys and Girl Club Board of Truckee Meadows. As the Chief Development Officer at Greater Nevada Credit Union, Danny leads the strategic planning for the credit union, Marketing, Business Development, Community Engagement, Projects and Analytics, People Engagement, and People Development. Danny believes in creating deep and meaningful relationships with members that are life changing.

Emily Jaenson’s motto is “Be so good they won’t forget you!” and this motto has carried her through her career on a non-linear path to General Manager of the Triple-A Reno Aces. Upon accepting this role, Jaenson became the first female in Triple-A to hold the GM role in nearly 20 years. Jaenson’s role as GM is to lead day to day business operations for baseball, including the event experience, community engagement, marketing and media, contribute to the sponsorship team, and serve on the Executive Leadership Team for the businesses associated with the ballpark. Emily is on a mission to bring excellence and intention to her job every day so that she can lead more women forward to pursue roles traditionally held by men. The next generation of leadership is female! When women take on big roles and make big impacts, the next generation will have the audacity to dream about their big future, and dream of the impact they can make on this world.

Hillary L. Schieve was elected as Reno’s Mayor on November 4, 2014. Prior to being elected Mayor, Hillary was elected as At-Large Reno City Council Member on November 6, 2012, and was sworn into office on November 14, 2012. Hillary brings to the Council her entrepreneurial experience as an employer and local business owner, as well as her out-of-the-box thinking which helped her businesses prosper during the economic downturn. Hillary is the owner and operator of three businesses in the City of Reno. Hillary was born and raised in Reno, Nevada. She attended Reno High School. Hillary grew up figure skating, where she competed nationally in pursuit of an Olympic dream, but was stricken with kidney failure. As fate would have it, her sister saved Hillary’s life by donating her kidney for a transplant operation. Hillary continues to be a strong advocate for organ donations and has lobbied nationwide to promote organ donor awareness.

Kaya Stanley is an Opportunity Zone (OZ) attorney, real estate broker, published author, and business owner. She currently serves as General Counsel for Axxcess Capital Partners, a San Diego based investment banking firm, and she was voted one of the country’s “Top 25 OZ Attorneys” by Opportunity Zone Magazine. Ms. Stanley is a general partner of 3SN Global Impact Capital which invests in companies that specialize in clean energy, waste remediation, medical devices, and affordable housing in compliance with the United Nations Sustainable Development Goals. Ms. Stanley is currently a Trustee for California’s largest restaurant self-insured group. She has served as General Counsel for Marco’s Pizza (when it grew from 50 to 1,000 stores), outside counsel for Wal-Mart and Home Depot, and as Executive Director for the National Jack-in-the-Box Franchisee Association. Along with her husband Kevin, Ms. Stanley is co-founder of a Reno-based restaurant group.

“Every human being is under construction and has unlimited potential.” This principle has inspired Ondra Berry to commit his life to inspire those within his sphere of influence to realize and actualize their hidden potential. Ondra’s skills were refined in a celebrated 25-year career in the Reno Police Department, where he retired as the Assistant Chief of Police over-seeing the administrative division. He continues his public service to his state and country as a Major General in the Nevada Air National Guard as the Adjutant General for the State of Nevada. Ondra lives by the mantra “For Such A Time As This, I am committed to being a Servant Leader."

Dr. Trudy Larson is Professor and founding Dean of the School of Community Health Sciences at the University of Nevada, Reno. Her primary areas of interest have been HIV/AIDS and immunizations. Dr. Larson is past chair of the Nevada Donor Network Board, oversees the Organ and Tissue Donor program at the UNR School of Medicine, is a board member at Northern Nevada HOPES, is active on the Nevada Public Health Foundation board and currently serves on the Governor’s Medical Advisory Team for COVID-19. Dr. Larson received her medical degree from the University of California, Irvine. She completed a Pediatric residency at the University of California Davis Medical Center followed by a fellowship in pediatric infectious disease at UCLA and has been at the University of Nevada, Reno since 1984. 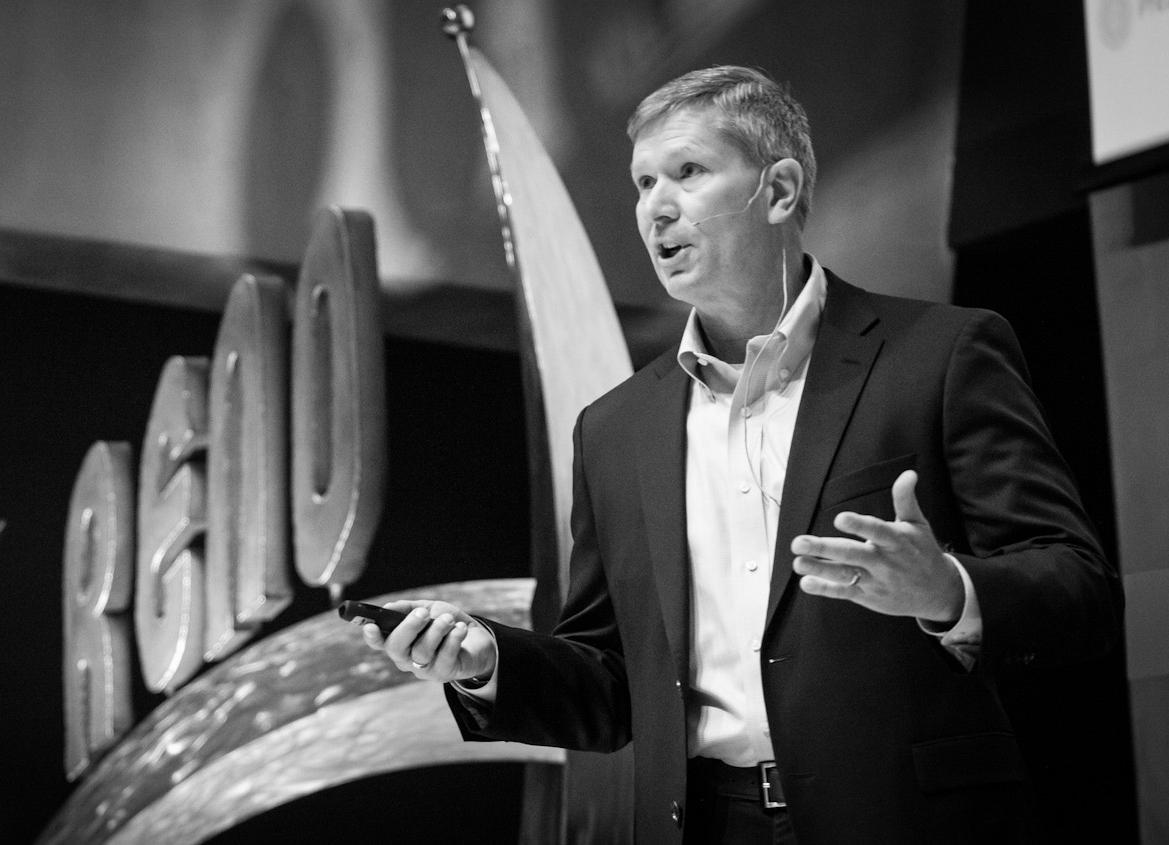 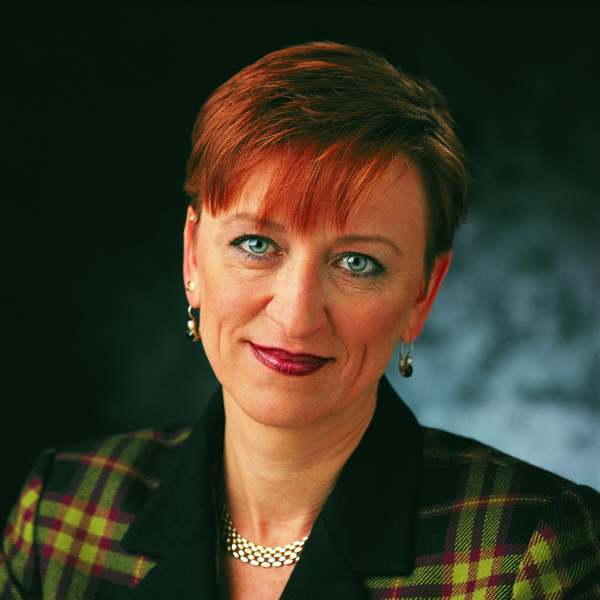