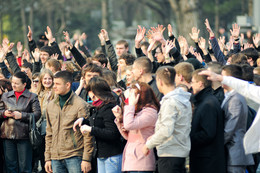 Around the clock, TEDxYouth@Chisinau is working hard to produce the most inspiring, and motivating “PLAY, BUILD, LEARN AND SHARE” event in Moldova. On the 20th of November we invite you to start a life changing adventure that will be sure to trigger your imagination!

November the twentieth will be an unforgettable day in the history of Chisinau, trust us it’s a day you don’t want to miss.

Only a select few will have the opportunity to witness the greatest inspirational event in decades showcasing live performances of young, ambitious, and truly breathtaking individuals.

After weeks of exciting brainstorming, the coordinators of TEDxYouth@Chisinau have chosen a handful of young leaders and professionals to present to an audience interested and willing to work towards a better society.

Of course! There were times when one of us said “Oh my god! How could we forget about this great speaker?”, but the team was flexible enough to keep pace with all the extraordinary ideas coming through.

It is time for our youth to stand; speak; and lead our country, and ignite the sleeping fire of prosperity within ourselves. Within each of us lies a lion worthy of being king. Ideas are meant to be shared; our youth embraces the philosophy of “Ideas Worth Spreading”. Criticism, misinterpretation, and opposition are factors we all consider when speaking publicly, but our speakers go above and beyond taking the biggest risk of all, the risk of influencing other people’s lives, by inspiring and motivating through the most powerful drug in the world, words. Words cause action and action leads to change.

Our speakers come from diverse backgrounds, all the way from our average citizen changing the world one block at a time to scientists tinkering around with robotics, circuits, and motherboards. We look forward to what surprises they have in store for us!

Diverse backgrounds lead to diverse ideas that if well put together could bring about true change in Moldova. All it takes is to plant that seed and pour water and let it grow over time.

The Facebook generation is blessed with great innovations in the worlds of theater, cuisine, entertainment, social media, marketing, NGO, and IT. That’s only one side of the equation.

Youth have something called the “will of fire”, something capable of changing how the world works. They are not afraid to ask the silliest questions because they have a genuine curiosity that is lost in many adults. Einstein was successful because he had the curiosity of a child and because of it he conducted “thought experiments” of riding a beam of light, it was because of this curiosity that he imagined a new theory, that theory became the Theory of Relativity overturning Newtons’ theory. Einstein won the Noble Prize in Physics a few years later. Why? Because he maintained a youthful view of the world. Youth changes society.

Here at TEDxYouth@Chisinau we encourage you to participate in “Ideas Worth Spreading” so we can all improve our society one step at a time. Step#1 : Come Join us on November 20th, at 10:00 AM in the Satiricus Theater!

Come and support the Moldovan youth leaders and those that at a young age have achieved more than what was thought possible. 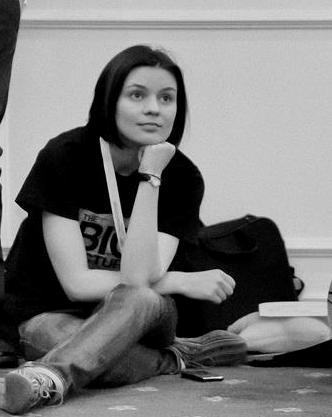