Founder and CEO of Recharkha and Co-founder of MyEcoSocial Planet, Amita has worked extensively in Sustainable Development and Corporate Social Responsibility since 2006. An IT Engineer by basic education, she went on to do her Masters at the Krannert School of Management, Purdue University, USA. She worked with CSR teams of multinational corporations, consultancies, non-profits, and community-based organisations in the United States and India and eventually founded Aarohana EcoSocial Developments in 2013 and now reCharkha - The EcoSocial Tribe and My EcoSocial Planet in 2020, where they up-cycle waste plastic into everyday utility products, thus generating employment for tribal women and artisans. Thus conserving the environment and providing a livelihood alike.

Anish is a community policing specialist and a law enforcement certified hostage and crisis negotiator. An (ongoing) academic in criminal justice and social work, his subject of specialisation is ‘evidence based community policing for crisis negotiations’. He is also an author and speaker, and is part of several boards, such as; icebreaQers and COMMCOP in Goa, India and Hey, Blue ! in Florida, USA. Anish is also a specialist visiting faculty at the post graduate degree program in ‘mediation and conflict resolution’, offered by the Maharashtra National Law University. In the past, Anish setup one of India’s most advanced community policing unit alongside the Goa Police, at Verna Police Station and was eventually recommended for the Prime Ministers SMART policing delegation (representing Goa) and also the chief ministers state medal, for his invaluable contributions.

Ayappa is a director of commercials, documentaries and television series. His work has been awarded both at Indian and international festivals including Cannes. He is known for his offbeat directing style and unusual casting. He has recently completed a satire series 'Gormint'. He is currently partner at Earlyman film, Mumbai.

Navtej Johar is a dancer/choreographer, yoga exponent, somatic practitioner, scholar and social activist. He has devised two pedagogical methods of embodied practice; namely, the BARPS method to practice asana more effectively, and Abhyas Somatics inspired by the sukha & rasa components of yoga and Indian poetics respectively. He holds the Grand Parent Certification (500 hours) from the Yoga Alliance. A Sangeet Natak Akademi awardee in Contemporary Choreography, he is a recipient of the Times of India Fellowship 1995, Charles Wallace Fellowship 1999, and a research fellowship at the "Interweaving Performance Cultures", International Research Centre, Berlin. Navtej Johar is currently a faculty at Ashoka University, Sonipat.

Prathamesh Chari is an upcoming Tabla player and Drummer hailing from Goa, India. A graduate in Sociology, Visharad in Tabla and Grade 8 in drums, his unique style of performing Tabla and Drums has been widely appreciated. He has got guidance from renowned artists in India such as Lester Godinho, Ravi Chary, Gino Banks, Mayank Bedekar, Amit Bhonsle. A drummer for "Brothers In Arms'' and a tabla player for "Bad Blood", Prathamesh is famous for his Indo-Western Jugalbandi performances. He has performed in various prestigious musical concerts all over India as well as abroad to name a few - IFFI Goa, Sunshine Music festival Wales and many more.

Dr Rajay Pawar, aptly called “Man of Letters” is the Head of the Konkani Department at Government College of Quepem, Member of the Executive Board of West Zone Cultural Centre and Member of the General Body of Entertainment Society of Goa. Throughout his career, Dr. Pawar has worked towards enhancing and protecting the Konkani language and its vast literature. He has been awarded doctorate for his thesis on ‘Reflections of Goan Society in Konkani Poetry’ which is the first ever doctoral study on Konkani Poetry. Dr Rajay Pawar has authored 11 books in Konkani in different genres. His book titled सैम आनी रुखमारो (2015) is the first-ever 3D book in Konkani Language. He is a recipient of the National literary Awards of Bharatiya Bhasha Parishad, Kolkata and Kavita Trust, Mangalore. He is also a recipient of State literary Awards of Konkani Bhasha Mandal, Goa Konkani Academy, Directorate of Art & Culture, Govt. of Goa among others.

A Coach for high performance & high profits, Sangeeta is on a mission to enable, empower and elevate businesses & individuals. She has a rich corporate experience of twenty-five years with multinationals. Sangeeta is a Chartered & Management Accountant, executive education from Harvard Business School, High Performance Business Coach from International Coaching Federation and Bestselling Author. 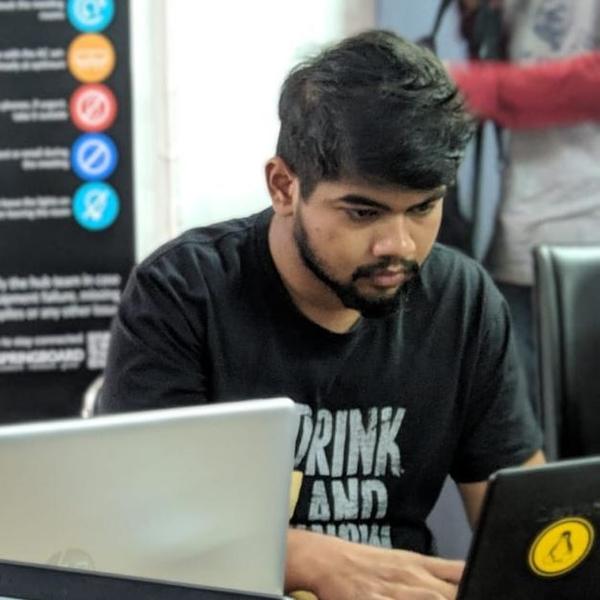