TEDxIUEA is the first TEDx event at the International University of East Africa. It will be a day filled with fun, inspiration and a lot of ideas worth spreading!

Mr. Aaron Kim Elton is a permaculture designer. Using permaculture he brings together different fields of science such as nutrition and botany to bring positive impact to peoples' lives. He runs Priceless Farms, a company that works on re-growing forested landscapes and positively impacting communities socially and financially.

Mr. Canary Mugume is an alum of the International University of East Africa and a prominent investigative journalist in Uganda. His investigative reporting is specialized in current affairs, dysfunctions of the economy, and social matters. He is also a Léo Africa Young Emerging Leaders Program Fellow.

Dr. Daniel Masaba is a Doctor who left his Medical career to pursue farming. He shares his journey of poultry and livestock farming on his almost 150,000 subscriber strong Youtube Channel FarmUp.

Mr. Edmund Walusimbi is the CEO of The Mentorship Class, a program that trains young people to become entrepreneurs and leaders in today's age by aiding them in their school-to-work transition. He is also the founder of The Secret Initiative which inspires young people to unravel their potential.

Dr Emeka Akaezuwa holds a PhD in Information Systems and Structures from Rutgers University and is currently the Vice Chancellor of International University of East Africa. He is a thought leader in pan-Africanism and education in Africa.

Mr. Aziizi Kafeero is a social entrepreneur and the founder of the Kafeero foundation which is a platform for digital literacy and incubation. He has supported many Ugandan youth in creating successful start-ups that solve local problems.

Mr. Lawrence Zikusoka tells us a story about Dr. Gladys Kalema-Zikusoka, Uganda's first wildlife veterinarian who noticed a problem affecting both humans and mountain gorillas around Bwindi Impenetrable Forest. She came up with a social enterprise that not only conserves endangered mountain gorillas, but also improves the lives of farmers around the forest.

Ms. Lisa Kanyomozi Rabwoni wears many hats, a multipotentialite. She is a business-owner of an Afrocentric accessories brand called Oboniire & Amaka, an interior design business; radio show host at NXT radio, a content creator under "Konversations with Kanyomozi" and much more!

Mrs. Lucrezia Biteete has a plethora of knowledge and experience in both business and IT. She is currently helping build Refactory, an innovative training programme for aspiring IT professionals in Uganda. She has also worked as a manager and consultant at Laboremus Uganda, a software development consultancy.

Mr. Michael Kiberu is a blockchain and cybersecurity expert from Uganda who has founded several initiatives like KIPYA that offers cryptocurrency trading, consultations and youth training. He is a forerunner in the push for the adoption of blockchain technologies in Africa.

Mrs. Nada Andersen is passionate about people and human achievement and a self-proclaimed 'smuggler of optimism into Uganda'. She works as a Technical Expert on the Revamp Team for UBC TV Uganda and a Director at Star Leo Advertising, a company she founded about 2 decades ago.

Mr. Ojok Okello has worked on several development initiatives that contributed towards the post-conflict reconstruction of Northern Uganda. In 2018, he co-founded RISE-UP, an urban refugees economic empowerment initiative that specializes in African fashions. In 2019, he founded Okere City, an ambitious integrated rural development project on a journey to build a sustainable city.

Ms.Patience Ankunda is a computer science student at Uganda Christian University and founder of Afrocanfit, an African fitness company. She has also been a Google Developer Student Club lead at her university.

Mr. Peter Hogel is a Swedish wildlife photographer, tour operator and owner of Sayari Safaris in Uganda. He has spent his life travelling to different countries but decided to close his studio in Sweden to settle in Africa.

Mr. Mafabi Pius Kevin is a software engineering student at the International University of East Africa and a passionate believer in the power of technology to have impact on the world. He was inspired to give this talk after seeing a friend's father survive stage 5 kidney failure.

Ms. Racheal Aye is a telecommunications graduate from the International University of East Africa.

Mr. Raymond Malinga left his 7-month old job in Malaysia to come back to Uganda and set up Creatures Animation Studio, a company that puts their heart into creating animations based on local African stories. One of their short films, 'A Kalabanda ate my homework' went on to win several international awards and nominations including a feature at the Cannes Film Festival.

Ms. Simran Merali is a journalism student, media personality and youth influencer. She is a radio show host on Nxt Radio and famous for hosting one of Uganda’s biggest youth shows: MTN pulse vibes.

Mr. Solomon Opio is the Technology Community Manager at the Innovation Village Uganda. He has also worked for Outbox Hub, in charge of training and other activities geared towards growth, skill development for the developer community, start-ups and industry players. He is the Google Cloud Developer Community Lead for Kampala, running programs, trainings, events and initiatives around Google Cloud technologies.

Mr Solomon King Benge is most notable for founding Fundi Bots, a non-profit that uses robotics to inspire a new generation of students and innovators in African schools. His work has received recognition by Google through a Google RISE grant in 2012, the BBC, Voice of America and Wired Magazine UK. He is also a 2014 Echoing Green Fellow, a 2014 Ashoka Fellow and a 2017 African Visionary Fellow (Segal Family Foundation). 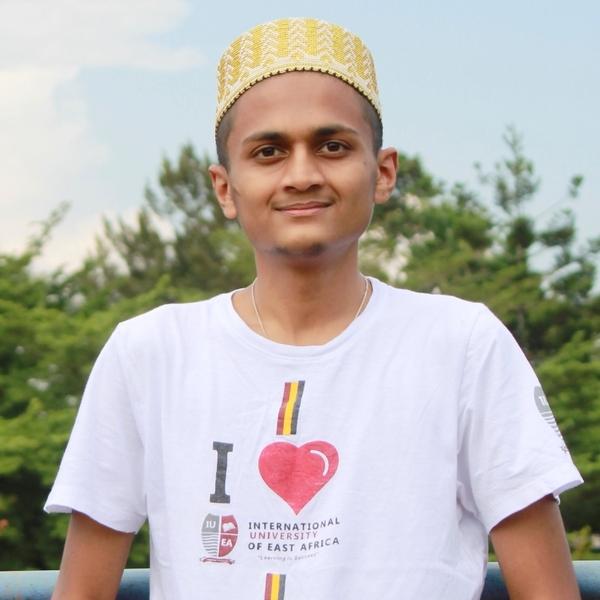