Theme: The Beauty of the Unknown

In a world defined by perpetual change, the youth will be entering an environment unlike any other and in the face of adversity, we will all embark on journeys into the unknown. Although the unknown may seem like an ominous place, this TEDx event intends to highlight the beauty in discovery and the journeys taken to get there. Sharing ideas about the past, present and future, this TEDx event will take place entirely online on the 20th of June!

Amanda Ballen is a poet, printmaker, thinker and educator. She has pursued extensive, interdisciplinary research into the phenomena of beauty and ugliness. She recently published a graphic poetry anthology, entitled Swimming to the Edge of the World. Amanda is currently the head of public education at the Roger Ballen Centre for Arts, a new museum in Johannesburg, which will open at the end of 2020.

Founder and Manging Partner of an Asset Management business

Anthea is the female founder and managing partner of South African based asset management business, a hugely male dominated industry. She started school under police guard in the Apartheid system, has lived through the Tunisian revolution, completed her first Ironman in Sweden, has completed her certificate and higher certificate in wine. For fun, she scuba dives, skis, kitesurfs, has authored a bestseller and finds comfort in facts and figures.

Arthur Goldstuck is an acclaimed writer, analyst and speaker on technology trends. He was awarded SA’s Distinguished Service in ICT Award in 2013, and named ICT Ambassador by ORT SA in 2019. He is author of 19 books and editor-in-chief of South Africa’s longest-running online consumer technology magazine, Gadget.co.za. He writes a weekly tech trends column for the Sunday Times, South Africa’s largest-circulation newspaper. He is founder of World Wide Worx, leading groundbreaking high-tech market research, and presents his insights to audiences around the globe, from CES in Las Vegas to Mobile World Congress in Barcelona to AfricaCom in Cape Town. He has been a speaker at both TEDx Soweto and TEDx Johannesburg.

Charlotte is currently a Grade 10 student at Redhill School. She is fascinated by stories, in all the different ways they appear – between the pages of a book, on a screen, or the narratives we create for ourselves. Charlotte is especially interested in the intersection of narrative and science. She was awarded the prize for “Junior Best Speaker” in 2019 and her hobbies include archery, ballet, writing, and music.

Chloé is a grade 11 student at Redhill. She is an American-Ivorian 17 year old living in Johannesburg. She is an avid ballet dancer in her free time and vice chair of the social and civic committee at school. Chloé is passionate about film and the role diversity plays within it. She plays a key role in campaigns within school like Nelson Mandela day and Youth day.

Jewish achiever award nominee, M&G’S top 200 Young South Africans, SAFTA nominated writer, Claudine Ullman is the founder of the Jittery Citizens troupe/Comedy training centre. She is an expert facilitator and teacher with students including David Kibuuka (writer on The Daily Show with Trevor Noah) and Loyiso Gola (Emmy nominated comedian). Claudine regularly performs both locally and abroad and including performances at the Johannesburg International Comedy Festival and The Comedy Cellar in New York. Her one woman show, "Artificially Infeminated", tours internationally. As an actress, Claudine has performed in Bantu Hour (SABC2), "Catching Feelings" (Netflix), "Queen Sono" (Netflix) and "Chin Up" (Showmax). She also has experience as a director and hosts a podcast "The Big Time". Claudine presented at TEDx Johannesburg in 2016.

David is a Grade 11 student at Redhill School, music enthusiast and the head of the Advocacy Committee in the Johannesburg Junior Council of 2020. The thing that lights David up is his passion for people. Between team talks in the changerooms before a football match or in the midst of laughter at a gathering, he finds fulfilment in the presence of others. His mind is especially drawn to the further role that social networking can play in bringing people together.

Director of Critical and Creative Thinking at Redhill School/Teacher

With an MEd in Pedagogy and 33 years teaching experience, Kemble is currently Director of Critical and Creative Thinking at Redhill School, where she launched Talking About Teaching and Thinking (TATT) programme. TATT facilitates groups of teachers to discuss pedagogy in theory and practice, building a thriving Professional Learning Community. Kemble also teaches Theory of Knowledge (IB) and part of Advanced Programme English, developing conceptual understanding with her students.

Les Morison is a family man, senior counsel, playwright, and cyclist. Born in Johannesburg, educated in Natal a Rotary Exchange student to Vancouver, Canada, and graduate of UKZN (Pmb) School of Law, Les has been in private legal practice for 30 years. Married to Judge Ingrid Opperman with whom he has two daughters, the older of whom is a Rotary Exchange Student in Germany, Les reads widely in history, morality and politics. He writes creatively and is involved in community upliftment through Rotary.

After conquering her fears of open seas, she wrote her name in history by being the first African female to sail to the Arctic in 2018. She has started working on her biggest sailing project yet, to sail around the world alone in 2024. She was awarded by the Nelson Mandela Foundation for her Presidential Character : Bravery in courageous efforts in climate change activism locally and internationally.

Mdu Ntuli: born and grew up in Durban KZN, attended UKZN, and now lives in Johannesburg. Mdu has been involved in genocide studies and education for 6 years with the South African Holocaust and Genocide foundation, first in Durban and now in Johannesburg. Being an educator for 6 years in genocide studies has given Mdu much insight into the power of words and education. As a speaker Mdu addresses various topics such as leadership, identity, and the power of education.

Michael has worked as an artist, teacher and part-time writer for many years. In the early 2000s, he worked as the managing editor of an online art publication called ArtThrob, and has written catalogue essays for Brett Murray, Sanell Aggenbach, Lyndi Sales and others. He has also dabbled in marketing and copywriting, and in 2018 crystalised a lot of his interests with a qualification in social media management from UCT. Michael’s interests lie in the way artists can manage their own public profiles online in an age where the bricks-and-mortar art gallery is on the decline. At this event, he talks about how he has managed to build an organic following on Facebook and Instagram, and how he leverages his somewhat mouthy personality to broaden his reach and sell work.

Nicola is a high school educator with a passion for social justice. She has run numerous Diversity Workshops for high school students who are interested in learning about issues around race, gender, sexuality and ability (to name a few). She is also the co-founder of “The Flat White Society” on Facebook, a group which aims to create courageous, productive spaces for white people to talk and learn about whiteness in South Africa. It is her hope to normalise productive discussions about race, so that South Africans may have more intimate, reciprocal and productive relationships with each other.

Shane is a bassist, composer and producer based in Johannesburg, known internationally for his work in jazz music, electronic music, composition. In 2013 he was selected as the Standard Bank Young Artist for Jazz in South Africa. In 2014 his album Oscillations won the SAMA for Best Jazz Album. He is known for his work with MABUTA, the Kyle Shepherd Trio, Card On Spokes, Zim Ngqawana, and many more. Shane is also a multi-award winning composer known for documentaries “Forerunners”, “Orbis” and “Port Nolloth: Between a Rock and a Hard Place”; theatre productions including Bret Bailey’s “SAMSON”, and co-producing the orchestral recording of Kyle Shepherd’s score for the feature film Noem My Skollie. He also writes and performs electronic dance music under the name Card on Spokes, and has shared the stage with Little Dragon, and Young Fathers, and performed live on Boiler Room.

Shantha is founding director of Mobility for Africa, a social enterprise that aims to bring the electric mobility revolution to rural Africa. Having spent the last two decades working in international humanitarian and development assistance in Africa & Asia, she is now eager to put her experience into this venture that she believes will make a difference and bring disruptive change to rural women’s lives. She has a master’s degree from Columbia University’s School of International and Public Affairs and an honors’ degree in History from University of Western Australia. She was a recipient of the Soros Documentary Fund and an ITVS grant for her documentary T-Shirt Travels, The Story of Secondhand Clothes and Third World Debt that was screened on public television in the US.

Thomas is currently a Grade 11 student at Redhill School. He is a young philanthropist making it ‘cool to care’ with an ardent desire to help improve the community around him – especially raising awareness for mental health. Thomas is passionate about the dramatic arts which extends to broadcasting, stage lighting and musical theatre. Thomas is also a founder and presenter on Redhill’s own radio station, Redradio. As Interact President and a Councillor on the Johannesburg Junior Council you will never find him thinking within a ‘box’, his ‘box’ does not exist and is happy to beat to his own drum – whether it is tackling a new trumpet piece, trying his hand at home DIY or pretending to be a good runner.

Tiffany is an educator, writer, research scientist, and serial entrepreneur. She is currently Faculty and Vice Chair of Medicine and Digital Biology at Singularity University in Silicon Valley. Tiffany is passionate about translating the leading edge of science and medicine to empower individuals, companies, and society to tackle humanity’s grand challenges and to prepare for a radically different future of life on Earth (and elsewhere).

Ulrico, a Redhill alum, is a technologist, conservationist, entrepreneur and immersive filmmaker. After studying mechanical engineering, Ulrico pursued entrepreneurship in the space where technology and experiences meet. Ulrico runs Habitat XR, a technology-driven storytelling studio with the goal of reconnecting people to nature using immersive technology. Ulrico has spoken all over the world including at the UN, and was named one of Fast Company Magazine’s Most Creative People in Business in 2019. 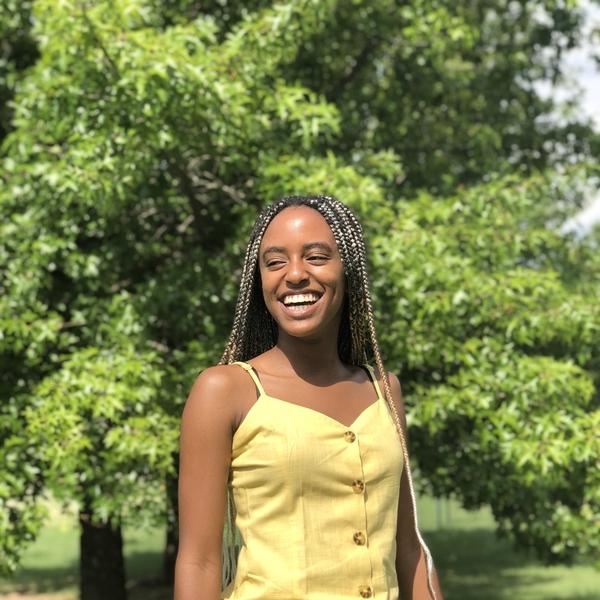 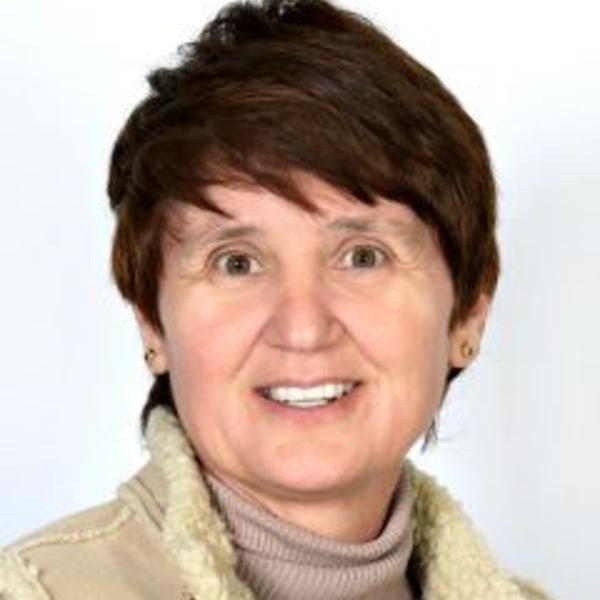