Theme: Up From the Ashes

TEDx Youth@NCSSM is a program designed to challenge and encourage people of all ages to engage and learn about some of the world’s biggest ideas. This year, we will coalesce around the theme “Up From the Ashes,” seeking to highlight how we all have risen from hardship and emerged stronger. Organized by a team of students at the North Carolina School of Science and Mathematics, this event has been long in the works, and is open to all to attend and stretch your brains and learn beyond what one can expect.

Esha is a junior at NCSSM, and a previous attendee of Lake Norman High School in her hometown of Mooresville, North Carolina. In her spare time, she enjoys YA novels, world travel, swimming, and wrestling. In the future, Esha hopes to pursue studies in neuroscience, focusing on neurodegenerative disorders and diseases and traumatic brain injuries. However, she also seeks to explore her interest in self-confidence and self-motivation. It is her belief that every person should feel good about themselves, and not let their self-consciousness stop them from pursuing their dreams.

The Founder and CEO of Archangel Academy, "a coaching program that helps dreamers become changemakers." He is also a 3-time Emmy Award winning producer of his film, Dreamer.

Heather Chandler is a video game producer with 25 years and counting under her belt in the game industry. She’s led teams at Epic Games, Electronic Arts, Ubisoft, and Activision. She’s launched over 40 games across all gaming platforms and has worked on popular franchises including Fortnite, Star Trek, and Ghost Recon. Heather is currently working on a game about the ocean called Beyond Blue. She also combined her passion for team building and games to start an escape room called Whole Brain Escape in her hometown of Apex, NC! She is a strong advocate for STEM education and committed to providing opportunities to students of all ages to get involved with technology.

Jenevieve Surkin is a sophomore at the University of North Carolina at Chapel Hill where she is exploring her love of Mandarin and majoring in biomedical engineering (BME) and is an alumni of the North Carolina School of Science and Math online program. Conflict and compromise has been a part of human nature that has perpetually fascinated and perplexed Jenevieve on both a global and personal level. She strives to understand everyone and everything, to embrace differences in perspective and learn from others. Jenevieve has been learning Mandarin since she was six years old which has led her to discover biomedical engineering in a global health setting where the competitive nature of science hinders its accessibility and progress. Her favorite area in BME thus far is neuroprosthetics, but she is also very interested in other areas of wearable tech. In her free time, Jenevieve is also a major dog-lover, trekkie, chocolate connoisseur, aspiring poet, avid reader, and robotics fanatic.

Julianna Surkin graduated from NCSSM’s online program in the class of 2019 and is now an Honors student at UNC Chapel Hill studying computer science, cognitive science and studio arts. She has managed projects that intersect in the technological, business, artistic and medical spheres while navigating the complexities and idiosyncrasies that each provides. Julianna is currently exploring applications of human-computer interaction in order to make everyday use of technology more intuitive for everyone. The first TED event she attended was the 2018 TEDxYouth @NCSSM when the theme that year was growth. She was incredibly inspired by the speakers’ experiences, the audience’s discussions and the organizers’ dedication to bringing the spirit of TED to the NCSSM and NC community. For this year’s TEDxYouth @NCSSM event, she finds that these attributes have only grown to surpass the challenges of 2020 and the potential for greatness in 2021.

Sewoe Mortoo, a student at the North Carolina School of Science and Mathematics in Durham, NC, weaves a story of her family’s experiences with labels throughout their lives, exploring the relationship that many first-generation children have with their ancestry. Sewoe is a junior at NCSSM, and a previous attendee of South Iredell High School in her hometown of Mooresville, North Carolina. In her spare time, she sings, bakes, and creates visual arts works. She is considering pursuing a future career as a civil rights lawyer. She also hopes to continue exploring her new interest in speaking about her experiences with labels. Sewoe advocates for the respect of people’s identities and heritage regardless of one’s personal experience of it; she wishes that everyone can learn about who they meet before they craft a stereotype. 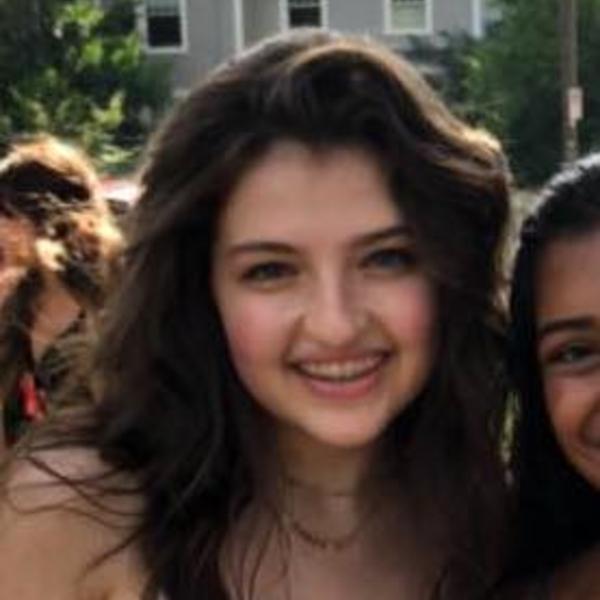