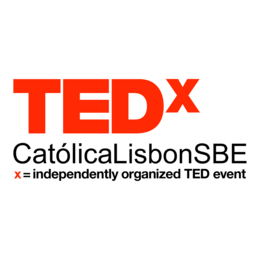 For the third year in a row Católica-Lisbon School of Business & Economics will be hosting a TEDx event. This year’s event will be held online under the theme Break the rules on the 24th of September, 2020. Our goal is to inspire our audience to dream of change and challenge the status quo.

These are just some of the questions we aim to answer at this year’s edition of TEDxCatòlicaLisbonSBE:

What does it mean to break the rules?

How do you break the rules effectively to initiate change?

What makes an idea to a rule breaking?

How do you inspire people to not accept the status quo and to do things differently?

How do you turn a rule breaking idea into action to create a change in society?

Arman Vestad is a former ex-criminal who became known as „The Gunman from Molde“ in the Orderud case, due to his delivery of weapons in a tripple-homecide. After spending several years in prison and trying to attempting suicide, he became debt counselor and national project manager for personal finance for the public government, turning his life upside down. After working for the public government for nearly 15 years, Arman is nowadays taking advantage of his experience to help others. Mainly, he is teaching employers and leaders the benefits of hiring ex-criminals as well as he supports ex-criminals on their integration back into society and tries to help these former rule breakers to correctly behave in job interviews and their daily job routine. With his work, Arman is creating win-win situations for both parties. He is also working as a professional keynote speaker in Norway.

Clémentine Desseaux is a model, activist, and the founder of The All Womxn Project, which established a platform for womxn to support body positivity, representation, empowerment, and self-acceptance. Harper’s Bazaar has recognized her as a “face-to-watch” and Vogue as “top ten plus size models to follow.” She has starred in campaigns for Levi’s, H&M, Macy’s, Nordstrom, Express, Nike, Anthropology, and spoke at her first TEDTalk in April 2019 in Edinburgh, Scotland. This globetrotting activist, entrepreneur, and model continues to combine her French roots, brave heart, and unique style to build her empire.

Eunice lost her parents when she was a child and although permanently belonging to the top percentage of students in high school and college, she soon realized that she wanted to strive for something greater than working for the Customs. Neglecting money and not listening to her family, she made her own way and tells you how you can find your own purpose in life.

Frederico is CEO of Junior Achievement Portugal, Lecturer at Católica Lisbon and founder of the NGO “Terra dos Sonhos”. Frederico has an academic background in law and management. After working in the law and banking sector for years he started to focus on his passion “Social Entrepreneurship”. In the context of his job as CEO of Junior Achievement Portugal he provides young people with the needed resources to succeed in the job market and to become an entrepreneur. Since 2011 he was leader, trainer and mentor in more than 25 Social Entrepreneurship Bootcamps. In addition, he is lecturer at Católica Lisbon in the context of “Building Impact Ventures”. In 2007 he founded Terra dos Sonhos (Land of Dreams), an NGO dedicated to working with the emotional health of children with life-threatening chronic diseases, children at risk and the elderly.

Gustavo Guadagnini is a business administrator graduated from PUC-SP and serves as Managing Director of the organization The Good Food Institute in Brazil. Its objective is to create a healthier, safer, fairer, and more sustainable food production chain by supporting industries that aim to create alternatives to the use of ingredients with an animal origin, whether in vegetable-based technologies or in cultured tissues. He is one of the most active lawyers in the sector, which is why he has lectured at several large companies, universities, innovation centers, and projects like TEDx. He has also had the opportunity to collaborate with the media with interviews or comments for Fantástico, GloboNews, Estadão, Exame, UOL, Terra, among others. In 2020, he was listed by GQ magazine as one of the Brazilians on the list of "25 names that can save the world.

As a Brazilian expert on creativity and creative methodologies, Jean wants us to get out of our comfort zone, forget stability, and seek intentional adaption. Jean is a partner and teacher of Latin America's biggest school for teaching methodologies. To get to a new learning state, we need to take three actions: Accept not knowing, understand the principle of non-resistance, and transparency.

Julius is a political campaign manager and an expert of the political environment in the US. As a student he got a basketball scholarship and went to the US and had chances to become a NBA player. After he got badly injured he decided to focus on his second passon - politics. During this time Barack Obama was running for president the first time. Julius founded a student’s club at his university supporting Obama. After a while he got more and more involved and ended up as part of Obama’s election campaign team in 2008 & 2012. Both campaigns were rule breaking in the context of the US history. Social Media was used in a totally different way to mobilize supporters, Obama focused small donations from thousands of people instead of a few huge donations from big corporations. Nowadays, Julius is back in Germany and is often present in TV shows commenting on the political developments in the United States.

Nic Von Rupp is a professional Big Wave Surfer who is challenging the limits of surfing. Growing up in Sintra as a son of a German father and a Portuguese mother he learned to surf at an early age. In his career as a junior, he won national and international titles. With an excellent reputation worldwide, Nic was considered “European Surfer of the Year” in 2013; he finished his first participation in “WQS” in 60th place, after winning the “Pawa Tube Fest” in Mexico in 2014; he was honored with a silver medal at ISA World Surfing Games and his victory in the Moche Rip Curl Pro Trials allowed him to compete in the World Championship Tour. In 2020 he finished the big wave season as 9th best surfer and is to be considered as one of the best 10 Big Wave Surfers of the world. Besides surfing, he created his own brand XY and is publishing YouTube videos under the title “von Froth”. Recently von Rupp started focusing more and more for what he is known for, for what he is respected for, and for what he is here for chasing the world's biggest and heaviest waves in documentaries from Nazaré to Ireland and beyond.

Within the space of three months, Sinead Kane was awarded two Ph.D. doctorates. She is also the holder of a Guinness World Record for being the first blind person to complete a marathon on each of the seven continents, a feat which she completed in less than 7 days in January 2017 and the first Irish female to do the world marathon challenge. Sinead has overcome a lot of adversity throughout her life and now wants to help others. She proves how those who persist in spite of a disability can develop determination, motivation, and creativity. 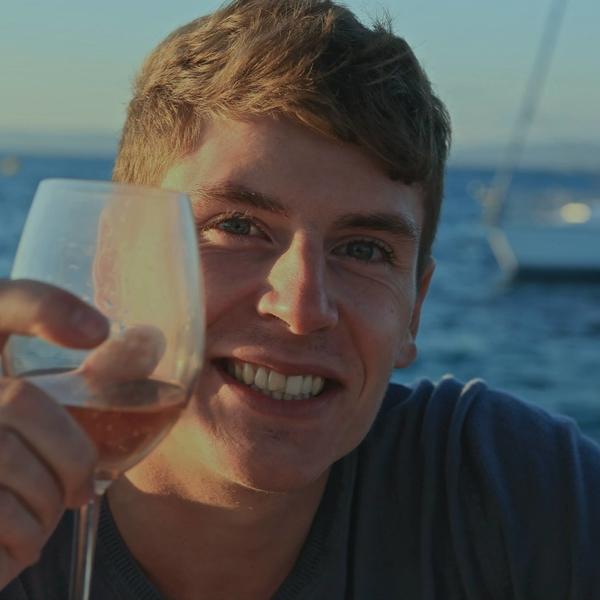