In the theme of harmony and concord, we hope to bring the Perth community together and inspire everyone with our amazing speakers.

Love exciting ideas and fascinating stories? Our speakers will present insight into their stories, ambitions and discoveries.
Catering will be provided and there will be opportunities to network with our wonderful speakers throughout the day.

Please note: By buying a ticket you agree to be photographed and abide by COVID safety rules.

We hope to see you there!

Brendan is a Perth-based cook. He is known for his Chinese-Mauritian food but has also dabbled in contemporary, café-style food and fine dining. After leaving his job as a social worker in Broome, Brendan blossomed into the food industry, furthering his passion for cooking that even led him onto MasterChef Australia. Following his elimination from the show, Brendan kick-started his dumpling business, Bumplings Perth, to which he spends most of his time managing. Whether through his airstream kitchen Bumplings, his cookbook, through MasterChef Australia or other – Brendan loves to share his food and love of it for everyone to enjoy too.

Eric May is CEO of the Future Energy Exports CRC and the Chevron Chair in Gas Process Engineering at UWA. He is also the Director of the Australian Centre for LNG Futures and an Australian Research Council Future Fellow. His research team works closely with industry on energy and Hydrogen production, refrigeration technologies, and carbon capture and storage. Eric was awarded the Malcolm McIntosh Prize for Physical Scientist of the Year as part of the 2012 Prime Minister’s Prizes for Science. In 2017, he co-established Gas Capture Technologies Pty Ltd, a spin-out company for patented technologies to capture methane from coal mines, land-fill gas and other sources. Launched in 2020, the FEnEx CRC brings together $163 million in resources from industry and government to conduct industrial-scale research supporting LNG and Hydrogen exports from Australia.

From working behind the scenes alongside top judges and arguing cases before them in New Zealand, to sitting on the bench as a criminal magistrate in the Seychelles, to teaching young lawyers about courtroom ethics, Jessica has been fascinated by the role of judges in society for over a decade. She’s now a PhD candidate at the UWA Law School, researching the gaps in our current writing and thinking about judges and why we (should) trust them. In her TEDxUWA Choice Award-winning Three Minute Thesis (3MT) talk in 2019, Jessica asked how much we really know about what qualifies people to sit in judgment on us, and why we have to get past the taboo on talking about ‘judge school’. Research aside, Jessica is loving settling into Perth with her growing family and supporting the next generation of lawyers through her tutoring work at UWA.

Founder of the Boxing Project

Lisa is focused on creating conversations, challenging mindsets and facilitating change. Utilizing her experience in traditional commercial enterprises to create an effective and targeted for-purpose model. Growing up around the world, with a diverse family entrenched the knowledge that no matter where you went, women were the driving force that kept the world running, and that gendered challenges were a global issue. She is the founder and Chair of The Boxing Project: empowering women to claim their space without apology. Lisa's current role is as Regional Manager Western Australia, Young Change Agents: helping youth see problems as opportunities through social entrepreneurship.

Over the past 5 years Mihailo has spent countless hours on various social media platforms, “accidentally” ignoring his academic work, to create viral content that is seen by millions of people weekly. His experience in growing pages, accounts and digital brands has led him from Perth to Manchester and back, working alongside companies such as the BBC. His online prowess has led him to start his own social media consulting agency where he has advised the Federal Government on social media law in Australia. He’s been able to do all of this by the ripe old age of 21.

Fellow of the Australian Academy of Health and Medical Sciences

Wendy Erber is a medical doctor and specialist Haematologist, and Professor of Pathology and Laboratory Medicine of the University of Western Australia. Wendy has worked in Sydney, Cambridge and is now settled in Perth. Throughout her career, Wendy has been active in discovery new knowledge in blood cancers and translating those findings to benefit patient care and outcomes She is an enthusiastic teacher and supervisor and contributes her expertise locally and to resource-constrained countries. She has more than 180 publications in peer-reviewed journals and published 3 books.

Founder of The Difference

Zara Torre is a dentist, law and international relations graduate with a Masters in Public Health and a particular interest in health economics addressing social disadvantage. She was awarded a scholarship for studies in Social impact from The Centre for Social Impact as well as invited to be one of McKinsey's Young Leaders for her contributions to the non-profit sector in Australia. She has worked for years organising large scale public health interventions both locally and internationally, and has recently founded tech start up The Difference. 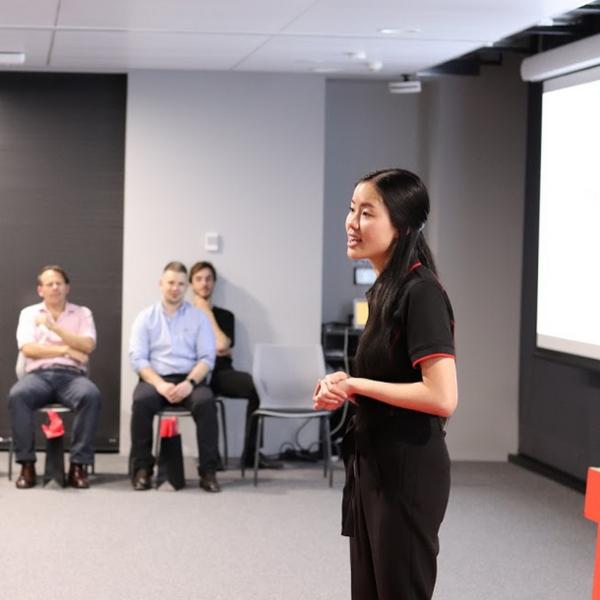